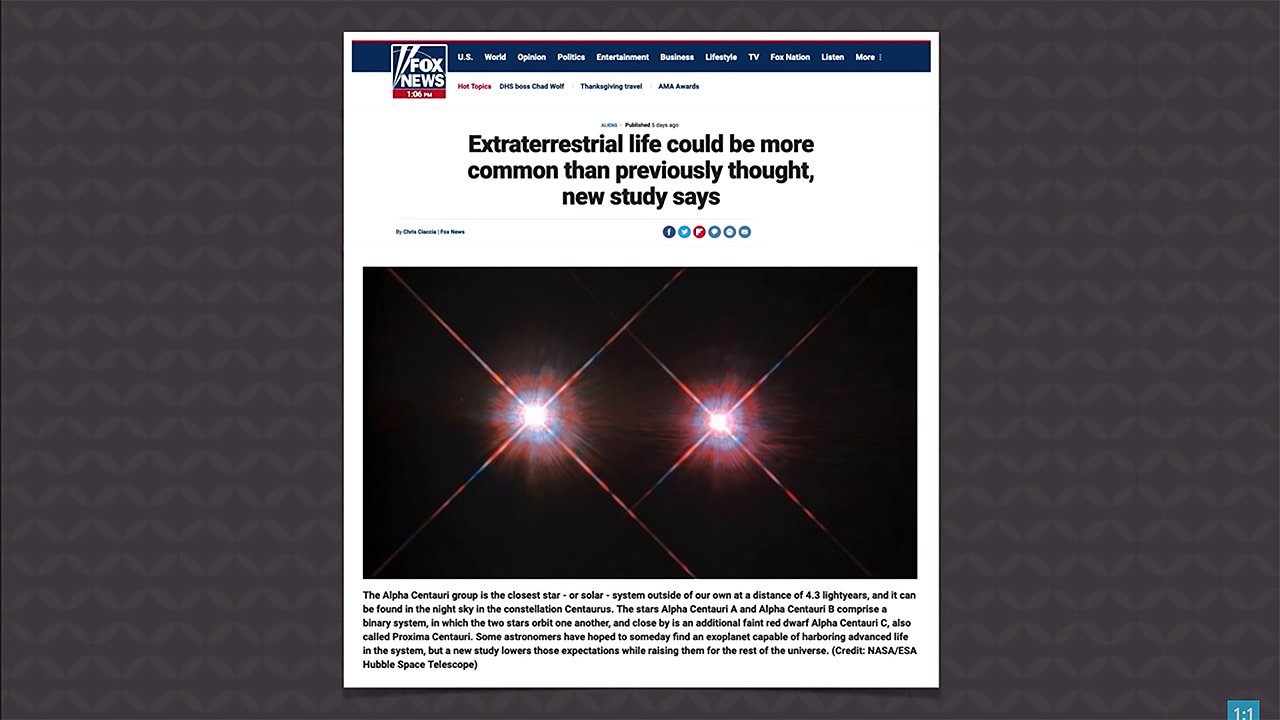 Evolutionists are desperate to find extraterrestrial life. Why? Because their worldview demands it. If life evolved here on earth, it must exist elsewhere—after all, in their view, the earth is only 4.5-billion-years-old, but the universe is 13.5-billion-years-old. So, if life evolved here, it must have evolved elsewhere, given how much older the universe is than earth with all its diversity of life. But the search hasn’t been successful.

It’s interesting that the desperate hunt continues, with studies often giving differing results. For example, a recent article proclaimed, “Extraterrestrial life could be more common than previously thought, new study says.” The new study looked at binary star systems (where one star revolves around another, or around a common center). It concluded that a theoretical earth in this system would have a tilt similar to earth, one of the many ingredients necessary for life as we know it to exist. Since binary star systems are common, exoplanets with a tilted axis may be common as well. Therefore, they assume, life could also be common.

But then you continue reading in the article. And it mentions two previous studies:

A comprehensive study published in June found no evidence of extraterrestrial life among more than 1,300 stars in close proximity to Earth, a hunt that spanned more than three years.

A separate study published that month drastically cut the number of planets that could potentially host intelligent life, noting that the definition for the "habitable zone" – the distance between a planet and star – "is likely limited relative to that for microbial life."

God’s Word tells us that earth was specifically formed to be inhabited (Isaiah 45:18).

So, which is it? Is life common, or is it not? Well, we don’t start with evolutionary assumptions. We start with God’s Word as our starting point. And God’s Word tells us that earth was specifically formed to be inhabited (Isaiah 45:18). So, we don’t expect to find life on other planets.

This item was discussed on Monday on Answers News with cohosts Bryan Osborne, Dr. Gabriela Haynes, and Avery Foley. Answers News is our weekly news program filmed live before a studio audience here at the Creation Museum and broadcast on my Facebook page and the Answers in Genesis Facebook page. We also covered the following fascinating topics: