Did Volcanoes Cause the Biggest Mass Extinction Ever? 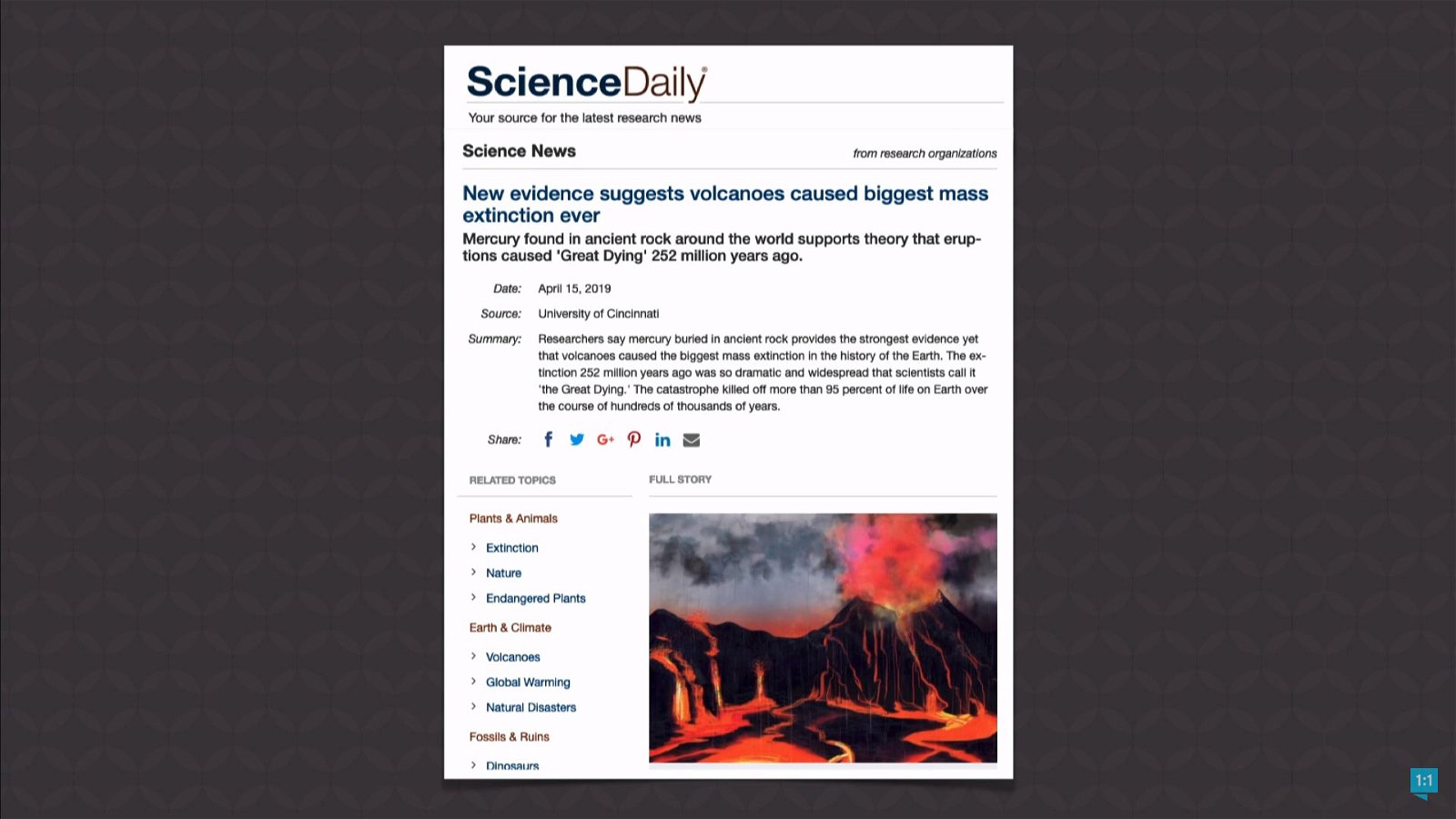 The fossil record is full of (mostly marine) creatures that are now extinct. In an attempt to explain all this biodiversity that has since vanished, evolutionary scientists propose a series of mass extinctions caused by various catastrophes, though they frequently disagree on what those catastrophes were. One supposed extinction event, “the Great Dying,” is the subject of new research that claims volcanoes were responsible for wiping out 95% of life on earth.

Researchers studied mercury levels in the geologic record from various sites and concluded that this mercury was released by volcanic activity. The massive amounts of ash spewed in the atmosphere (they claim 3 million cubic kilometers compared to just one cubic kilometer from the 1980 eruption of Mount St. Helens in Washington state) by these ongoing eruptions, along with the release of greenhouse gases, supposedly warmed the planet by 10 degrees Celsius. This supposed climate change, combined with acid rain and other catastrophic problems, would have, the story goes, led to mass extinction over hundreds of thousands of years.

Now, it’s interesting that secular scientists are willing to accept global catastrophes—as long as it’s not THE global catastrophe: the flood of Noah’s day, as recorded in the Bible! And yet the evidence around the world clearly points to a watery catastrophe! Billions of creatures have been buried in sediments, laid down by water, all over the world. That’s clear evidence for a global flood and yet evolutionary scientists refuse to even consider it because it would wash away the millions of years needed for biological evolution.

this activity was caused by the breaking open of the fountains of the great deep during the global flood (Genesis 7:11).

Yes, there is tremendous evidence for massive volcanism in the past. And this activity was caused by the breaking open of the fountains of the great deep during the global flood (Genesis 7:11). You see, the battle between creation and evolution isn’t over the evidence. We can observe that many of the creatures of the past are now extinct. We can see layers of volcanic ash in the rock record. These are observable facts. But how you interpret these facts in relation to the past depends on your starting point of thinking.

Evolutionists start with millions of years of earth’s history, and so they interpret everything through that lens. Creationists start with God’s Word and the history in Genesis, and we interpret the evidence through that lens. We interpret the fossil record as largely a record of the global flood catastrophe as creatures were successively buried as the floodwaters rose and raged about 4,300 years ago. The fossils don’t point to many huge mass extinctions—they point to one judgment by God on the wickedness of man.

Watch the entire episode of Answers News for April 22, 2019.