Late last month, internationally renowned Christian speaker and author Ken Ham of Answers in Genesis was uninvited from speaking at the University of Central Oklahoma (UCO). Today, UCO President Don Betz has invited the AiG president to give his talk, “Genesis and the State of the Culture,” on the Edmond campus.

Although campus activists put enormous pressure on the student body president to cancel the lecture at UCO’s Constitution Hall, President Betz has decided to restore Ham’s lecture for March 5. Joining Ham at the free 3 p.m. presentation will be Dr. Georgia Purdom from the AiG faculty; she holds a PhD in molecular genetics from The Ohio State University. Dr. Purdom will speak on “Genetics and the Bible.”

I’m thrilled my talk at UCO is back on again. UCO officials have definitely heard from many concerned state legislators, several local residents, and alumni about the denial of our right to free speech.

Furthermore, by moving my talk from the evening to the afternoon, we now have the opportunity to reach even more UCO students during the school day. UCO is a commuter campus, and many of its students might not have been able to attend in the evening.

Ham added, “I’m thankful for the many Oklahomans who stood up for our constitutionally guaranteed rights to free speech and the free exercise of religion.”

I’m thankful for the many Oklahomans who stood up for our constitutionally guaranteed rights to free speech and the free exercise of religion.

Following the two lectures at UCO, Ham and Purdom will hold a question-and-answer session. In the evening, Ham will speak at nearby Fairview Baptist Church on “How Science Confirms the Bible,” at the invitation of Pastor Paul Blair.

Ham has been privileged to speak at campuses like Harvard and other major universities around the United States, including many of the largest Christian universities, such as Liberty University.

Originally, contracts were arranged to have Ham talk about the ideas of Charles Darwin in UCO’s Constitution Hall. But strong objections from members of a campus LGBTQ group pushed the UCO student body president to cancel the talk, despite a speaking invitation that came from the student government. Ham was told on January 27 that he was no longer welcome, but that changed today with the invitation from President Betz. 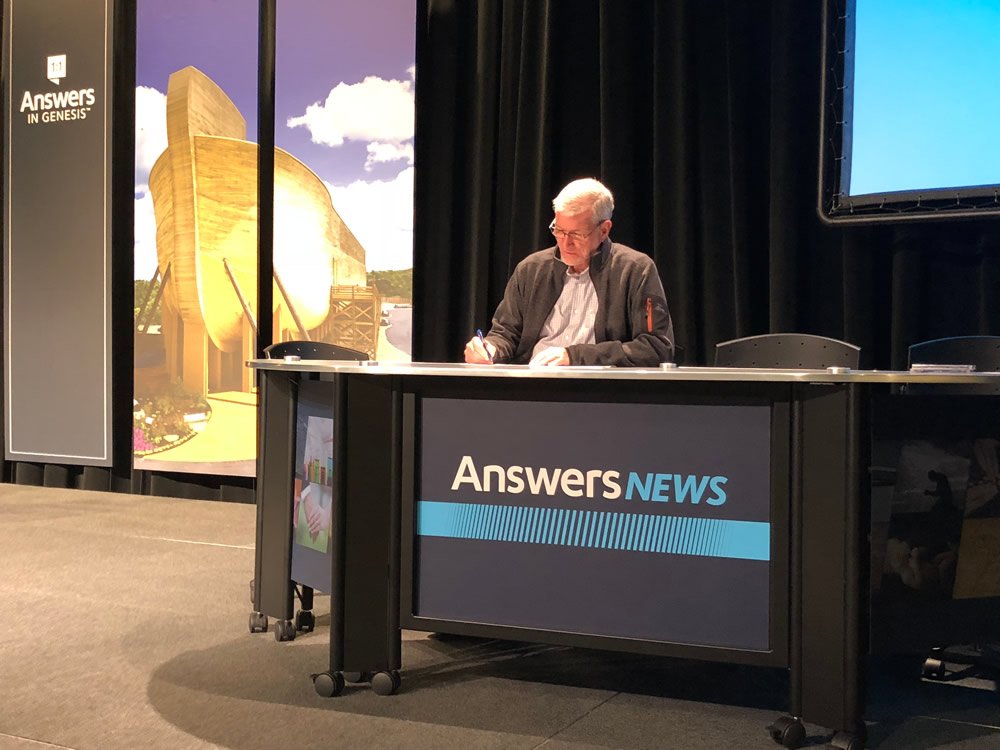 Ham and Dr. Purdom will speak 3 p.m.–5 p.m. on March 5 at UCO’s Constitution Hall. Ham will then give a talk at 6:30 p.m. at Fairview Baptist Church, 1230 N. Sooner Road, in Edmond. Admission is free for both events, but seating is limited at both Constitution Hall and the church auditorium to the first 500 attendees.

Ken Ham is president and founder of Answers in Genesis (AiG), an apologetics (i.e., Bible-defending) ministry based in Northern Kentucky, near Cincinnati. In 2016 AiG opened the Ark Encounter, a one-of-a-kind Christian themed attraction with a massive Noah’s Ark in Williamstown, Ky., which draws up to 8,000 guests in a day. The Creation Museum, located west of the Cincinnati Airport, has welcomed well over 3.5 million visitors and has proved to be a major family attraction in the Midwest. For more information, visit AnswersInGenesis.org.