Mike Wild shares his tribal missions experience living out the Great Commission among an unreached people group in Southeast Asia.

Get the Reality Series on DVD
Shop Now

There are still many unreached people groups—ethnic groups with no Christians to spread the gospel of Jesus Christ—on Earth today. They have no scripture in their language and no opportunity, apart from providentially sent missionaries, to know the Creator and His Word. The Lord has used our family to reach such people!

After four years of Bible and linguistic training, we moved to Southeast Asia in the fall of 2003. We spent a year in town learning to speak the trade language of the country. At that time we only had three children—Morgan, Hudson, and Kian. Asher, our youngest son, was born while we were in the middle of learning the national language. After we reached fluency, I (Mike) started a survey to determine which tribal people would accept us to live with them and learn the tribal culture and language. The province that we serve in has more than 250 distinct language groups, most of them never having had any missionaries among them. I surveyed three different tribes, and the Lord finally opened the doors for us to serve the people group we are still working with today.

We were the first outsiders to do a detailed study of the language and culture, and we worked very hard since we knew that we had an important message to share with them!

These people live deep in the high interior mountains with no roads, government exposure, hospitals, or any other influence from the outside world. Since these people knew very little of the national language, it was our job to begin to learn their own tribal language. In 2006, we moved into the tribe with our tribal missions partners, built simple houses, and began to study the tribal language. We were the first outsiders to do a detailed study of the language and culture, and we worked very hard since we knew that we had an important message to share with them! 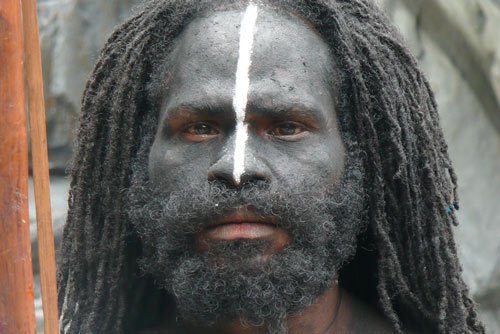 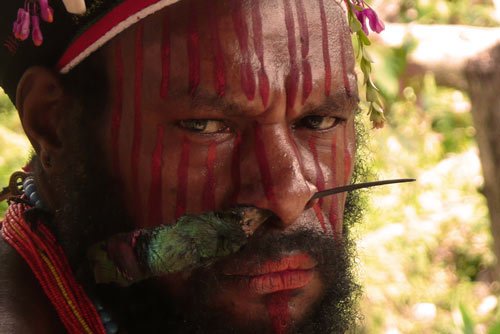 Working Among the Tribal People

The health of the tribal people was very poor, and with no medicine available to them, many died young. In fact, the people don’t even name their babies until they are more than one year old. Why would they name their children when they will probably die anyway? Based on talking with the women about how many children they lost, we estimated the infant mortality rate was at least 75% at the time we moved in. We usually spent an hour or more each morning attending to their medical needs. Not only was there a lot of sickness, but we quickly saw how fearful the tribal people were of the evil spirits. Most people in the tribe are animists, which means that they believe that evil spirits control all of life’s circumstances, and so they spent a lot of time trying to manipulate and appease the evil spirits of their land.

After six months, we had tribal people completing the literacy class!

It took us about 2.5 years to master the tribal language (after all, there were no books to learn from!). By the time we finished language study, we also had a good understanding of the tribal culture. It was time to develop an alphabet for the language and also develop a literacy class. We were about to start to translate God’s Word into their language, and we wanted the people to be able to know how to read and write. So my partner and I developed a six-month literacy class and taught the first class of men. It was amazing to see how they picked it up! After six months, we had tribal people completing the literacy class! 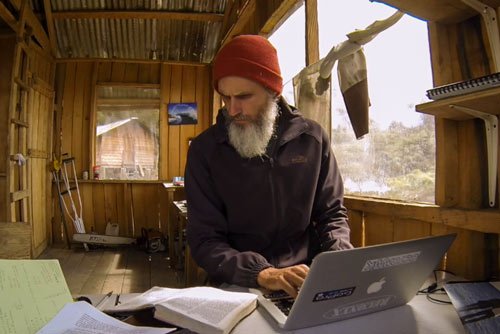 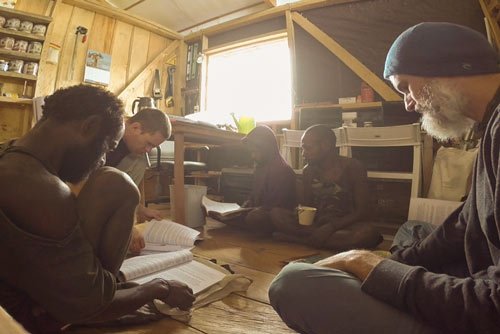 As we were teaching the literacy class, I was also busy each day translating the scriptures while my partner was developing chronological foundational Bible lessons in the tribal language. We would use these lessons and the Scripture to teach the people about God, man, sin, Satan, and the Redeemer. We started the first evangelism class in 2010. We taught six days a week for three months, starting at the beginning in Genesis.

We taught six days a week for three months, starting at the beginning in Genesis.

We taught them about who God was and showed how He is way different and higher than the evil spirits. We taught them where the evil spirits came from, and how they used to be with God in heaven and were then cast out. We also taught about the creation of the Earth, animals, and then man. We showed how man sinned and was cast out of the Garden of Eden, and how all of Adam’s descendants are born separated from the Tree of Life. We then taught through key Old Testament accounts showing God’s consistent attributes and the way he made for men to become right with God again, through the promised Redeemer.

The Fruit of Tribal Missions

Our tribal friends were amazed as we taught, and they quickly saw themselves as helpless sinners before a righteous God. It was an exciting time when we moved into the New Testament and taught about the birth and life of Christ. He became a hero to the tribal people, and they were amazed as we taught through the death, burial, Resurrection, and ascension of Christ. After three months of consistent teaching, there were many tears of joy as about 60 dear tribal friends put their faith in the Lord Jesus Christ! 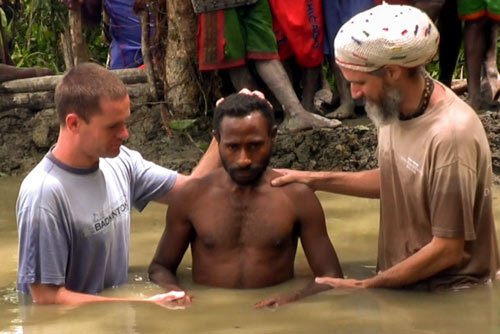 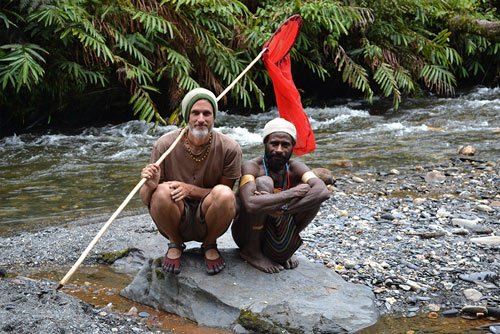 This was back in 2010, and since that time some have fallen away, but the core of believers has become strong and mature in their faith. Since then, we have taught through the book of Acts, Romans, Ephesians, 1 Corinthians, 1 Timothy, and Titus. Soon we will be teaching through 1 and 2 Thessalonians and the Revelation of John. Just last year in 2014, the first-ever all-tribal outreach team hiked for about two weeks to reach a hamlet (a small village) on a mission to share the gospel with those people. The tribal church has plans to reach out to two more hamlets this year. I am still translating the Bible into the tribal language and hope to have it finished in the next few years.

…it is so evident that this is the Lord’s work!

Doing tribal missions, learning a language, and seeing the gospel preached and take root among a remote animistic tribe has been an amazing thing for our family to be a part of. Oftentimes, we think back to the early years and wonder how we even made it this far, and it is so evident that this is the Lord’s work! He is the one who called us to the job, and He is the one who allows us to persevere and to see the work come to completion. We have experienced many trials, sicknesses, and suffering over the years on the mission field, but God has used those in our lives to increase our love for Him and increase our faith in Him. To God be the glory!