Get the Reality Series on DVD
Shop Now
by Morgan Wild on January 12, 2016

My brothers and I were walking around the American hotel lobby looking at all the comforts and oddities while my mom and dad checked in to our room. We had just arrived back from Asia Pacific on our first furlough, and we had been in the States for less than 24 hours. My mom called to us, and we all came to the front desk when she realized that not one of us had our shoes on! Of course she was a bit embarrassed and asked, “Where are your shoes?” From the way she tells the story, we all looked at her a bit perplexed and answered with the obvious, “Outside the door.” Living in Asia Pacific, we had become accustomed to the polite formality of removing our shoes before entering a house, and the lobby seemed like a house to us, I guess. We walked outside and my mom laughed to find all four pairs of shoes lined up outside the lobby door.

Of course now we have learned to navigate when it is appropriate to take off our shoes and when it isn’t necessary, but the fact is we have developed cultural oddities over the years and some of them just stick with us.

For instance, the tribal people count on their hands starting with an opened palm and then closing one finger at a time starting with the little finger and moving consecutively until the thumb closes, leaving a fist. Now we find ourselves naturally counting this way without even realizing it.

Another phrase you will commonly hear is “I am scared!” Our tribal friends are not implying that they are literally scared; it is more like an amazed or incredulous interjection that might be a substitute of the English phrase, “Wow, that is amazing,” or “This is serious,” or “I am glad I am not in that situation.” It is said so flippantly we find ourselves saying it all the time in the tribal language. We find ourselves saying it often out of context too in English. This often gets a strange response from our Western friends. Hmmm, why are you scared?

One good example of a cultural custom that is hard to lay aside is the law of food. Yes, there are laws, and they state, If and when a morsel of food is present, the one in possession of it must fairly and evenly distribute the food amongst all who are within staring distance. 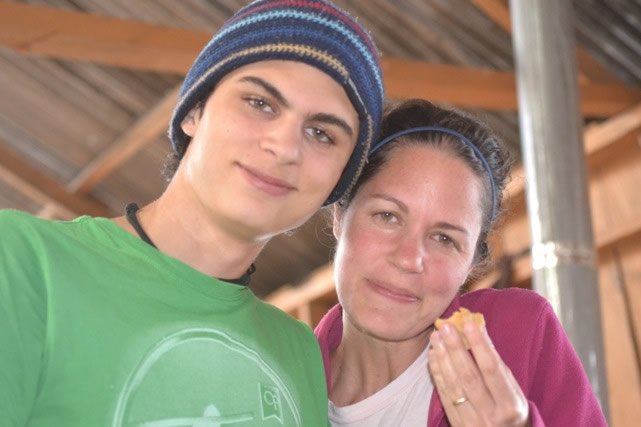 This is a serious principle that we practice ourselves. For instance, if I step out on the porch eating an orange and someone is outside and sees my orange, I feel obliged to share a slice without batting an eye because that is just how things ought to be. If someone has something, he shares, and if you see someone with something you want, you stare at it until he hands it to you. Strangely, this works. We are used to this “share and share-alike” code, and it has become ingrained in our thinking. It has become a habit. 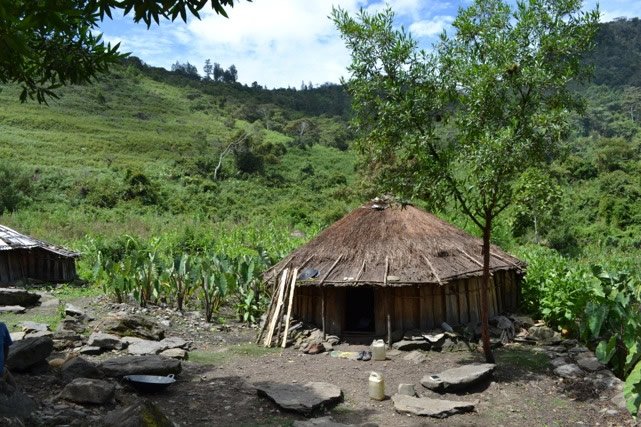 We are not the only ones who have picked up different cultural habits. Some of our tribal friends have carefully observed us and our strange ways, and they have caught on to some of our behaviors. For instance, we don’t have doorbells or door knockers, so along with the other American family that works with us in the tribe, we got in the habit of saying ”knock knock” when we step onto each other’s porch to announce our arrival. I will never forget the time we were seated around the table having dinner and we heard someone saying “knock knock” at our front door, but it was clearly not the other American family. We got up and were surprised to find one of our main Bible teachers standing outside the door laughing at his own joke. To this day that is how he gets our attention to let us know he is outside and needs something.

Previous Article My Backyard Next Article God Gives and Takes Away