Jewels of the Jungle—Collecting in Our Backyard

Get the Reality Series on DVD
Shop Now
by Morgan Wild on August 18, 2015

The release of our latest episode, Jewels of the Jungle, represents the fun combination of all the different aspects of insect collecting that we like to do for a hobby here on our mountain.

When did we first become interested in bugs? I'm not sure. We have always found them fascinating, so many found their way into our home over the years—most of them ended up in small bottles stored in the freezer or crammed into paper envelopes tucked away for research. It was my dad who really encouraged us boys to pursue bugs as a hobby, and we grew to love it. My mom has had to put up with six-legged critters escaping in her house and has had to endure the smell of mothballs, but she has also come to appreciate the incredible beauty of each and every insect.

Our passion for collecting began with butterflies. They were always flying around our house, their flashy, fluorescent colors easily drawing our attention. I'll never forget spending an entire afternoon chasing after one interesting but elusive butterfly and the thrill of finally snagging it in my net. It's addicting! Our collection grew rapidly until we had a good representation of the butterflies of our area. Then we began targeting individual butterflies and certain rare forms. We really enjoyed studying more about them, their names in Latin and the characteristics that isolated one species from another. 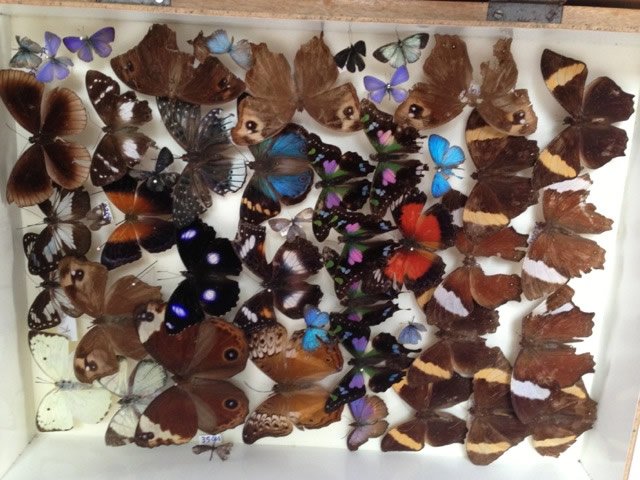 Once we learned how to mount and store our own specimens, we built up a nice collection. We were fortunate to make several interesting discoveries in the genus Delias, which we collect primary on the Nggoduk river. The Nggoduk is a rendezvous for seemingly endless streams of butterflies traveling up and down river where we often lay in wait with our nets. Shooting the riverbed collecting scene for Jewels of the Jungle was pretty fun as we went all out to show how action packed a simple butterfly hunt could be. If you watch this trailer for the episode, you’ll see what I mean.

You have to be pretty dauntless to do this kind of sport. Many species of butterflies don't just come to you; you have to pursue with unwavering motivation. Where the butterfly goes, so must you. It's tough trying to snag a tiny, sporadic butterfly zipping along a riverbed filled with potholes and other obstacles. Just keeping up with those little guys takes all your concentration.

Another favorite insect to collect are moths. We draw them to our bottles using light. It's irresistible for them! A simple sheet illumined by a lightbulb is the collecting ground for moths. These guys are easy to collect compared to the speedy butterflies, so it isn't as remarkable that we have collected thousands of moths so far! Each moth attests to the absolutely incredible creativity and ingenuity of the Creator. No two moths are the same, and there are literally hundreds or thousands of different species and countless more waiting to be discovered! 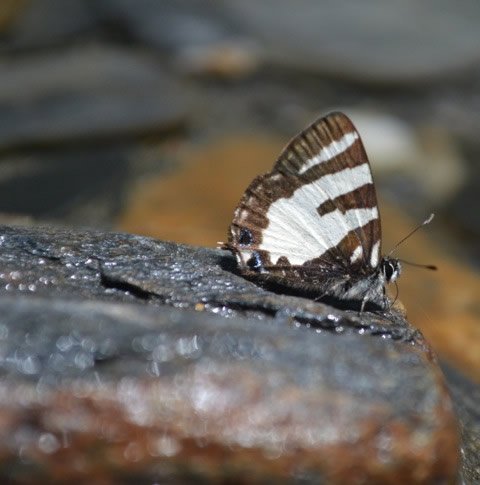 Each moth is a masterpiece, equipped with unique sets of wings, sensitive antennae, and intricate camouflage to protect itself from hungry predators. Some of these moths don't even need camouflage to stay alive; they have built-in defense mechanisms to ward off their enemies.

Having built-in ways to avoid predators is a testimony to the Creator's graciousness, giving these little moths a fighting chance after the Fall, when predators became a threat. 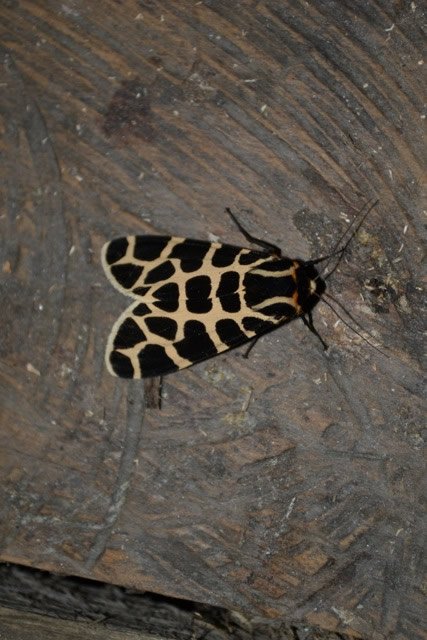 Another interesting group of bugs we specialize in are weevils. We have collected several new species of these amazing little beetles. The biggest weevils we find are about the size of a quarter and the smallest equivalent to a sesame seed. It isn't uncommon for us to spread out and comb our area armed with several collecting jars and the weevil-nabbing invention referred to as the pooter. It takes a keen eye to distinguish a tiny weevil cruising along a branch or suspended upside-down on a quivering leaf.

Weevils are typically found on the edges of forest or jungle, especially on overcast days. Weevils come in many various shapes, sizes, and colors. For us here in the tropics, if we find a low tree or bush and stare at the leaves for a few minutes, we might start to see little black dots moving around, which are likely trigonopterus weevils. These are some of the tiniest of the weevil family. One thing common with all weevils is their little snouts or noses. It is a standard feature that distinguishes all weevils. When collecting small weevils, it is important to double check your catch and make sure all your weevils are truly weevils. Many other small beetles and other impostors will slip by your eye if you aren't careful. To ensure this, look closely for their little snouts, which might be tucked under their chins.

Beware. Many weevils have a set of transformer wings that can emerge and unfold in the blink of an eye. They can take off in flight with considerable speed. Never underestimate them . . . . We have had specimens who have managed to escape this way in the past. Here’s a sneak peak of Jewels of the Jungle. Dad, Asher, Hudson, and I are examining some of these weevils under the microscope.

I think the most rewarding aspect of collecting bugs isn't discovering new species or looking at the complex anatomy of a tiny trigonopterus under the microscope, but the appreciation that our tribal friends have developed as they have observed our enthusiasm. They took the breathtaking butterflies, moths, phasmids, and beetles for granted, not even aware of the beauty and diversity that surrounded them every day of their lives. Bugs are literally crawling everywhere! As we have taught our friends the value of insects, we are spreading the love and admiration for creation, and instead of being oblivious to insects they are now quick to give God the glory for them! 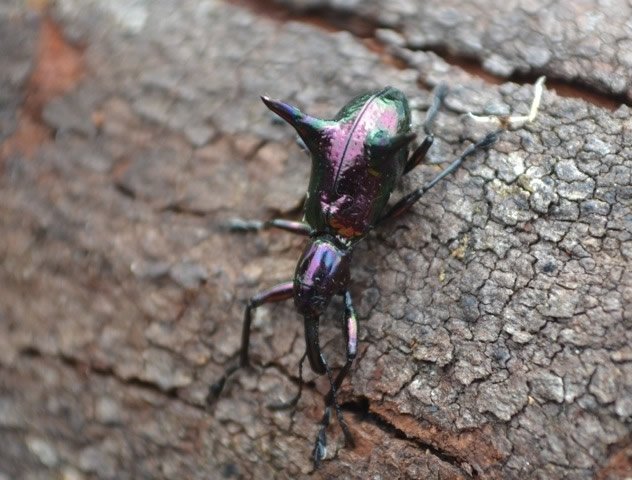 Not only is entomology fun, but it is glorifying to God when we give Him praise for His creation as we continue to collect the jewels of the jungle. You can see our butterfly-catching moves for yourself in the DVD.

Previous Article Creating the Soundtrack Next Article Follow Christ, Not the Crowd