We love to collect insects. We think insects are pretty cool, and when you think of collecting insects, you might think you have to run around a lot chasing them and doing lots of work. But that's not always the case . . . .

Moths can come to you if you know how to attract them. On moth nights we can collect hundreds of moths, and some of them are new to scientific classification. 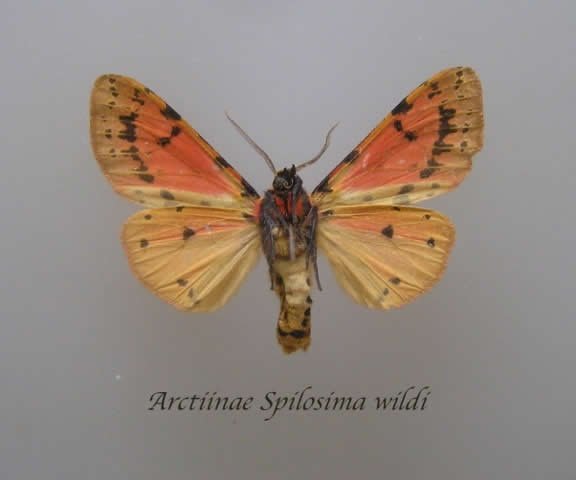 Spilosima Wildi comes from the family of moths called Arctiinae. When you name a new butterfly or moth after a person’s name, you must “latin-ize” it, by putting a “i” at the end if a male name, or a “ea” at the end if it is a female name. Since our last name is Wild, the species name became Wildi.

It’s important to remember that the birth of new species is not evolution in action. These moths are still just moths. But it does demonstrate that God put incredible variety within each creature, like the Spilosima Wildi, which allows it to adapt to its environment.