Do Conservatives have a “Difficult Relationship with Science”? 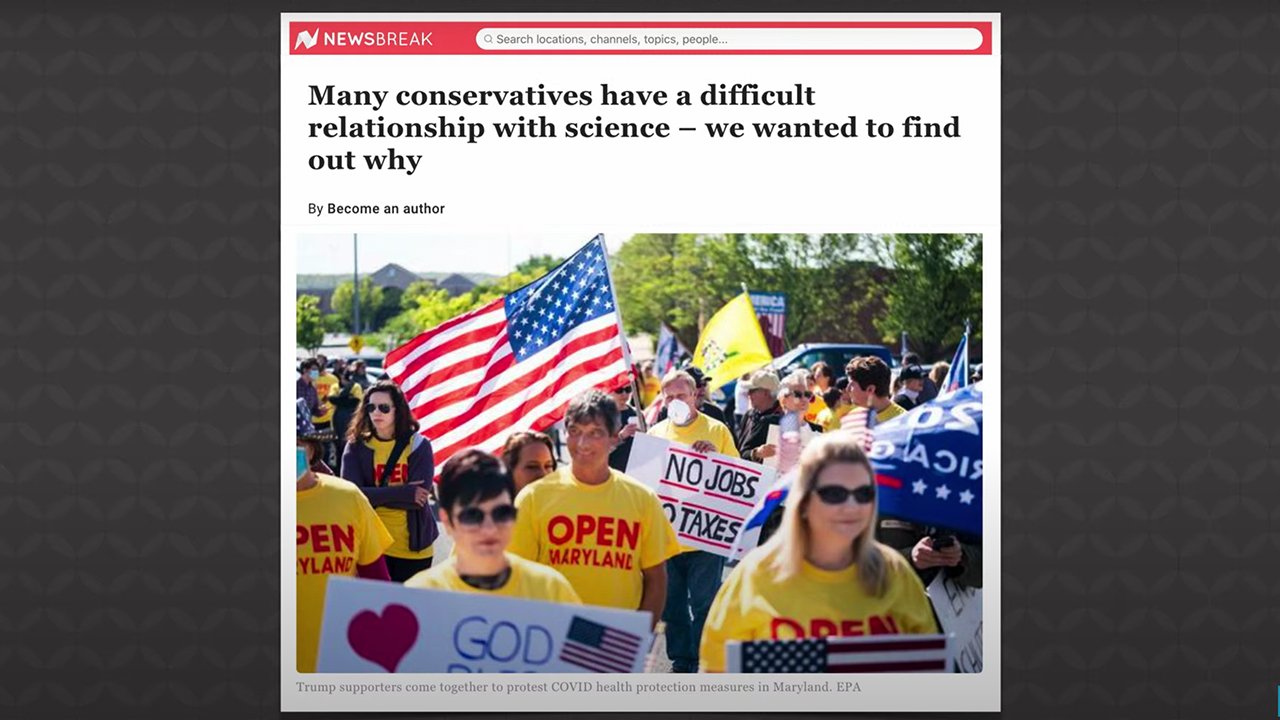 A recent headline declared, “Many conservatives have a difficult relationship with science—we wanted to find out why.” But do conservatives really have “a difficult relationship with science?” Well, it really depends on what you mean by “science.” At Answers in Genesis, we love science, study science, conduct numerous workshops on science, and employ a number of full-time PhD scientists.

In the article, the author uses the term science to refer to the so-called “scientific consensus” regarding things such as climate change alarmism, vaccinations, evolution, and a lack of “human exceptionalism.” But what the author is failing to recognize is the difference between observational and historical science. In other words, this author has a “difficult relationship with science” because the author doesn’t understand the word science.

Really, “conservatives” don’t have a difficult relationship with science—instead, many conservatives, especially Christian conservatives, reject the interpretations some scientists make because they have a very different worldview based on a different starting point.

Join Us in Praying for Afghanistan

Pray fervently for Christians in Afghanistan. Could such a situation like this arise in the USA? When one considers how quickly evil is taking over America, one could see how quickly Christians could be aggressively persecuted.

Be sober-minded; be watchful. Your adversary the devil prowls around like a roaring lion, seeking someone to devour." (1 Peter 5:8)

This item was discussed yesterday on Answers News with cohosts Dr. Georgia Purdom and Bodie Hodge. Answers News is our twice-weekly news program filmed here at the Creation Museum and broadcast on my Facebook page and the Answers in Genesis Facebook page. We also covered the following intriguing topics:

Watch the entire episode of Answers News for August 18, 2021.