Photo by Elijah O'Donnell , via Unsplash. 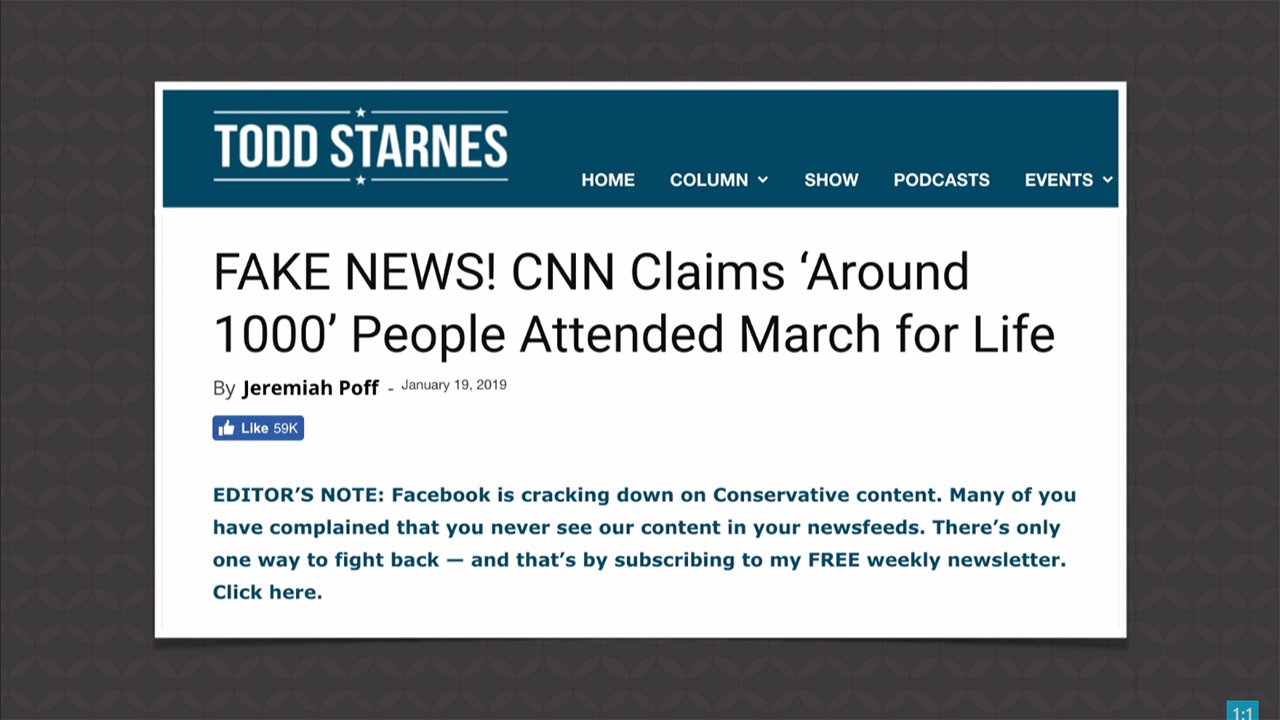 Fake news, as it’s been dubbed in recent years, has been in the spotlight a lot this week. In an obvious display of their anti-life bias, many major news outlets completely ignored the massive crowd at the annual March for Life, in Washington, DC. Now, one outlet, CNN, condescended to cover the story (on Snapchat), but claimed only “around 1,000 people” showed up to march in defense of the defenseless. But that’s fake news! The secularists in the media just don’t want people to know how much support there is today for children in the womb.

Photos and time-lapse footage clearly show many thousands (an estimated 100,000—some say two to three times that number) showed up for this annual rally in DC for the unborn. The blatant misrepresentation by the media—plus an overwhelming unwillingness to cover the story—highlights their bias.

Secular media have once again been caught spreading untruths and distortions. This doesn’t surprise us. Most secular media have done that to Answers in Genesis, the Ark Encounter, and the Creation Museum for years. Most of them have attacked us with lies (e.g., that taxpayer money was used to build our Ark), misinformation, implied falsehoods, distortions, half-truths, personal attacks, fabrications, and so on. Really the message is—don't trust them! They’re mostly anti-Christian and agenda-driven and want to hide the truth from the public.

We can be thankful tens of thousands of people showed up in DC to defend the unborn.

We can be thankful tens of thousands of people showed up in DC to defend the unborn. The millions of babies set to be slaughtered—murdered—by abortion each year around the world need us to stand for them and plead their cause so that abortion will be nothing more than a horror of the past.

Watch the entire episode of Answers News for January 24, 2019.