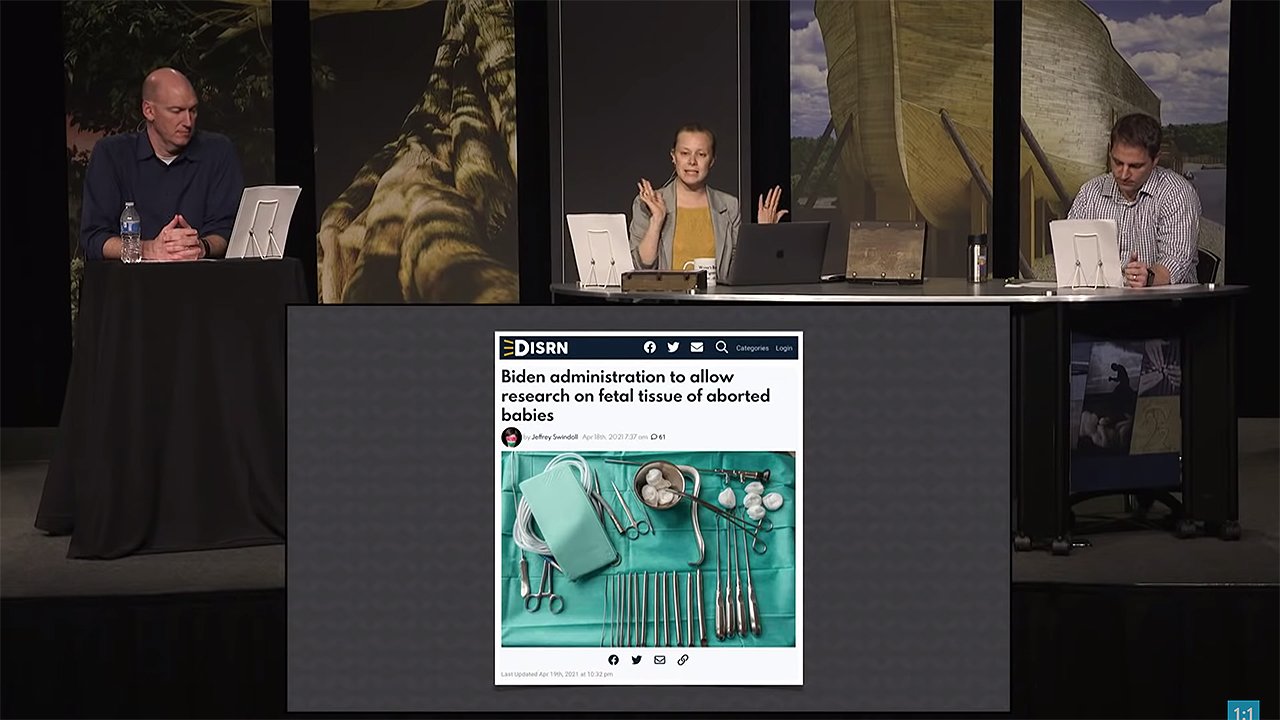 Oh, the depths of the depravity of the human heart! And the mind-boggling inconsistency of those who start with man’s word instead of God’s Word! What do I mean? Well consider these two US headlines that ran just one day apart: “Biden administration to allow research on fetal tissue of aborted babies” and “U.S. government has been buying, trafficking ‘fresh’ aborted baby parts.”

The first article reported that the new Biden administration has overturned a 2019 decision by the Health and Human Services (HHS) department, which said that research proposals that would use tissues from aborted babies needed to be reviewed by an Ethics Advisory board. That board has now been dissolved, and a new one will not be created. The HHS Secretary said this of the decision,

We believe that we have to do the research it takes to make sure that we are incorporating innovation and getting all of those types of treatments and therapies out there to the American people.

In other words—it doesn’t matter that we’re using tissues and organs from murdered babies—we need to ensure we can use “all of those types of treatments and therapies” (as long as there’s “informed consent,” according to the National Institutes of Health—though the baby who was murdered never gave consent to his or her death or the use of his or her body for such purposes). Such a baby was not part of the woman’s body, but a unique individual, made in God’s image right from fertilization. A previous notice from the NIH stated that they are “committed to ensuring that research involving human fetal tissue is conducted responsibly and meets the highest ethical standards.”

Apparently the “highest ethical standards” include the Food and Drug Administration paying $12,000 per baby for fetal tissues for experimentation! As the second article shares, “the FDA bought organs of babies from ABR [Advanced Bioscience Resources] that were aborted after 20 weeks gestation.” This report is part of an ongoing lawsuit against HHS, which oversees the FDA.

Without the authority of God’s Word, anything goes—morality is relative. And that’s what we’re seeing in this nation.

Without the authority of God’s Word, anything goes—morality is relative. And that’s what we’re seeing in this nation. Babies are killed in their mothers’ wombs, and then their bodies are trafficked for huge sums of money and then researched upon—all in the name of the “greater good” for Americans. And, of course, research on aborted babies is in addition to the unborn lives lost every year from embryonic stem cell research—all of which cost countless babies their very lives. In other words, for some to be possibly cured from disease, other people must be killed. It’s so inconsistent! Evil is rampant. We can only begin to imagine how bad it was at the time of Noah’s day when “every intention of the thoughts of his heart was only evil continually” (Genesis 6:5).

Here’s what God’s Word says about those children and their bodies:

For you formed my inward parts;
you knitted me together in my mother’s womb.
I praise you, for I am fearfully and wonderfully made.
Wonderful are your works;
my soul knows it very well.
My frame was not hidden from you,
when I was being made in secret,
intricately woven in the depths of the earth.
Your eyes saw my unformed substance;
in your book were written, every one of them,
the days that were formed for me,
when as yet there was none of them. (Psalm 139:13–16)

What a very different perspective we get when we start with God’s Word rather than the callous opinions of man.

This item was discussed today on Answers News with cohosts Tim Chaffey, Bryan Osborne, and Avery Foley. Answers News is our twice-weekly news program filmed here at the Creation Museum and broadcast on my Facebook page and the Answers in Genesis Facebook page. We also covered the following topics:

Watch the entire episode of Answers News for April 28, 2021.