Answers in Genesis was recently presented with the 2008 Integrity Award by the National Association of Christian Financial Consultants. 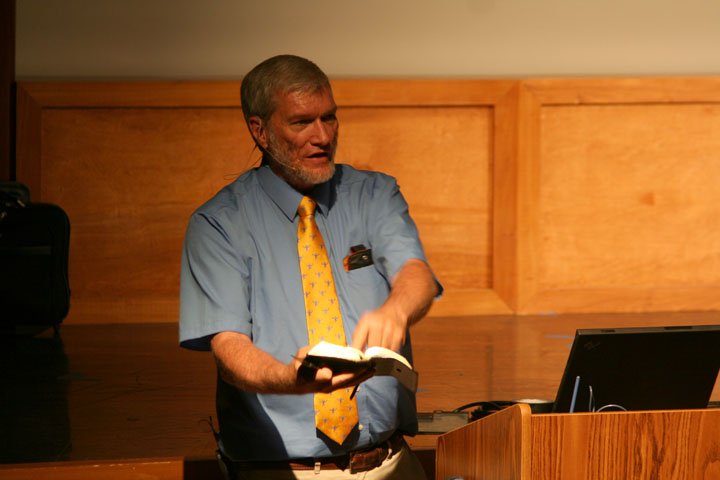 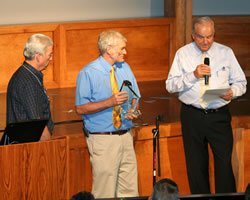 Ken Ham, after speaking, was presented with the NACFC Integrity Award. On the left is Mike McCormick, current president of the NACFC and CEO of BenchMark Financial Management; on the right is Wes Pennington, executive director of the NACFC (click to enlarge).

Answers in Genesis was recently presented with an award honoring both the entire ministry and its president, Ken Ham.

NACFC selected the Cincinnati/Northern Kentucky area for their 2008 convention so that attendees could visit the Creation Museum. In fact, the association “rented out” the museum for their whole group for a few hours! 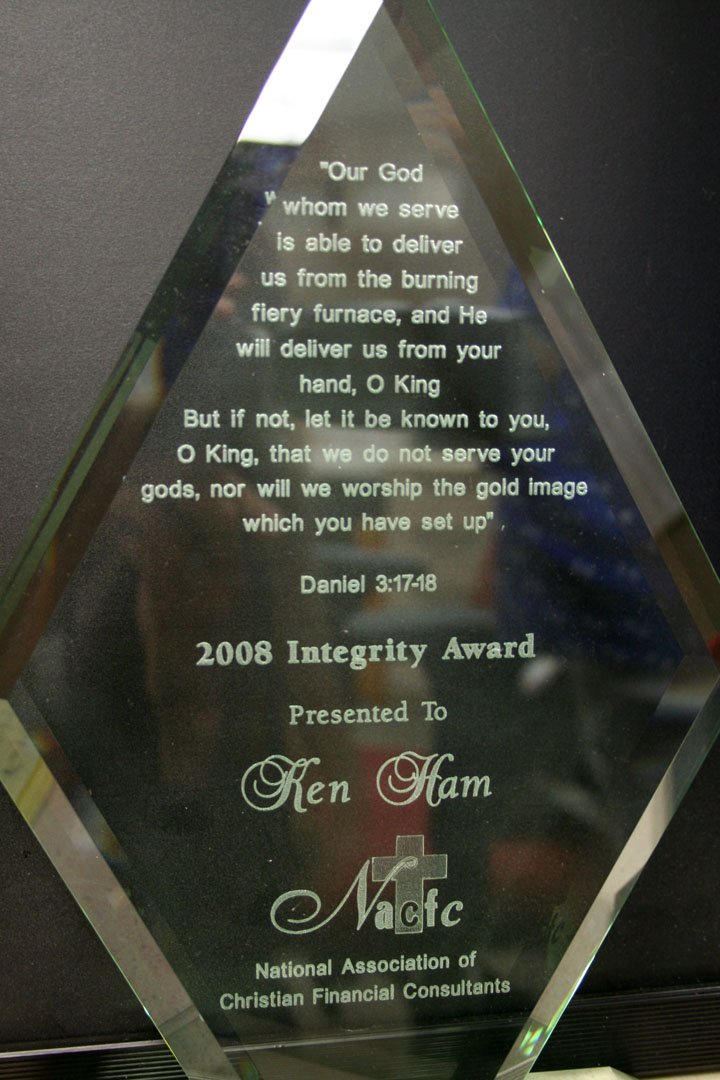 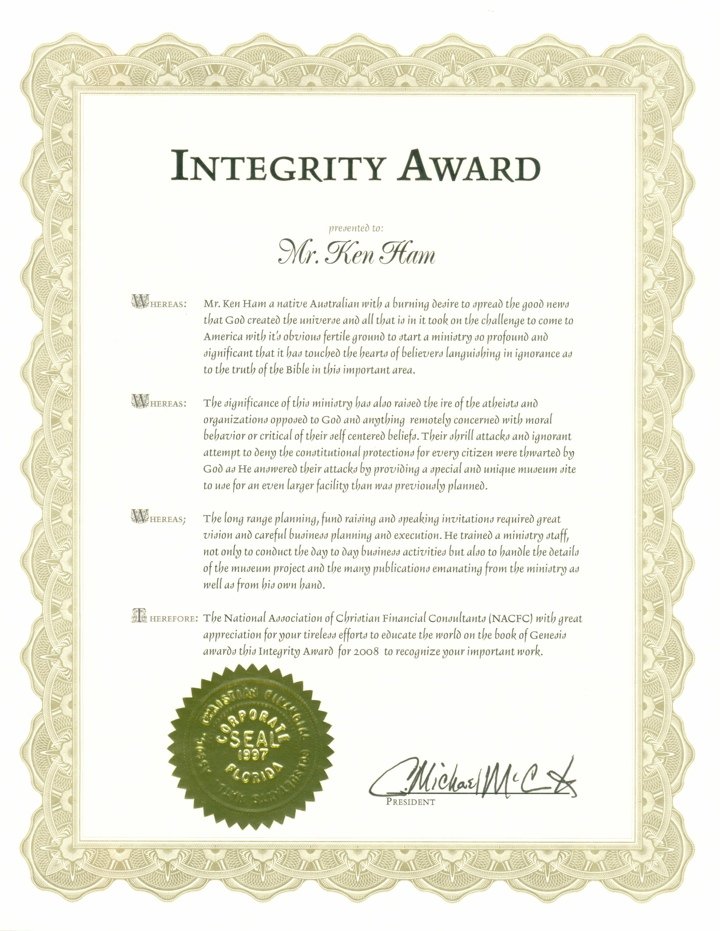 Ken Ham was asked to give an address to the convention attendees in our museum theater, explaining his personal testimony as well as the story of Answers in Genesis and how the Creation Museum came to be. In fact, he flew straight home from AiG’s Defending Your Faith family conference in Branson, Missouri, to give the address.

Completely unknown to Ham, however, was the NACFC’s plan to present him with their annual Integrity Award at the end of his talk. The award is presented to one person each year, and Ham was awarded with a specially prepared proclamation in the form of a certificate—an honor for the entire ministry. Ham, accepting the award on behalf of the AiG board, volunteers, and staff of over 300, received a standing ovation (along with his wife, Mally) from the crowd!

Answers in Genesis has become known as a ministry founded and based on God’s Word. AiG is committed to integrity in all areas of the ministry and recognizes the importance of financial integrity. That’s why Answers in Genesis is a member in good standing of the Evangelical Council for Financial Accountability. Also, in 2007, AiG was also named one of 30 exemplary “Shining Light” ministries by independent watchdog group MinistryWatch.

We as a ministry are honored and thankful to God for having received these awards, and we are additionally thankful to our godly board and supporters who hold us accountable and give us direction.