Answers in Genesis at London Olympics

Gospel at the Games

It is a tradition like no other. Every four years, sports fans are captivated by the summer Olympic Games, which are taking place in London, England. Fans from every country on earth flock to the site of the Olympiad to watch the fastest, strongest, and most-skilled athletes compete to win a gold medal and perhaps shatter a world record along the way. 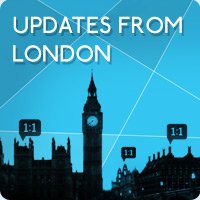 Follow AiG’s outreach at the 2012 Olympics in London by watching the Answers Worldwide blog for updates.

The modern version of the Olympic Games started in Athens in 1896, and although they have generated their share of controversy, the games were meant to foster cooperation, peace, and good sportsmanship. This is far different from the original Olympic Games, which started in 776 BC. These games began in Olympia, Greece, and were held in honor of Zeus. Rules were much different then, as many athletes competed in the nude, and in one event, pancratium, the goal was to box, kick, or wrestle one’s opponent until he submitted, fell unconscious, or died.

The Olympic Games grew rapidly in popularity, and before long similar competitions sprang up in ancient Greece: the games at Delphi in honor of Apollo (582 BC), the Isthmian Games near Corinth in honor of Poseidon (582 BC), and the games at Nemea to honor Zeus (573 BC). While these games were originally dedicated to pagan gods, Christians can use the Olympics as an opportunity to teach the truth.

As is true today, these contests were big business and a cultural phenomenon. So popular were these various competitions that the authors of the New Testament made several allusions to them as illustrations. For example, Paul may very well have had the Isthmian Games in mind when he wrote the following words to the Corinthians, who would have been quite familiar with the sporting references.

Do you not know that those who run in a race all run, but one receives the prize? Run in such a way that you may obtain it. And everyone who competes for the prize is temperate in all things. Now they do it to obtain a perishable crown, but we for an imperishable crown. Therefore I run thus: not with uncertainty. Thus I fight: not as one who beats the air. But I discipline my body and bring it into subjection, lest, when I have preached to others, I myself should become disqualified. (1 Corinthians 9:24–27)

Olympic athletes, such as sprinters and boxers, must discipline their bodies through rigorous training, and they must carefully manage their diet. In order to become the best in the world, a person must work extremely hard and maintain a very narrow focus on the goal at hand.

Paul told his readers that his dedication to serving the Lord was comparable to the devotion demonstrated by the best athletes of the day. Why shouldn’t the same thing be true for us? If the Lord is our top priority, how can we possibly give Him anything less than our very best? Just as an athlete must devote his physical body to a strict training regimen, Christians are called to devote our bodies as living sacrifices to the service of God (Romans 12:1). When we realize that the material things of this world—the riches, fame, prestige, and gold medals—will all disappear someday, how can we not entirely commit ourselves to serving God? Remember, the prize God has set before us is greater than any temporal pleasure—ours is “an imperishable crown” (1 Corinthians 9:25). Consider the following words from Hebrews, which also contain allusions to the athletic events of the day.

Therefore we also, since we are surrounded by so great a cloud of witnesses, let us lay aside every weight, and the sin which so easily ensnares us, and let us run with endurance the race that is set before us, looking unto Jesus, the author and finisher of our faith, who for the joy that was set before Him endured the cross, despising the shame, and has sat down at the right hand of the throne of God. (Hebrews 12:1–2; cf., 2 Timothy 2:5)

As followers of Jesus Christ, we should set aside everything that hinders us from serving the Lord wholeheartedly. Our Savior served as the perfect example for us. With the “not as I will, but as You will” mindset (Matthew 26:39), He disregarded the shame of the Cross for our salvation. When we realize the infinite cost of our salvation paid for by the infinite and precious Son of God, we cannot settle to give Him any less than our best.

One aspect of following Christ is sharing the good news with others. Many centuries ago, the Apostle Paul used allusions to cultural sporting events in his writings, and during the next couple weeks, several AiG staff members and friends of the ministry will similarly use the modern Olympic Games as an opportunity to spread the good news about the sacrificial death, burial, and Resurrection of Christ. Dr. David Crandall of Answers Worldwide is leading a volunteer team of evangelists to witness to people from all over the globe who are converging on London for the Olympic Games. Ken Ham will also be traveling to London to speak at some evening sessions to those participating in the outreach. In addition, he will give presentations at conferences throughout the United Kingdom. Please pray with us for their safety and boldness, but also be in prayer for those who will hear the gospel message—perhaps for the very first time. Pray that God will prepare their hearts to receive the only message that can save their souls.

While we may not all be able to travel to another part of the world to share the good news, we should all take part in the Great Commission (Matthew 28:18–20) in our current setting. Just as Paul took every opportunity, beating his body and making it his slave (1 Corinthians 9:27, NIV), we must live our lives in full devotion to the Lord. Near the end of his life, Paul wrote the following words to Timothy:

I have fought the good fight, I have finished the race, I have kept the faith. Finally, there is laid up for me the crown of righteousness, which the Lord, the righteous Judge, will give to me on that Day, and not to me only but also to all who have loved His appearing. (2 Timothy 4:7–8)

When we reach the end of our lives, may we all have the ability to reflect on our days and say, “I have fought the good fight, I have finished the race, I have kept the faith.” We pray that the outreach efforts in England this summer will lead thousands to repent of their sins so they can someday echo those same words before receiving an imperishable crown of righteousness.