Just over a month away from its third anniversary, the world-renowned, high-tech Creation Museum welcomed its one millionth guest this morning.

The following is adapted from a news release that was distributed today:

PETERSBURG, Ky., April 26, 2010 – Just over a month away from its third anniversary, the world-renowned, high-tech Creation Museum welcomed its one millionth guest this morning, once again exceeding annual attendance expectations for the third year in a row. When the museum opened in May 2007, 250,000 were expected the first year (over 400,000 visitors actually came) and 200,000 per year were anticipated thereafter (but over 300,000 turned up in years two and three). 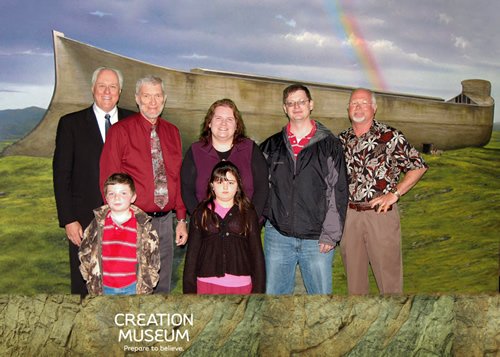 “We are excited to welcome our one millionth guest today, and we are grateful that God continues to bless this ministry with such strong attendance in a challenging economy,” museum and Answers in Genesis (AiG) President and Co-Founder Ken Ham said. “While we pause to recognize our one millionth visitor today, we want every museum guest to know that they are special to our ministry and are the reason we built this museum in the first place. The Creation Museum serves as an encouragement to Christians to stand unashamedly for their faith. For the non-Christians who visit, we want them to hear the gospel message we present inside.” 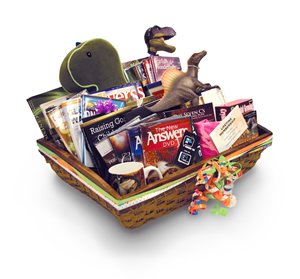 After receiving congratulations from Ken Ham, Mr. Joe Brown of Dayton, Ohio was presented with a gift basket including one night’s accommodation at the Radisson Riverfront in northern Kentucky, a $50 gift certificate at 360 (the revolving restaurant atop the hotel), a NKJV Thompson Chain Reference Bible, several DVDs and books, complimentary tickets to other attractions in the region, and a lifetime family museum membership. The prize package total value is over $2,000. 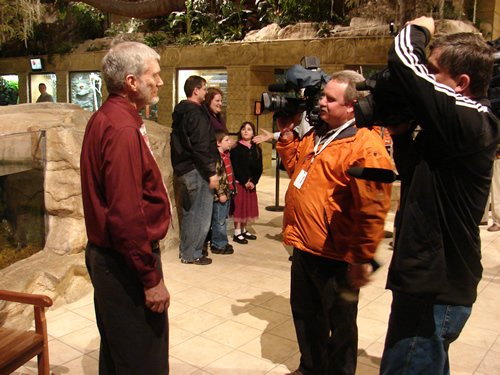 Channels 5 and 19 from Cincinnati interviewed AiG President Ken Ham after the arrival of the millionth guest.  The Brown family is seen in the background having their photo taken by museum guests.