The popular museum is celebrating its sixth anniversary with the dedication of three major stunning exhibits.

Where in the world can you go to see the following exhibits?

They are all on display starting this Memorial Day weekend at the ever-expanding Creation Museum near the Cincinnati Airport. The popular museum is celebrating its sixth anniversary with the dedication of three major stunning exhibits.

This 1:20 video captures on film what’s new at the Creation Museum:

One of the new attractions will virtually fill the large portico of the Creation Museum with dragons and dragon-related displays! This stunning exhibit will have dozens of lanterns, large colorful dragons, window displays, and challenging teaching. 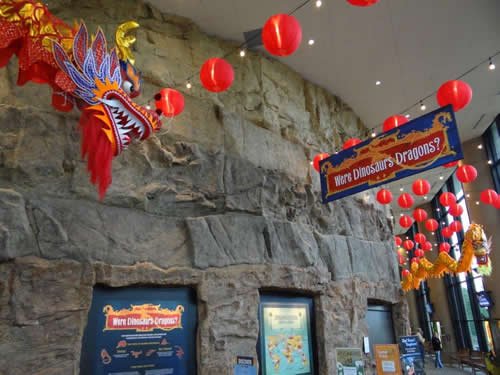 The all-original artwork portrays many dragon legends. Two large colorful dragons from China will dominate the museum’s entrance. The question will be posed to guests: Were dinosaurs dragons?

Visitors will learn of the accounts of incredible encounters with these remarkable beasts—as well as the dragon slayers—that are found around the globe. Why are there so many dragon legends? Why do descriptions of these dragons resemble what we today call dinosaurs? 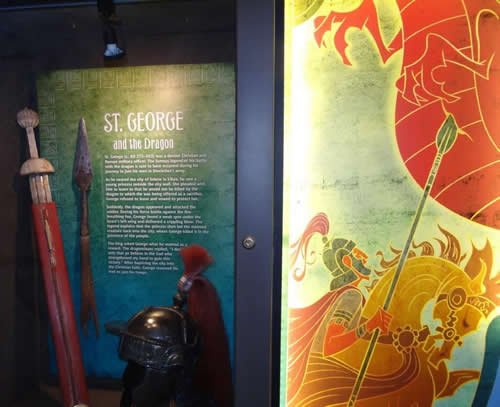 Think about it: how could people centuries ago paint or carve (or write) about these creatures if they had been extinct for about 65 million years? But the Bible teaches that dinosaurs and humans were created on the same creation day. The scientists at the Creation Museum are not surprised at all to find evidence of dinosaur and human coexistence.

Ever since the Creation Museum opened six years ago, it has become famous—and in some quarters “in”famous—for the use of dinosaurs in presenting biblical history and rejecting evolution. Now we have added dragon legends to the mix.

Yes, they’re creepy and crawly. But starting this Memorial Day weekend, they will be on display at the Creation Museum. Our second major exhibit to open tomorrow features some of Creation’s smallest creatures: insects. Now, some of them are big, such as an insect that weighs almost half a pound and another one that is the size of a human fist, and many insects are long, like our walking sticks. 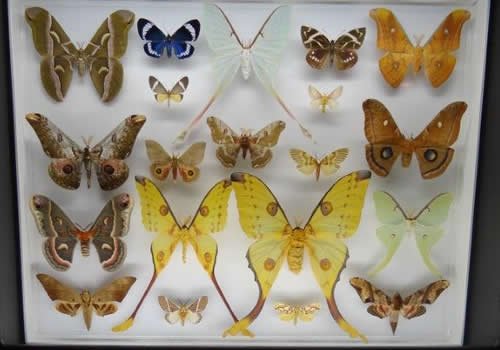 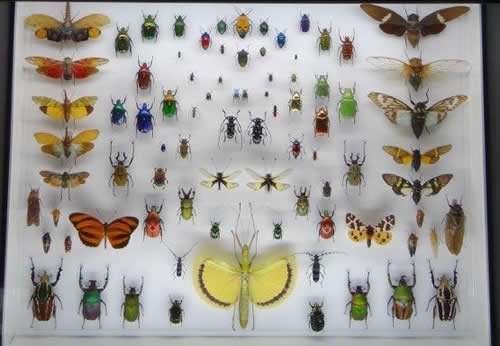 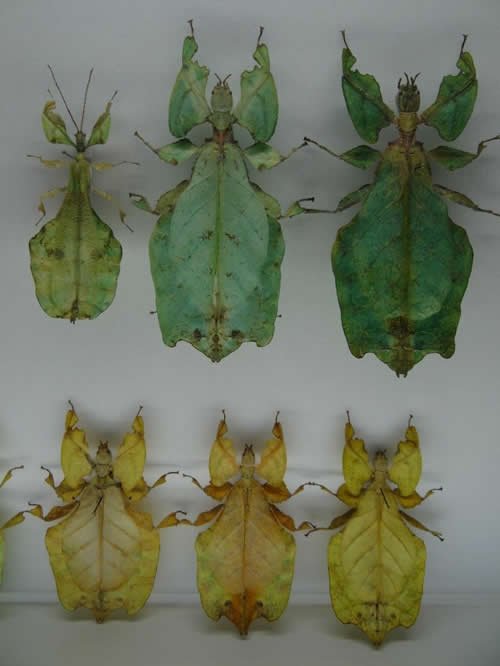 This weekend they’ll be on display in “Dr. Crawley’s Insectorium.” There really is a Dr. Crawley, who generously donated his world-class insect collection to the Creation Museum. He wants museum guests to discover the fascinating design that our Creator has built into bugs. 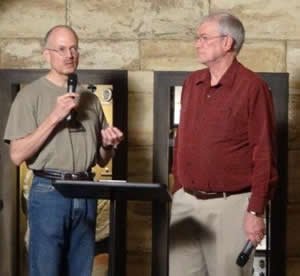 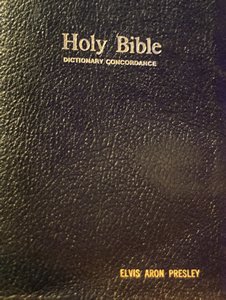 Last year, the Green family of Hobby Lobby renown placed a world-class Bible manuscript exhibit inside our museum called Verbum Domini (“The Word of the Lord”). Every six months, manuscripts will be changed out, and this weekend we will showcase more than twenty valuable Bibles and Bible-related artifacts.

Curious museum visitors will be drawn to an Elvis Presley personal Bible, Bibles signed by American presidents, one autographed by baseball star Babe Ruth, a 1599 Geneva Bible, and so on.

These are all part of an impressive traveling exhibition of rare Bible manuscripts and artifacts from the famed Green Collection, to be eventually placed in the soon-to-be-built Museum of the Bible in Washington, D.C.

All three new exhibits at the Creation Museum are offered at no additional charge to visitors holding general admission tickets.

Even More to Come

Here’s what else is in store for museum visitors this summer: 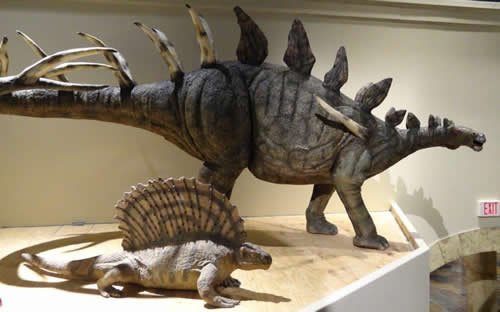 The large Kentrosaurus, recently sculpted by Buddy Davis, was added to the museum's Dino Den today.

Dragons and Dinosaurs Spotted All Over Cincinnati Area! 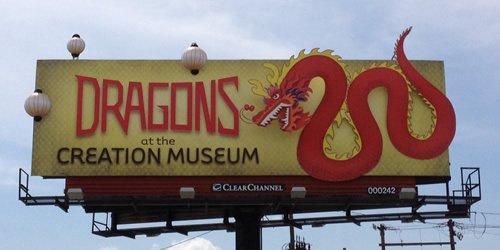 As our museum opens its stunning new exhibit on dragons inside the museum’s portico, two other major attractions in the area are showcasing dinosaurs—though presenting them within an evolutionary framework. As the Museum Center of Cincinnati prepares for a June 13 opening of a traveling exhibit titled “Ultimate Dinosaurs,” the well-known, popular amusement park Kings Island has already added more animatronic dinosaurs (and more evolutionary teaching) to its themed attraction.

Over the summer months, AiG will conduct a new billboard campaign. These boards will be seen in six major metropolitan areas that are less than a two-hour drive from the Creation Museum. The current boards feature the dragon exhibit; then in July they will highlight the world-class insect exhibit; and in August, the boards will showcase the incredible zip line course now under construction.

With the ongoing secularization of the culture, you need to bring your family to the Creation Museum, where they will be taught the truth from God’s Word concerning the history of the universe—and be taught Christian morality and the gospel based in that history. It’s all presented in a family friendly environment that honors God and his Word.

Discover for yourself what 1.8 million visitors say, “There is no other place like it in the world!” Make sure you include the Creation Museum in your summer or fall travel plans.