A Fond Farewell to a Great Scientist and Friend: David Menton

We’re mourning the loss of another giant in the AiG ministry: my great friend and former seminar teammate, Dr. David Menton, who passed away today at age 83 after a brief illness. 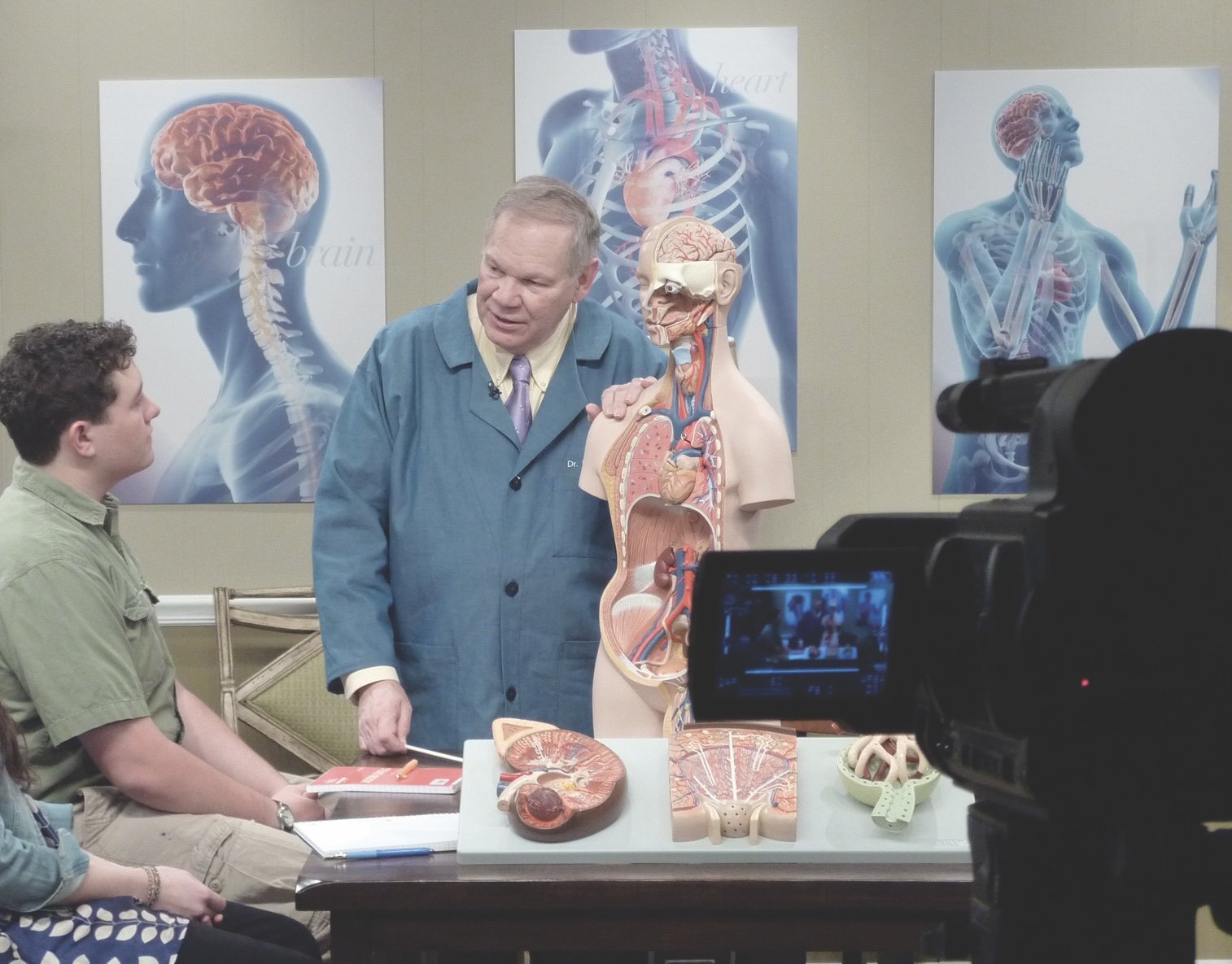 Several videos featuring Dr. Menton have been recorded and will preserve his legacy of remarkable research.

Dr. Menton served full time with Answers in Genesis for 20 years as a speaker (and as a part-time AiG speaker before that), writer, and researcher. A few months ago, he “semi”-retired from AiG but remained on call to speak and write on occasion. Last year, a pro-life exhibit at the Creation Museum Fearfully and Wonderfully Made, which he directed, opened. It was largely based on his amazing talk—heavily illustrated—on life before birth. An expanded version of this exhibit will open at the Creation Museum next fall. A striking museum exhibit on the so-called “apemen” was based on decades of his research on the fossil record. Other exhibits benefited from his years of scientific research, including one on homology (using laser technology) and how this field of science is carelessly used by evolutionists to proclaim their worldview. Dr. Menton’s remarkable knowledge of anatomy and an ability to use such information (along with his phenomenal sense of humor) made him a very talented communicator. 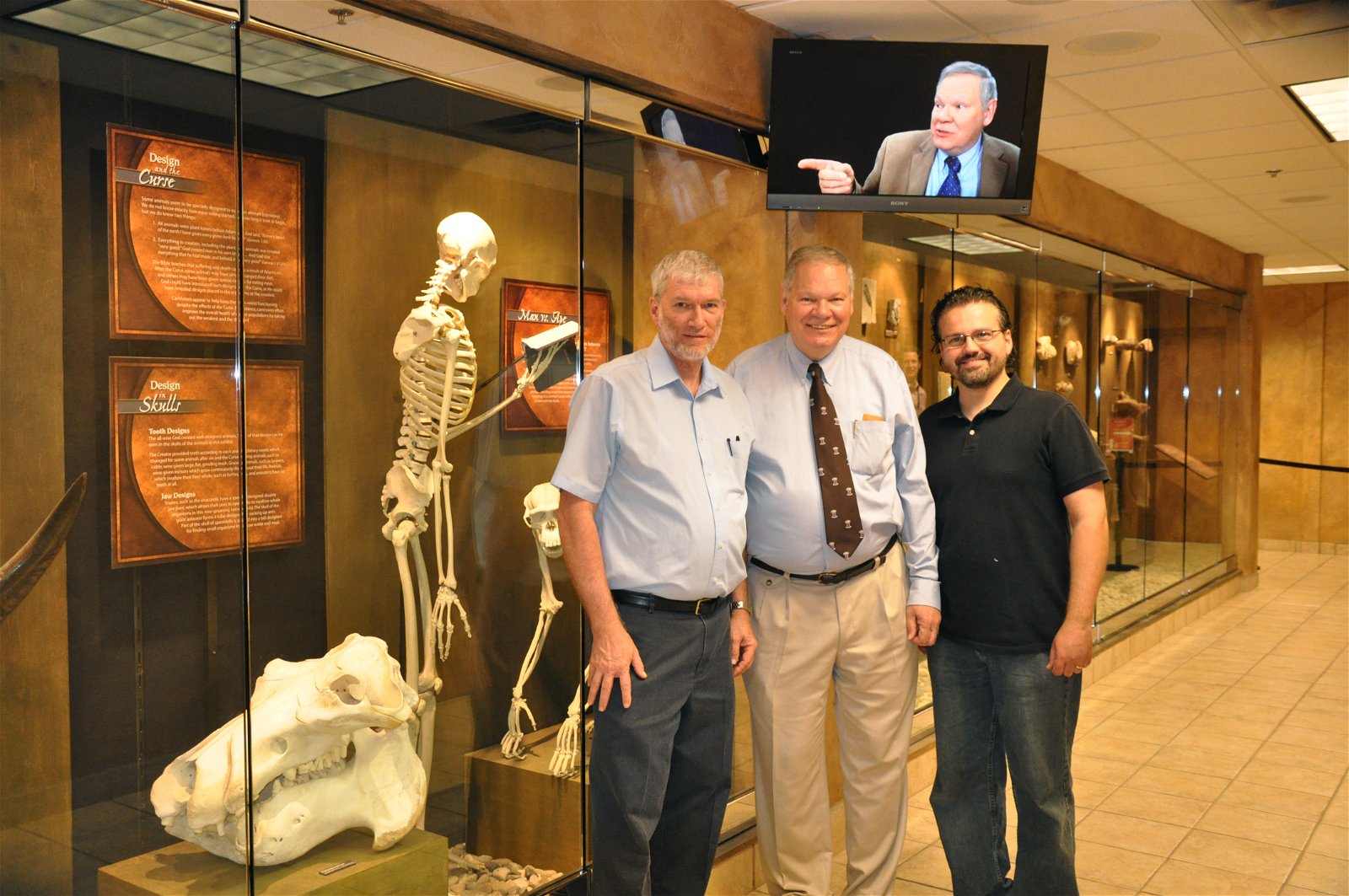 This was the day Dr. Menton opened his high-tech homology/laser exhibit at the Creation Museum—with designer Doug Henderson and me.

Until recent years, Dr. Menton and I had often spoken together at AiG conferences throughout America, and so I got to know him rather well. I first met him in the 1980s when I came over from Australia on a speaking tour. Dr. Menton helped organize a speaking engagement for me in the St. Louis area. Many people have told us that he was the finest science lecturer they had ever heard. People also enjoyed his wonderful sense of humor that was sprinkled throughout his talks.

Dr. Menton earned his PhD in biology from Brown University, one of the prestigious Ivy League schools. He served as an award-winning professor at Washington University School of Medicine in St. Louis (for 34 years). He was elected “Professor of the Year” in 1998 by the Washington University School of Medicine Class (the class of 2000). Dr. Menton retired from the school as an Associate Professor Emeritus. During his professional life, Dr. Menton was a consulting editor in histology for Stedman’s Medical Dictionary, a standard medical reference work.

Dr. Menton was well known around the US and at the Creation Museum for his stimulating talks, such as “The Hearing Ear and the Seeing Eye” (on the remarkable complexity of the human body), “Three Ways to Make an Apeman” (comparing the anatomy of apelike creatures in the fossil record to humans), “Evolution: Not a Chance” (the improbability of life arising from non-life), and several other apologetics talks, including one on the famous Scopes trial of 1925 and how it has been greatly misrepresented in the culture.

As a biblical apologist, Dr. Menton understood, from Genesis, why we have death and suffering in this world.

Here is a video clip of Dr. Menton rebutting a popular YouTube video, “Proof of Evolution That You Can Find on Your Body.”

Please pray for his widow, Debbie. He also leaves behind two daughters, Michelle and Lisa, grandchildren, and his admiring colleagues at AiG. Services are pending. 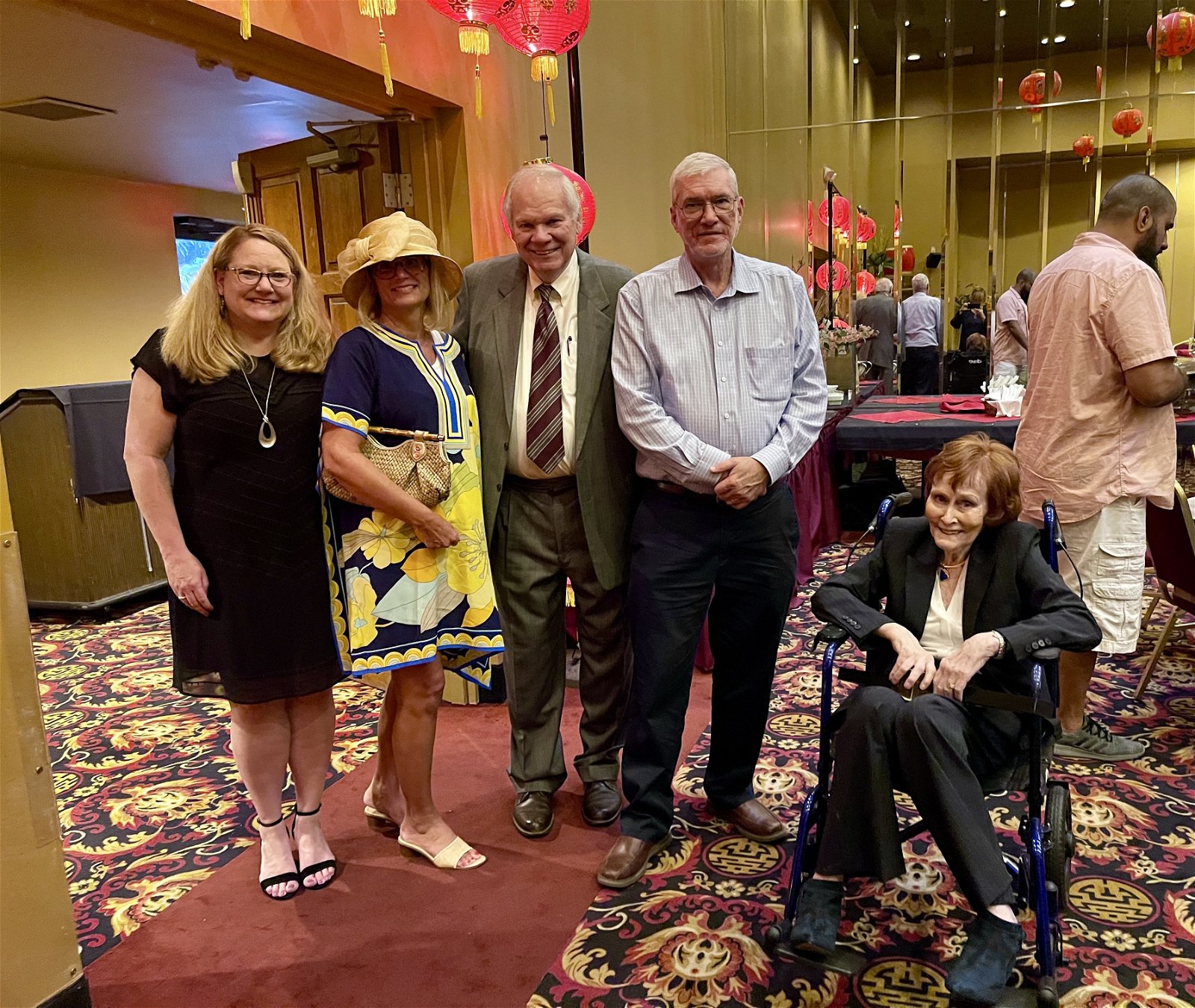 Earlier this year, we held a retirement party for Dr. Menton, attended by dozens of AiG staff. He’s shown here with his daughters from Texas and Missouri, wife Debbie in the wheelchair, and me.

Dr. Menton was a lover of music. In fact, many years ago he was a professional musician. Dr. Menton was especially fond of Handel’s Messiah and would sometimes lead an AiG staff meeting at Christmastime to play clips of the famous oratorio for the staff to hear and then comment on them. So, as we conclude this tribute to Dr. Menton, it’s appropriate to direct you to the famous “Hallelujah Chorus” from the Messiah—led by a conductor he greatly admired, John Rutter. Rejoice with us that Dr. Menton is with his Savior, shouting, “Hallelujah!”

Written with the assistance of Mark Looy, CCO.