This issue of Answers magazine examines some of the most popular myths about the dinosaurs and how they died.

Need a sneak peek? These articles are already available online:

For some people, dinosaurs represent the heart of evolution and millions of years. These fearsome reptiles act as a sort of mascot for an earth more ancient than we can even conceive, and, recently, many scientists have ascribed to nature the mysterious power to turn their scales into feathers, and the beasts themselves into birds.

Such a story makes for good fiction, but not such good history. The Bible reveals a different perspective on dinosaurs, one where dinosaurs and humans lived at the same time, and where one kind of animal does not transform into another completely different kind. And as you’ll uncover in the newest issue of Answers magazine (October–December 2011), science overwhelmingly confirms what Scripture declares.

As you zip back in time—a few thousand years, that is—you’ll see how well designed T. Rex really was. You’ll also examine the lesser-known but fascinating Hypsilophodon (and a few other smaller dinos). If you’ve ever heard about the vast amounts of time represented by the fossil record, you’ll find out why there’s no reason to cram in millions of years. Finally, you’ll set off on a global adventure to understand the truth behind those fascinating dragon legends of old!

Special Report: The Danger of BioLogos

Founded in 2007 to serve as a “mediator” between evolution and biblical Christianity, BioLogos has become the leading advocate of theistic (“God-directed”) evolution in our generation. While this movement has taken the evangelical world by storm—even including recent strong promotion of the concept by such popular evangelical publishers as Christianity Today magazine, Intervarsity Press publishing, and others—a close look at the claims of BioLogos and their media fans reveals troubling confusion about science and an undermining of biblical truth. This special report is extremely timely and reveals exactly what’s at stake.

Do fossils require millions of years to form? Hardly! Even secular geologists now recognize that rocks form very quickly. The key is the right chemical conditions, not time. See for yourself with a simple experiment.

The concept of “blind faith” is a recent invention, found nowhere in Scripture. If you go back to God’s Word, you’ll find that the Hebrew word for faith, by its very definition, refers to a logical, robust, unwavering confidence in the truth. This article sets the record straight.

While most people have heard of “a ruptured spleen,” few can tell you anything about it. Why is the spleen even in our bodies? This amazing organ quietly serves several invaluable roles in our blood system, keeping our bodies healthy. In this richly illustrated article, Dr. David Menton shows you how well designed—and important—this organ really is! 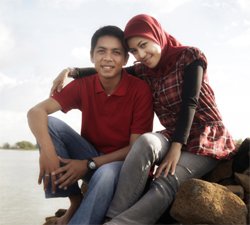 Muslim populations in the United States, England, Australia and many other “western” nations are rapidly growing. Mosques are being built in average neighborhoods, often even taking over vacated buildings originally built to house Protestant churches. Muslim families now attend religious services there. Christians should love, not fear, their Muslim neighbors. If you look beyond the rhetoric, you’ll see just how hopeless their religion leaves them, and your heart will begin to break for them. By faithfully sharing God’s grace as revealed in His Word, you can watch the light of Christ’s salvation break into their darkened hearts.

Our ancestors have always looked skyward for inspiration to master heavier-than-air flight. Now, flight engineers have discovered another source of inspiration—creatures of the sea!

More Where All That Came From! 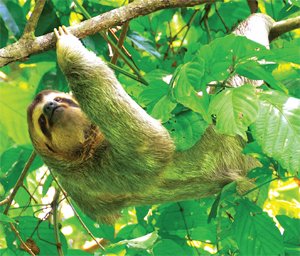 That’s just the beginning. You’ll also dive into science news, tips for parents on teaching their kids to trust the Bible, insight for teens, the lowdown on sloths, and more. Your kids will explore the history of dinosaurs on their own level and get answers to their common questions in the 8-page Kids Answers. A special pullout chart completes the issue with an easy-to-reference guide to the troubling ways BioLogos obscures both Scripture and science. For subscribers, the magazine experience extends to the web with free downloadable audio versions of some of the articles, exclusive clips from Buddy Davis’s newest DVD, practical tips for evangelizing Muslims, a Ken Ham video exposing BioLogos, and a T. Rex wallpaper for your computer.

If you don’t already receive Answers magazine, subscribe today—and make room for dinosaurs in your mailbox. If you already subscribe, please consider giving a gift subscription to your pastor, a relative, or a missionary family. Show them that the Bible really can be trusted!