Editor’s note: This article was adapted from a news release that was distributed to the media recently.

As the number of adherents to atheism increases throughout the western world, Ken Ham, founder and president of Answers in Genesis and visionary behind the Ark Encounter, and Ray Comfort, founder and CEO of Living Waters and cohost of the television program The Way of the Master, want to equip Christians to share the gospel message with atheists. Comfort’s new film The Atheist Delusion does just that, and Ham has offered to host its worldwide premiere at the recently opened Ark Encounter in Northern Kentucky on Saturday, October 22, at 7 p.m. ET.

The Daystar Television Network will broadcast the event (premiere and Q&A) live. Daystar is the largest Christian TV network in America, and broadcasts worldwide to 680 million households in over 200 countries. The Atheist Delusion was screened at a California film festival recently and won in its category. 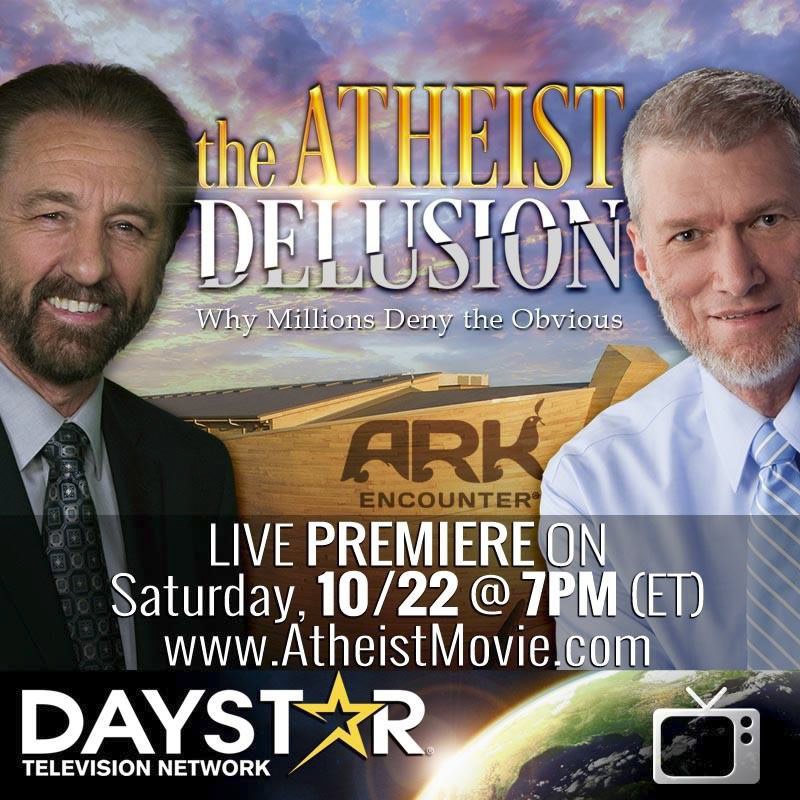 “We at Answers in Genesis, along with our friends at Living Waters, want to equip believers to share the gospel with any atheists they encounter,” Ham said. “In the new movie from my friend Ray Comfort of Living Waters, The Atheist Delusion, Christians can learn how to start with the idea that God is seen in what He has made—and transition to the message of God’s love for mankind.” Ham added: “Since our Noah’s Ark is all about sharing God’s truths with visitors, I’m thrilled to have the Ark be the venue for the premiere of this gospel film.”

The one-hour movie features on-the-street interviews with atheists as Comfort takes them from the obvious evidence of the Creator seen in the things that are made, then lovingly points out their own sin and rebellion against God, and presents the good news of the gospel of Jesus Christ.

Filmmaker Comfort said, “We are delighted that both Answers in Genesis and Daystar have seen the importance of ‘The Atheist Delusion.’” The film has been praised by top Christian leaders and filmmakers such as Alex Kendrick, Kevin Sorbo, and Kirk Cameron. Author and reality TV cohost Jason Benham said, “That was the best documentary I’ve ever seen!”

The premiere will include a special “Q&A Session” following the movie. In this live session, an expert panel, including Comfort and Ham, will answer questions sent in from Facebook and Twitter. (Questions can be submitted using the hashtag #ArkPremiere.) The live event will last two hours, 7–9 p.m. (EDT). After Daystar broadcasts the film, The Atheist Delusion will be shown on YouTube later in the evening.

Individuals have been encouraged to watch the premiere with their families—and skeptic friends—in their homes, or to host outreach events at their churches to both equip believers and challenge unbelievers. Watch the trailer and see more information about this TV broadcast and subsequent YouTube showing. 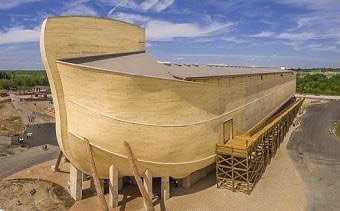 Those guests who visit the Ark Encounter earlier in the day on October 22 will have the chance to meet Indy race car driver Conor Daly, who will be there with his race car, signing autographs and conducting a Facebook Live event with Ken Ham at 11 a.m. His Indy car will be located at the bow end of the Ark.

Answers in Genesis is an apologetics (i.e., Bible-defending) ministry based in Northern Kentucky, near Cincinnati. Its Creation Museum, located west of the Cincinnati Airport, has welcomed 2.8 million visitors since opening in 2007 and has proved to be a major family attraction in the Midwest. AiG opened the Ark Encounter, a one-of-a-kind historically themed attraction, on July 7 in Williamstown, Kentucky, and is approaching 400,000 visitors in its first three months of operation. The Ark is the world’s largest timber-frame structure.