A Local or Global Flood?

This is Ken Ham, president of the ministry that built a full-size Noah’s Ark south of Cincinnati. 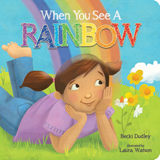 You know after the Flood of Noah’s day, Noah and his family left the Ark and offered sacrifices of thanksgiving to the Lord. God had spared them from his judgment on sin. Verses in the Old and New Testaments make it clear these eight were the only people who survived.

Then God put his rainbow in the clouds and made this promise, “I will never again destroy all flesh with a Flood.” Now many Christians argue the Flood was just a local event. But if that’s true, God’s promise is worthless—it’s been broken over and over. There’ve been many devastating local floods since Noah’s day.

But God the Flood was global, and there won’t be another like it.