“Busy as a beaver” is a term nearly everyone has heard. 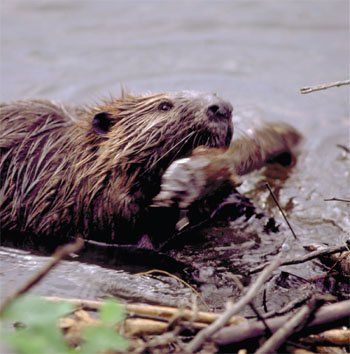 “Busy as a beaver” is a term nearly everyone has heard. It’s easy to see where the saying comes from, for the beaver is always working, whether it is chopping down trees, repairing its home, or gathering food for the winter. The largest rodent in North America, the beaver has chestnut-brown fur and a dark gray, paddle-shaped, scaly tail which it uses as a rudder when swimming. Beavers also use their tails as warning devices, slapping them on the water to warn other beavers of danger. The beaver also has strong, bright orange front teeth, which are used to cut down trees and trim branches.

A beaver likes to build its home in the middle of a pond. Sometimes these homes have two or more entrances. They cut down trees on both sides of the stream and sometimes transport them by constructing a canal upon which the trees float to the pond.

Beavers build watertight dams out of logs, branches, mud, and small rocks, thereby diverting streams and creating ponds. These dams vary in size and can be several hundred yards long by as much as 12 feet (3.6 m) high. A beaver will work all of its life to maintain a dam. Engineers are amazed at the efficiency and effectiveness of the design of beaver dams.

Beavers live in large, stable family groups consisting of one adult pair, their newborn young, and the young born the previous year. Beavers mate for life and breed during the winter. Baby beavers, called kits, are born in the spring. A litter can have as many as eight kits. They stay in the home pond until they are about two years old.

Early settlers of North America hunted the beaver for its valuable fur and for meat. The population of beavers declined dramatically until regulations and careful planning increased their numbers. Although some people regard beavers as nuisances, they actually help prevent soil erosion, create marshlands, and construct a complicated system of dams and canals that regulate flooding. 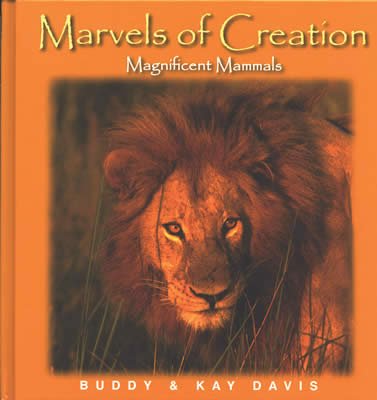