“She Has Spoken Through the Prophets”—Is the Holy Spirit a She? 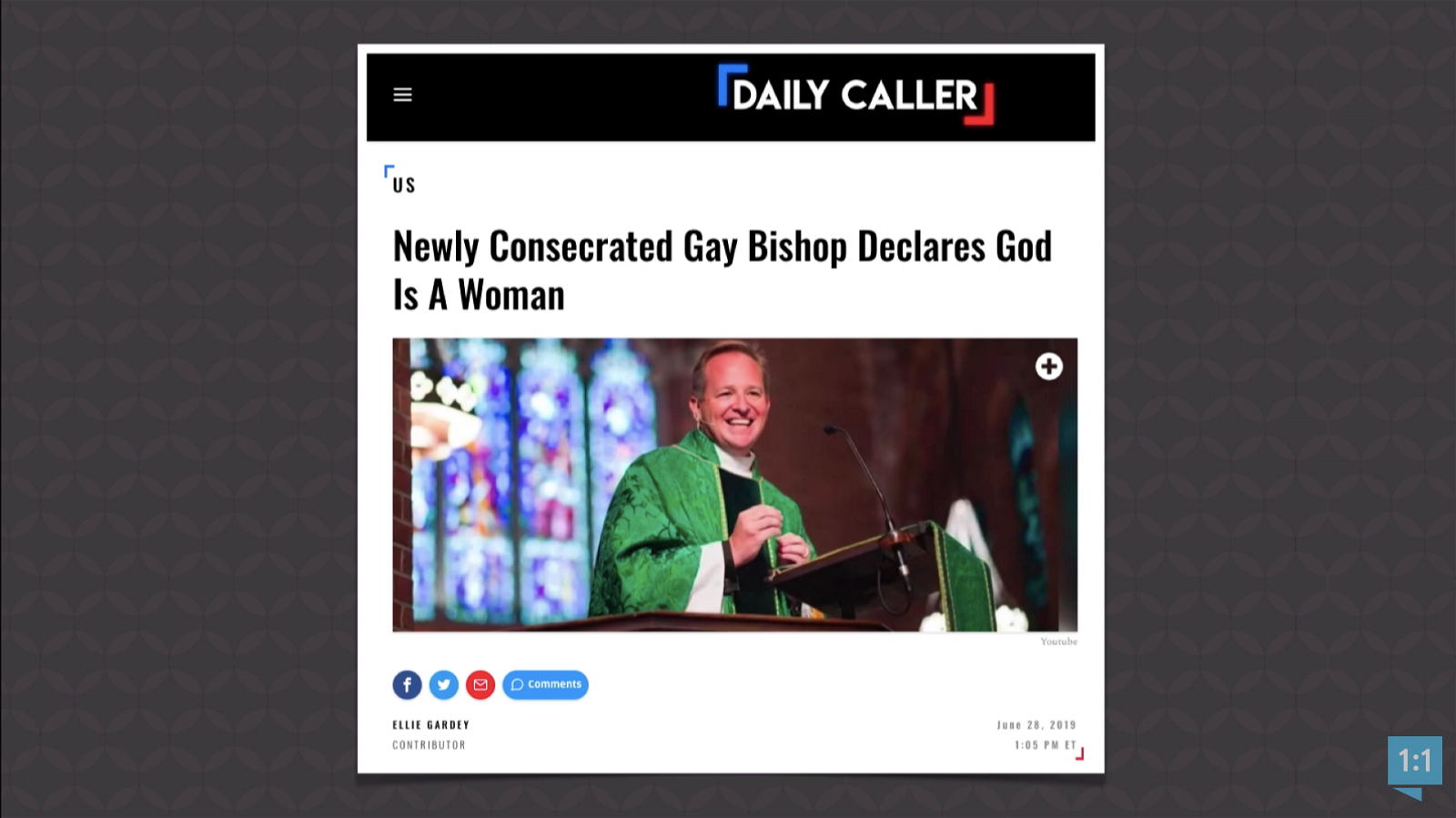 The Nicene Creed was written and adopted at the First Council of Nicaea in AD 325—well over 1,500 years ago. Since then, it has been repeated in many churches all around the world, including in an Episcopal Church in Maine, USA, recently. But the writers of the Nicene Creed certainly wouldn’t recognize one part of what was quoted in that church.

The Nicene Creed reads, in part,

And we believe in the Holy Spirit,

the Lord, the giver of life.

He proceeds from the Father and the Son,

and with the Father and the Son is worshiped and glorified.

He spoke through the prophets.

Well, a newly consecrated bishop, Rev. Thomas Brown (formerly the director of education for a Planned Parenthood branch), who is “married” to a male priest, read the latter part of that section of the Creed as “She is worshipped and glorified. She has spoken through the Prophets”—referring to the Holy Spirit as a “she.”

This was reportedly the first time anyone had publicly changed the pronouns used in the Nicene Creed to declare God was a she!

Apparently, in this particular denomination (which allows for gay weddings and supports abortion, saying this murderous practice must be treated as “all other medical procedures”), “inclusive language” is preferred. But this was reportedly the first time anyone had publicly changed the pronouns used in the Nicene Creed to declare God was a she!

But can we do that? Can we just decide that any member of the Godhead is a “she”? No! God’s Word is our standard for truth—not our ideas of what being “inclusive” means. And Scripture uses masculine pronouns—not to mention the words Son and Father (decidedly masculine names) to describe God. That’s how he has chosen to reveal himself to us. We have no right even to contemplate changing words!

Now, obviously, God is spirit (John 4:24), so he’s not male or female in the physical sense like we are. But when he stepped into history as the God-man, Jesus Christ, he stepped into history as the God-man. He reveals himself to us as the Son and as the Father—that’s masculine. And when Jesus spoke of the coming Holy Spirit to his disciples, he revealed to them that the Spirit of Truth was masculine (John 16:13). That’s how he has chosen to reveal himself to us.

Instead, they want to tell God what they believe about him, rather than allowing God to reveal himself to us through his infallible Word.

So, is “she” “worshipped and glorified?” Not if you’re talking about the God of the Bible! That’s paganism. It’s worshiping a false god, not the God of the Bible. We don’t get to decide truth for ourselves—God reveals truth to us and has done that authoritatively through his Word.

I discussed this item on Answers News with cohosts Bodie Hodge and Avery Foley. Answers News is our twice-weekly news program filmed live before a studio audience here at the Creation Museum and broadcast on my Facebook page and the Answers in Genesis Facebook page. We also covered the following topics:

Watch the entire episode of Answers News for July 8, 2019.

Previous Article One Race, One Blood Now Updated and Revised for a New Generation Next Article Stay Connected to Answers in Genesis