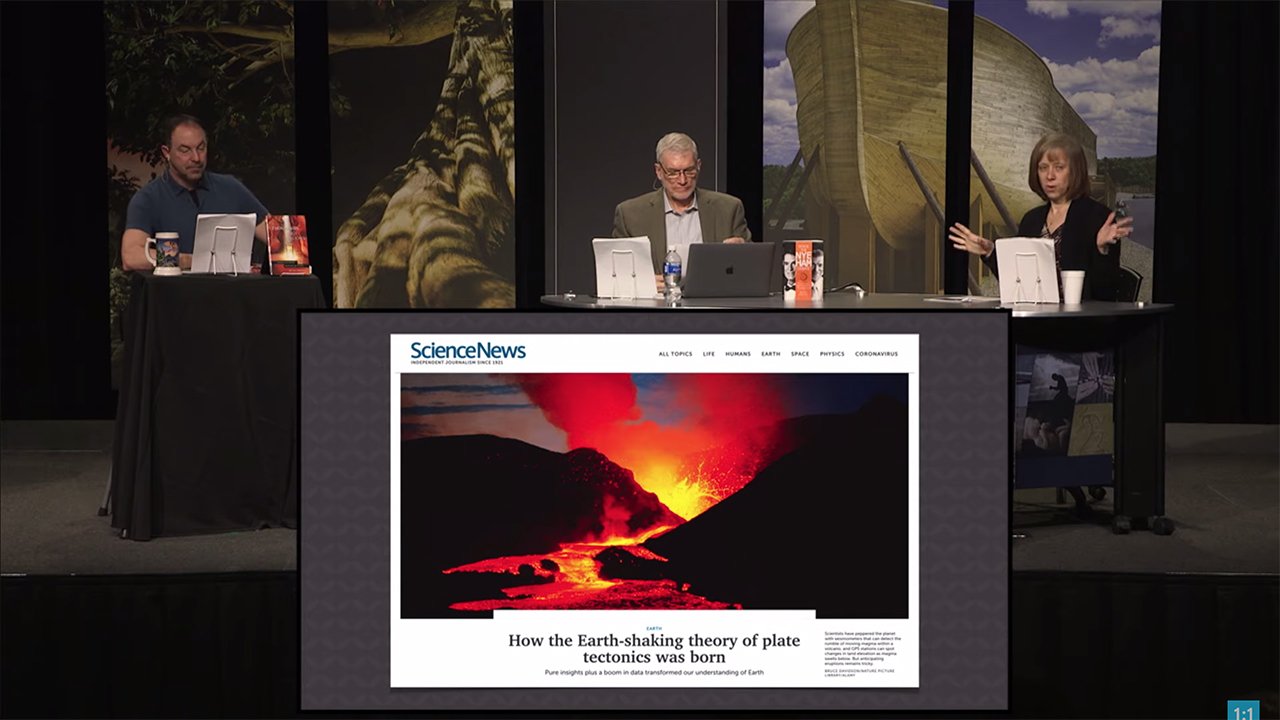 An article appeared recently on Science News titled, “How the Earth-shaking theory of plate tectonics was born.” This article attempts to trace the history of the now well-accepted idea of plate tectonics. But this historical survey forgot one very important person—the nineteenth-century creationist who first proposed the idea!

So before we jump into Science News’ missing history, what is “plate tectonics”? Well, the article, written by Carolyn Gramling, defines it as “how Earth’s surface is constantly in motion, and how its features—volcanoes, earthquakes, ocean basins and mountains—are intrinsically linked to its hot interior.”

Gramling starts her story in 1912 with Alfred Wegener, a German meteorologist, who argued that “Earth’s landmasses might be on the move.” He was mocked for his idea, primarily because he had no mechanism that could move the land masses. Keep in mind, by this time geology was dominated by uniformitarianism (the idea that the present, and present-day processes, explain the past). It wasn’t until the 1960s when irrefutable evidence forced scientists to change their minds that plate tectonics became widely accepted and geology was revolutionized. Today it’s unquestioned, but scientists still operate from a uniformitarian perspective, believing that the very slow rate the continents move today is how they’ve moved for billions of years.

Fifty-three years earlier . . . a creationist named Antonio Snider-Pellegrini suggested that the continents have broken apart from a single landmass.

Wegener, however, wasn’t the first person to come up with the idea! Fifty-three years earlier, in 1859 (the same year Darwin published Origin of Species), a creationist named Antonio Snider-Pellegrini suggested that the continents have broken apart from a single landmass. Where did his idea come from? Well, Genesis 1:9-10.

Snider-Pellegrini noticed that Genesis 1 says that God gathered all the waters into one place, suggesting a single landmass originally. He also noticed that the continents seem to fit together like a jigsaw puzzle. Based on this, he proposed that the landmass broke apart during the global flood of Noah’s day when the fountains of the great deep burst forth (Genesis 7:11). He didn’t believe the continents slowly drifted to their current locations—he argued they sprinted there during a global catastrophe! He couldn’t get his work published in English, so it was originally published in French. This resulted in his ideas not being well known at first, but his ideas were published.

The Bible held the clue to revolutionizing our understanding of geology. And if scientists would look to God’s Word—rather than their own fallible understanding—for the true history of the world, think how much further advanced science and knowledge would be! We still understand so much less than we could about this world because the vast majority of geologists (and other scientists) ignore biblical history, believing, instead, in ideas like slow-and-gradual processes over millions of years.

It’s worth noting that Snider-Pelligrini wasn’t the last creation scientist to study and consider plate tectonics. Others have, such as Dr. John Baumgardner, a prominent physicist, who proposed catastrophic plate tectonics, a model for how the earth’s crust could have rapidly broken apart and moved during the flood. His model gave testable results. As one article explains:

[Baumgardner’s] theory suggested that the “cold” crust, located beneath the pre-Flood oceans, should have sunk the full 1,800 miles (2900 km) to the base of the earth’s hot mantle, where the temperatures are up to 7,232°F (4000°C). This crust would have melted if it had millions of years to reach the base of the mantle, sinking as slowly as today’s rates. On the other hand, if it sank quickly 4,350 years ago, as Baumgardner’s theory suggested, then piles of those plates should still be found at the base of the mantle, cooler than the mantle around them.

As scientists have peered under earth’s crust with this technology, they discovered cold material, just as this model—based on the biblical timeline and a global flood—predicted!

Well, that was back in the 1980s, and science has certainly progressed since then. With new technology, scientists can actually test such an idea. And as scientists have peered under earth’s crust with this technology, they discovered cold material, just as this model—based on the biblical timeline and a global flood—predicted! This is another confirmation that the Bible’s history is true and that Baumgardner’s model is an accurate explanation of what happened during the flood.

You can discover more about plate tectonics, from a flood geology perspective, in this article by geologist Dr. Andrew Snelling.

I discussed this item yesterday on Answers News with cohosts Dr. Georgia Purdom, and Bodie Hodge. Answers News is our twice-weekly news program filmed live before a studio audience here at the Creation Museum and broadcast on my Facebook page and the Answers in Genesis Facebook page. We also covered the following topics:

Watch the entire episode of Answers News for February 1, 2021.

Previous Article 3 Reasons to Watch Answers for Women Online Next Article You Can Now Book a Hotel through ArkEncounter.com or CreationMuseum.org