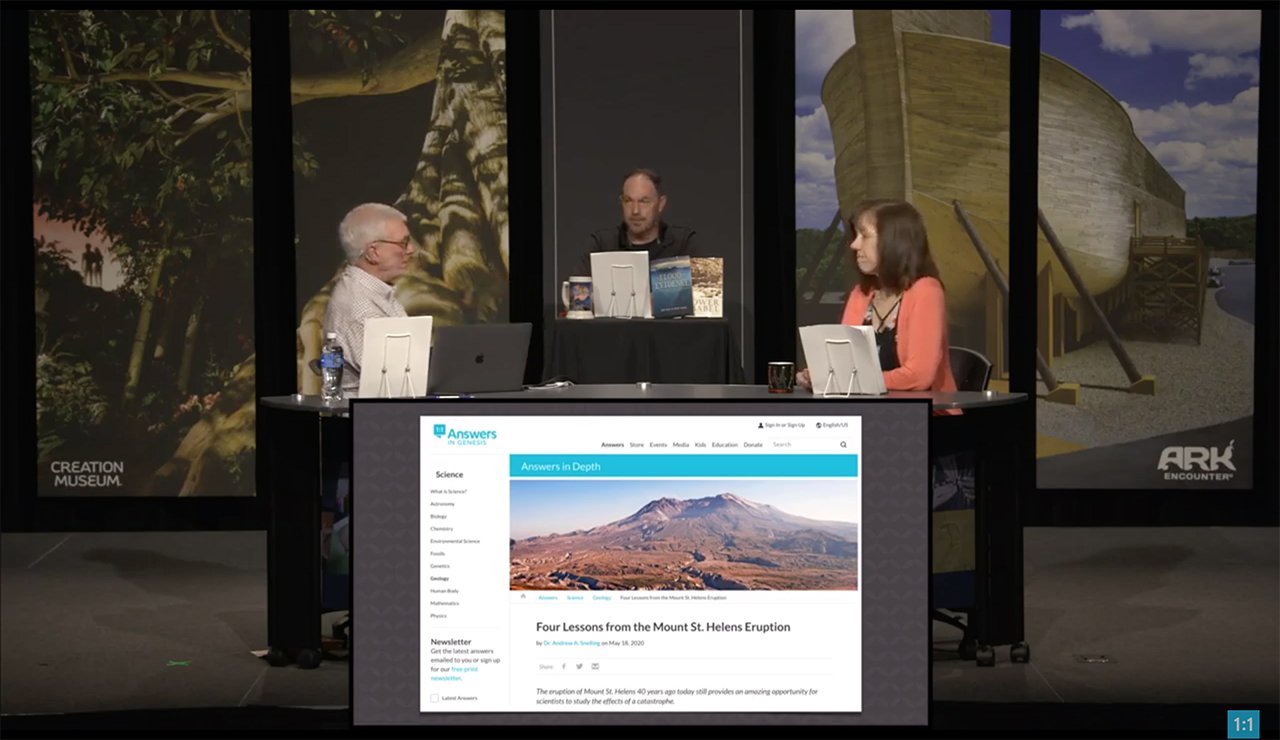 Today marks 40 years since the historic eruption of Mount St. Helens, a volcano in Washington State. On May 18, 1980, Mount St. Helens blew its top—probably the most significant geological event of that century. Pulverized ash blasted up to 16 miles into the atmosphere, and within a few minutes, about 230 square miles were devastated. Of course, looking at Mount St. Helens today, you’d never know such a catastrophe rocked that tiny corner of the globe just four decades ago.

It allowed geologists to study, in real time, how a catastrophe can radically shape the environment.

What does Mount. St. Helens have to teach us today? Well, like I mentioned, this geologic event was highly significant. It allowed geologists to study, in real time, how a catastrophe can radically shape the environment. Geologists observed the largest landslide on record, massive ash clouds cooling the global temperature by a fraction of a degree, sedimentary layers rapidly forming, bark peat forming from trees washed into nearby Spirit Lake, vertically floating trees being partially buried in this same lake, and mudslides carving out a canyon 1/40th the scale of Grand Canyon!

In other words, they observed processes that secular geologists claim take long ages happen extremely quickly because of a catastrophe (e.g., formation of peat, deposition of sedimentary layers, carving of canyons, etc.). Now, this catastrophe seems very large to us, but compared to catastrophes (including volcanic eruptions) of the past, this was a relatively small event.

This example reminds us that slow and gradual processes are not the best way of looking at the world around us. Most geologists today operate from the mindset of “the present is the key to the past.” They look at the world around us and, based on the slow and gradual processes of the present, they attempt to figure out what happened in the past. But this approach ignores how catastrophes can rapidly accomplish what appears to have taken long ages. Mount St. Helens is a perfect example of this!

Of course, most geologists ignore the greatest geological event in the history of the earth—the catastrophic global flood of Noah’s day.

Of course, most geologists ignore the greatest geological event in the history of the earth—the catastrophic global flood of Noah’s day. This flood would’ve ripped up miles of sediment and redeposited it in layers. The sedimentary layers aren’t the result of slow and gradual processes—they are a testimony to the worldwide flood! Massive layers of volcanic ash are from terrestrial and submarine volcanos erupting during the flood, part of the “fountains of the great deep” (Genesis 7:11) bursting forth. Canyons and other geological features are the result of post-flood erosion as the water swept off the continents and as the mountains were raised or as massive post-flood lakes burst their dams, carving through solid rock as they drained. Mountain chains are the result of continental plates rapidly smashing together. Our world is one giant monument to catastrophe!

Mount St. Helens was a tragedy (dozens were killed), but it was also a window into catastrophic geology and, by extension, the global flood and its aftermath. You can learn more about lessons from this catastrophe in a special new article to commemorate the eruption’s 40th anniversary from geologist Dr. Andrew Snelling, “Four Lessons from the Mount St. Helens Eruption.”

I discussed this item today on Answers News with cohosts Dr. Georgia Purdom and Bodie Hodge. Answers News is our weekly news program filmed live here at the Creation Museum and broadcast on my Facebook page and the Answers in Genesis Facebook page. We also covered the following intriguing topics: