Are Tangles in DNA “Evolutionary Hotspots”?

Evolutionists explain potential source of new information in DNA through “tangles,” though it really highlights the created complexity of genetics. 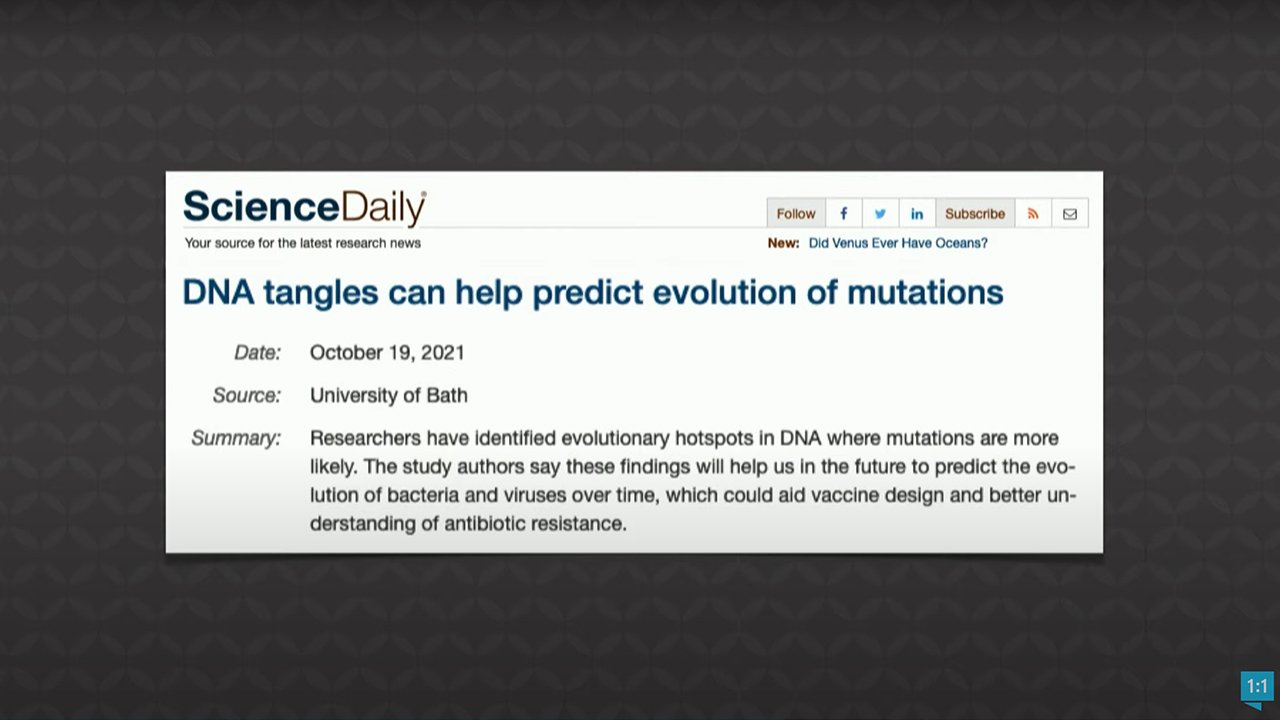 What’s the driving force of evolution? Ask that question to your average evolutionist and they will respond with “natural selection.” Well, a new study says “evolution is also influenced by tangles in the DNA strands.” It appears that these DNA “tangles” make it much more likely that a mutation will occur, thus supposedly driving evolution. But is that what is taking place?

Well, mutations are not examples of evolution. They are mistakes in already-existing genetic sequences and are generally either harmful or neutral, although a select few give a survival advantage in a restricted environment. But if mutations help drive evolution you need many, many highly beneficial mutations that add genetic information (something we don’t observe) for natural selection to act upon. And keep in mind that such an explanation for evolution doesn’t explain where the information that mutated came from in the first place! Information doesn’t come from non-information.

Regarding the DNA tangles study—which was good observational science, aside from the evolutionary storytelling pinned on, one that could have some important medical applications—I asked geneticist Dr. Georgia Purdom to explain:

DNA contains many layers of information that exist not just in the sequence of bases but also in its structure. Scientists used to think some mutations in DNA are “silent.” This means that the amino acid sequence of the protein encoded by the DNA doesn’t change. Recent research in bacteria shows that so-called silent mutations can change the structure of the DNA making it more prone to mutations in a certain area. This in turn changes the ability of the bacteria to adapt to its environment. The research has nothing to do with evolution but rather shows that DNA and single-celled organisms like bacteria are amazingly complex and could only have come into existence by the creation of the Creator God.

Good observational science doesn’t need the evolutionary storytelling tacked on. Instead, let’s study creation for God’s glory, interpreting everything through the lens of his Word.

I discussed this item yesterday on Answers News with cohost Tim Chaffey and guest Patricia Engler. Answers News is our twice-weekly news program filmed live before a studio audience and broadcast on my Facebook page and the Answers in Genesis Facebook page. We also covered the following intriguing topics:

Watch the entire episode of Answers News for November 3, 2021.