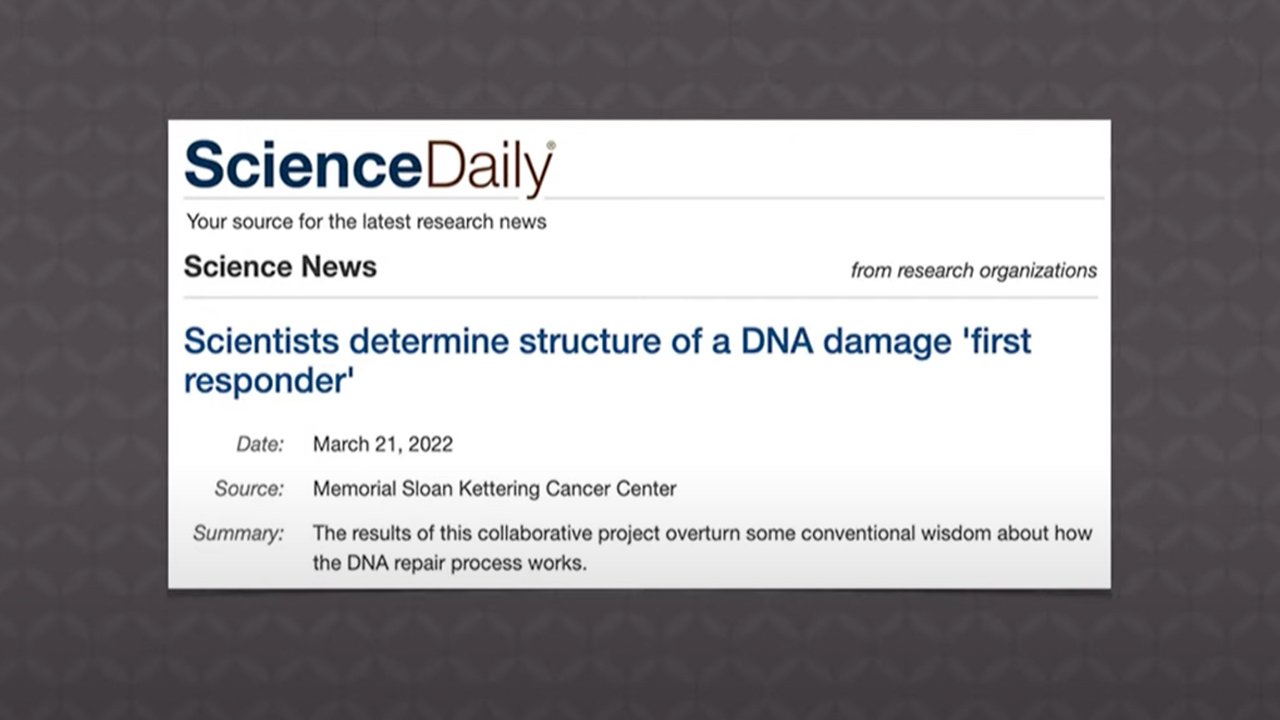 The more scientists dive into the details of what God has made, the more they discover how complex, intricate, and amazing creation really is (even if they refuse to recognize the One who made it all!). I was reminded of this recently by a news item reporting on surprising findings regarding DNA “first responders.”

God gave DNA a proofreading system to catch mistakes and “dedicated DNA repair machinery that routinely fixes mistakes.” But how do they work?

DNA is a complex language system, built off four bases, that provides the information to build each living thing. Mind-boggling amounts of information are intricately and efficiently packaged into something so small it fits inside a single cell. But it has to be even more complicated to work in a fallen world. In a world groaning from the effects of mankind’s sin (Romans 8:20), DNA isn’t perfectly copied during cell division, and mistakes can creep in. So, God gave DNA a proofreading system to catch mistakes and “dedicated DNA repair machinery that routinely fixes mistakes.” But how do they work?

Scientists have been attempting to answer this question for over fifty years, but “important outstanding questions remain.”

One particularly bedeviling puzzle is how a repair protein called the 9-1-1 clamp -- a DNA damage "first responder" -- attaches itself to the site of a broken DNA strand to activate the DNA damage checkpoint. 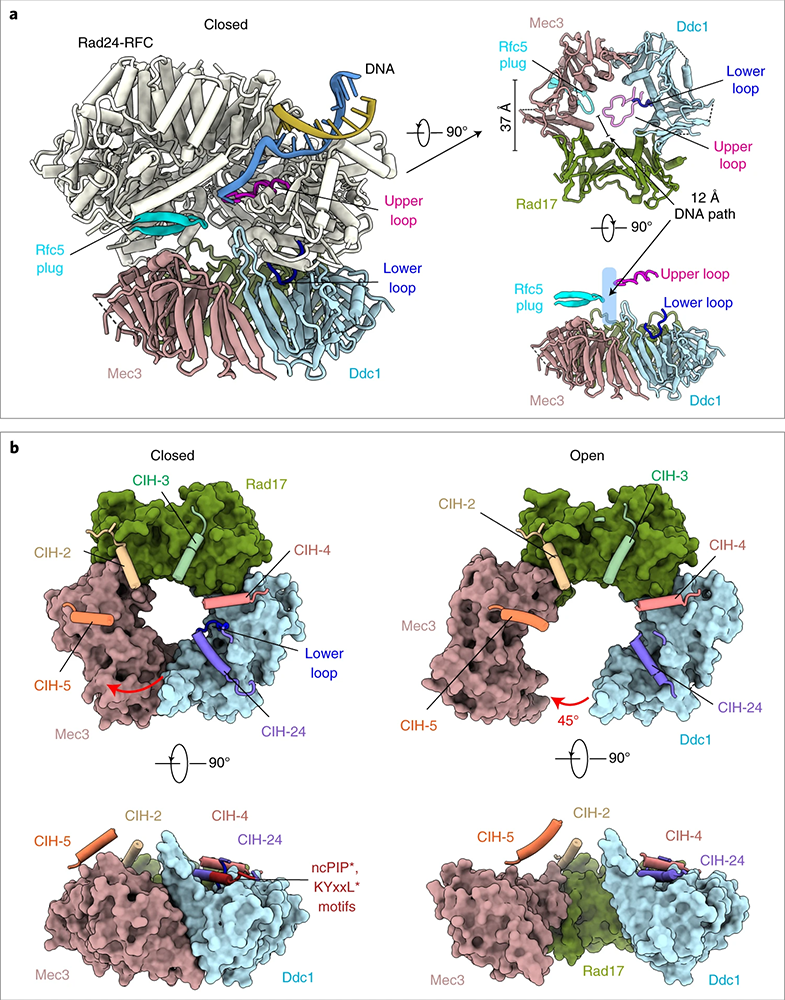 Illustration of how the 9-1-1 clamp works (Courtesy of Nature.com)

This is a “pivotal step” in the DNA repair process, but “the mechanisms involved are completely obscure.” So, in a collaborative effort, scientists created “freeze-frame images of the individual steps” at atomic resolution. And what they found “challenge[s] conventional wisdom in the field.”

Here’s how it works:

The 9-1-1 clamp is shaped like a ring. To carry out its function, it needs to surround the broken DNA at the junction between an exposed end of one strand of a double-stranded piece of DNA abutting a single-stranded one. Consequently, the ring structure of the 9-1-1 clamp must open to allow the single-stranded DNA to swing into the center of the clamp and then reclose around it. This does not occur spontaneously but is facilitated by another protein complex, called the clamp loader complex. 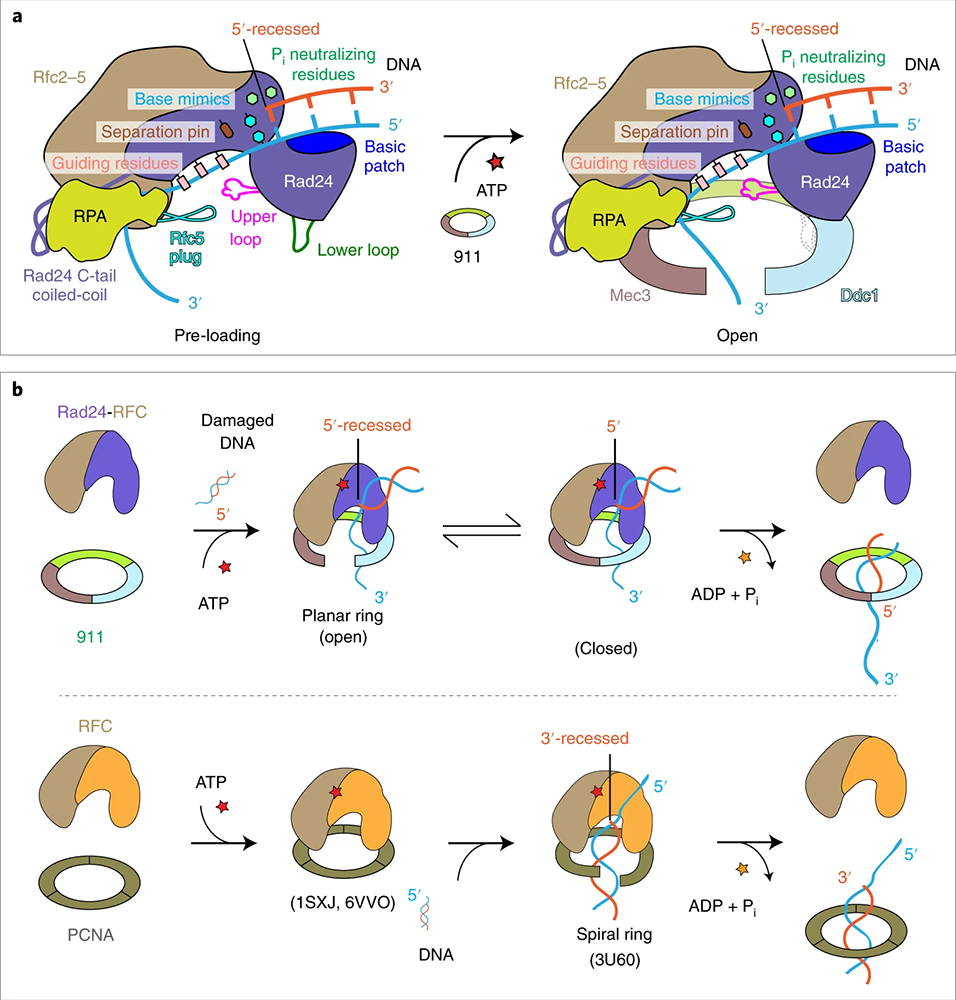 Illustration of how 9-1-1 loads to DNA (Courtesy of Nature.com)

And this research is more than just interesting. It has the potential to help scientists develop better ways of treating cancer. This is a great use of observational science to fight against the effects of sin and the curse.

The more we learn about God’s creation, the more I’m reminded of Romans 1:20:

For his invisible attributes, namely, his eternal power and divine nature, have been clearly perceived, ever since the creation of the world, in the things that have been made. So they are without excuse.

It Had to Happen!

Ok, it had to happen! With so many memes going around about the “Oscars slap” that seemed to resound around the world, I guess such a meme had to happen at some point! 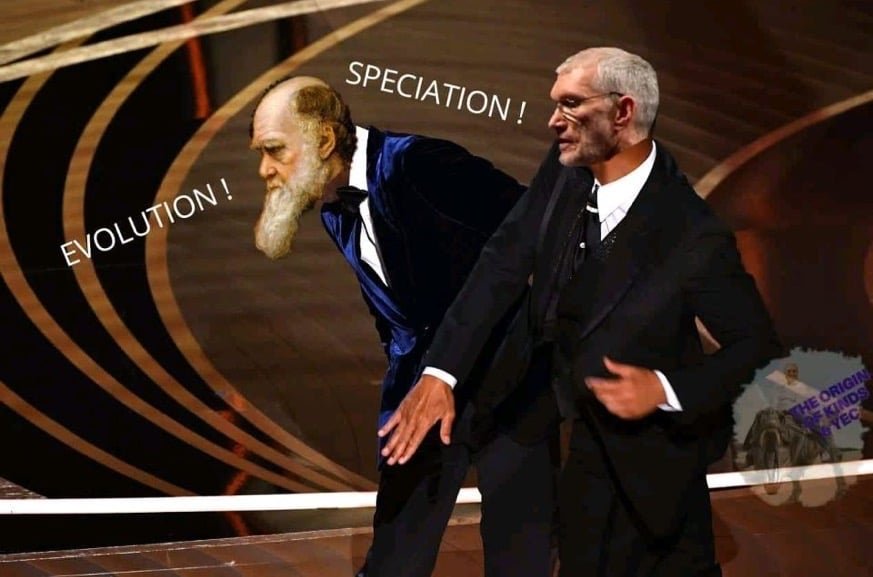 Now, I certainly don’t condone slapping someone like that. But since this meme with my name on it is public, I may as well show you all. (Of course, within a secular worldview, people doing whatever they want to do is consistent with that worldview. But this situation should make Christians think about how we should behave.)

At least the person who made this meme understands that speciation is not evolution! But for the Christian, within a Christian worldview, this should be how we behave:

Repay no one evil for evil, but give thought to do what is honorable in the sight of all. If possible, so far as it depends on you, live peaceably with all. Beloved, never avenge yourselves, but leave it to the wrath of God, for it is written, “Vengeance is mine, I will repay, says the Lord.” To the contrary, “if your enemy is hungry, feed him; if he is thirsty, give him something to drink; for by so doing you will heap burning coals on his head.” Do not be overcome by evil, but overcome evil with good.” (Romans 12:17–21)

This item was discussed today on Answers News with cohosts Dr. Gabriela Haynes, Bodie Hodge, and Rob Webb. Answers News is our twice-weekly news program filmed live before a studio audience and broadcast on my Facebook page and the Answers in Genesis Facebook page. We also covered the following topics:

Watch the entire episode of Answers News for April 4, 2022.