Response to Comments on “How Genomes are Sequenced and Why it Matters: Implications for Studies in Comparative Genomics of Humans and Chimpanzees”

The author believes that his use of the Y-chromosome comparison example was misinterpreted and desires to clarify.

In a recent issue of Answers Research Journal, an article was published entitled “How Genomes are Sequenced and Why it Matters: Implications for Studies in Comparative Genomics of Humans and Chimpanzees” (Tomkins 2011). Shortly after publication, a blog response to the paper was posted by baraminology author and researcher Todd Wood in which some important points were brought up that need to be clarified (Wood 2011a).

The goal in writing the Answers Research Journal article was to illustrate how genomic technologies have been developed and applied in the various genome projects and why understanding these factors helps one to assess the various evolutionary claims that have been made. As an example, I used a comparison between the human and chimpanzee genome projects. The public human genome project used a very methodical (well-funded) approach and employed a diversity of technologies to produce a fairly well detailed genomic framework (International Human Genome Sequencing Consortium 2001; 2004). The chimpanzee genome project received much less funding and relied on the human framework to assemble the DNA sequence obtained through a much quicker and less costly process called whole genome shotgun sequencing (The Chimpanzee Sequencing and Analysis Consortium 2005). However, when the chimpanzee genomic resources became better developed, new tools became available to produce a framework that could stand more on its own merits (Warren et al. 2006). Such an example was the Y-chromosome project, which revealed dramatic differences between the human and chimp MSY regions in gene numbers and gene families (Hughes et al. 2010). While a number of large non-coding structural features (for example, palindromes) were already identified as being quite different, as Wood noted (Rozen et al. 2003), the more detailed features were still largely undefined. I believe that my use of the Y-chromosome comparison example was misinterpreted by Wood, and perhaps by other readers as well. Wood notes:

He does leave out one very, very important issue, however, namely that the Y chromosome is unrepresentative of the entire genome and should therefore not be considered vindication of the opinion that the chimp genome will be much more different than is generally reported (Wood 2011a).

My primary point in using the Y-chromosome example was to show how the refinement of genomic tools can provide a considerably more annotated portrait of genomic landscapes and reveal surprising details. This is something that needs to be done for other regions of the chimpanzee genome before definitive conclusions about human-chimp similarity can be made. It was not the goal of my recent paper to make a claim that the chimp Y-chromosome was indicative of the level of comparative differences between autosomes (non-sex chromosomes). Physical map tools and re-sequencing technologies need to be utilized on other parts of the chimp genome as they were in the Y-chromosome study. In fact, the bigger question we may need to be asking is why have not any similar autosomal studies been published? Perhaps the results were a little too shocking.

Another point that needs to be addressed from Wood’s blog, are comments made about levels of SNP (single nucleotide polymorphism) diversity among autosomal regions compared to the Y-chromosomes. Wood references a paper published by the International SNP Map Working Group (2001) and makes the following comment.

Unfortunately, Wood got his SNP data backwards regarding the 2001 Nature paper, which is understandable when you read the paper. Per request, Wood graciously posted a correction on his blog site (Wood 2011b). However, despite the blog blunder, a very interesting point concerning the Y-chromosome surfaced. Data from the Nature SNP paper shows in Table 1 that the SNP rate is actually about four times less on the Y-chromosome compared to the autosomes. The authors use a somewhat confusing “kb per SNP” rather than “SNP per kb” rate, contrary to normal semantics (1 kb = 1,000 bases DNA). The paper indicates that the Y-chromosome has a much higher kb per SNP 12.2 kb vs 3.0 (genome ave), indicating that there are less SNPs per kb. Also, Table 2 shows that the heterozygosity (DNA diversity between individuals) for the Y-chromosome is 1.5 vs. 7.5 (genome ave)—a much lower level. All of this data makes perfect sense because the Y-chromosome has no similar homolog and undergoes very little recombination with the X-chromosome during meiosis, despite its large non-coding DNA content. Given this low level of recombination and sequence diversity on the Y-chromosome, the primate evolution model encounters a serious problem—the human and chimp Y-chromosomes should be considerably more similar to each other. The remarkably different DNA sequence of the Y-chromosomes between human and chimp presents a very serious problem for common ancestry. This fact in and of itself is quite noteworthy and would have never presented itself were it not for Wood’s blog.

If there are profound dissimilarity issues between the human and chimp autosomes, what is the best method to evaluate this issue in the most unbiased manner? This question is particularly important because the chimpanzee genome assembly is still largely based on the human genomic framework. In addition, it now looks like the wide-spread contamination of non-human databases with human DNA is a serious problem (Longo, O’Neill, and O’Neill 2010) and will likely be somewhat difficult to detect among primate and other mammalian databases. Bioinformatic research in comparative genomics between human and chimp is currently in progress at the Institute for Creation Research and reports will be forthcoming in the near future.

The Chimpanzee Sequencing and Analysis Consortium. 2005. Initial sequence of the chimpanzee genome and comparison with the human genome. Nature 437:69–87.

Tomkins, J. 2011. How genomes are sequenced and why it matters: Implications for studies in comparative genomics of humans and chimpanzees. Answers Research Journal 4:81–88. Retrieved from www.answersingenesis.org/articles/arj/v4/n1/implications-for-comparative-genomics. 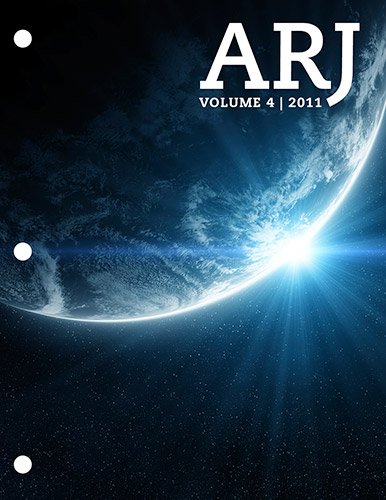