A NY Parent Wants to Marry Their Child—Why Not? 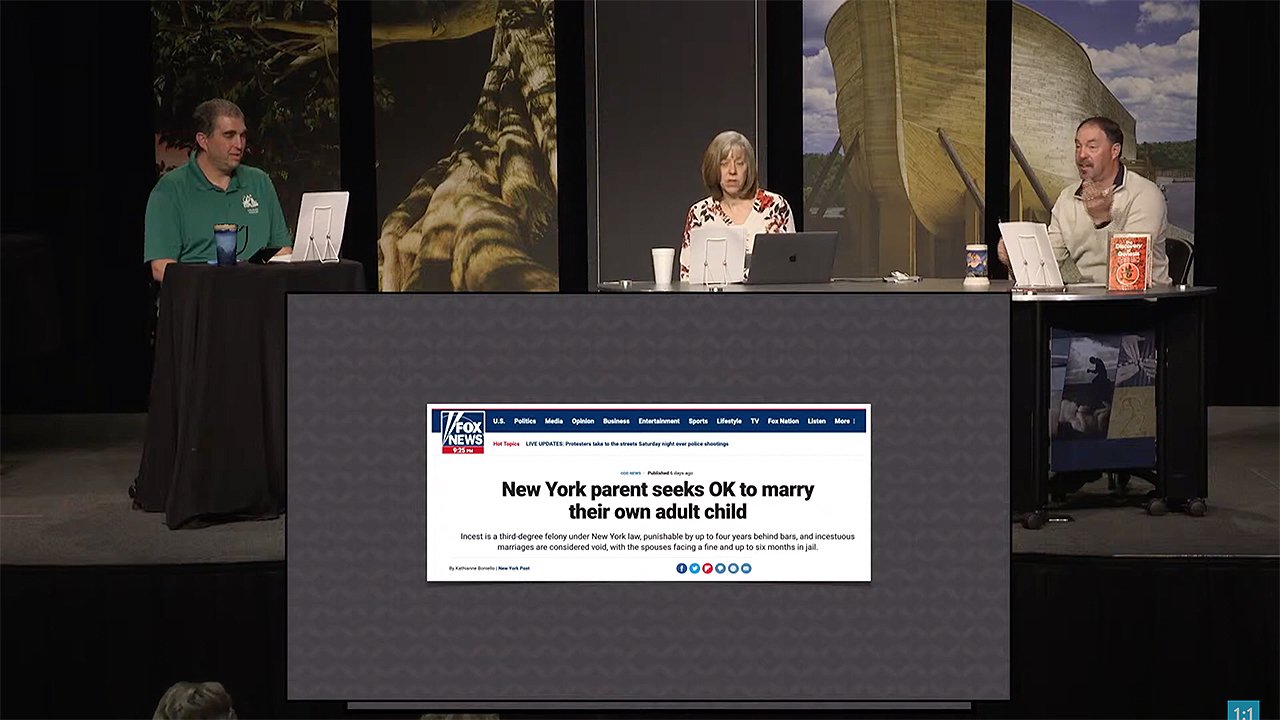 A person in New York wants to marry their adult child and is suing the government to “overturn laws barring the incestuous practice, calling it a matter of ‘individual autonomy.’” Yes, you read that right. A parent wants to marry their child (and presumably the child wants to marry their parent). The genders of those involved aren’t disclosed, but they claim to be a “Parent and Adult Child Non-Procreationable” couple.

They argue that the only real reason a parent and child shouldn’t be allowed to marry is if they could potentially produce offspring, which this couple apparently cannot. Using the same arguments as the LGBT community, their lawyer argues that “they want to propose, but would ‘sustain emotional harm’ if they did so while the current laws are in effect” and barring them from doing so would “diminish their humanity.” They also argue “through the enduring bond of marriage, two persons, whatever relationship they might otherwise have with one another, can find a greater level of expression, intimacy and spirituality.”

This should not be surprising whatsoever. Christians and conservatives have argued for years that once you arbitrarily redefine marriage to be two men or two women, where do you stop?

This should not be surprising whatsoever. Christians and conservatives have argued for years that once you arbitrarily redefine marriage to be two men or two women, where do you stop? If the only factor that matters is consent, then why not marriages or sexual relationships between close family members, children and adults, multiple people, and more? When there’s no ultimate foundation, anything goes, and there’s no longer any standard by which to stop the onslaught of human depravity. Reminds me of Judges 21:25, where people do whatever is right in their own eyes.

From a biblical worldview we can say that such a “marriage” would be categorically sinful:

This is affirmed in the New Testament:

It is actually reported that there is sexual immorality among you, and of a kind that is not tolerated even among pagans, for a man has his father's wife. And you are arrogant! Ought you not rather to mourn? Let him who has done this be removed from among you. (1 Corinthians 15:1–2)

We will continue to see court cases like this one in the United States. Without an ultimate standard by which to say such things are wrong, the “anything goes” mentality will only continue to spread and take hold. As Christians we need to start with God’s Word in every area and understand there are moral absolutes that don’t change if culture or laws change.

But What About Incest in the Old Testament?

But what about what we call incest today in the Old Testament? For example, Cain had to marry his sister (or maybe his niece), and Abraham married his half-sister.

Well, first of all, there are no positive examples of parent-child incest in the Bible, and Paul makes it clear in 1 Corinthians 5 that parent/child marriages are naturally abhorrent even to “pagans.” But what about brothers marrying sisters or first cousins? We do find examples of that, particularly in Genesis. As I explained in one of my articles on this question:

In all, there appear to be three interrelated reasons for the introduction of laws forbidding close intermarriage:

With this issue we can’t start with our feelings or our culture—we must start with God’s Word and biblical thinking.

With this issue we can’t start with our feelings or our culture—we must start with God’s Word and biblical thinking.

This item was discussed today on Answers News with cohosts Dr. Georgia Purdom, Roger Patterson, and Bodie Hodge. Answers News is our twice-weekly news program filmed live before a studio audience here at the Creation Museum and broadcast on my Facebook page and the Answers in Genesis Facebook page. We also covered the following topics:

Watch the entire episode of Answers News for April 21, 2021.