Photo by Solen Feyissa, via Unsplash.

Is TikTok Enticing Kids to Identify as Transgender?

Hashtag #trans has been viewed over 26 billion times on TikTok encouraging millions of teens toward irreversible bodily harm—and rebellion against God’s design. 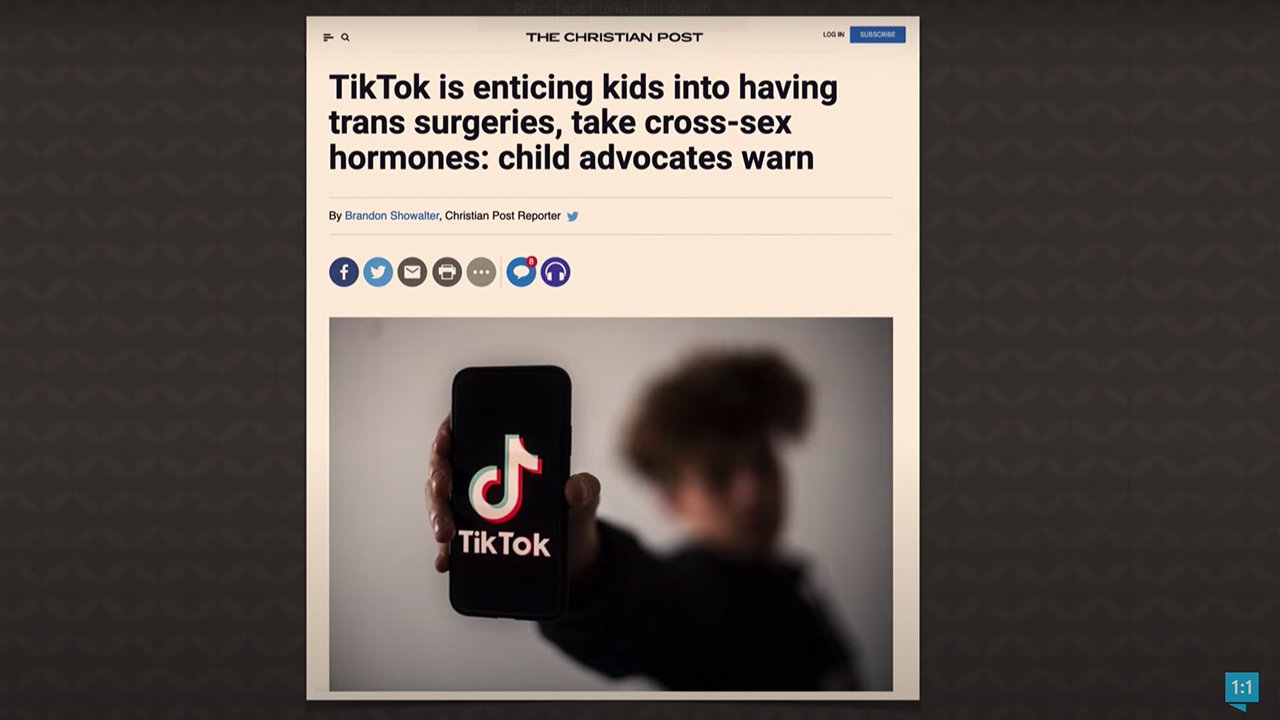 What kind of content are your children consuming? The app TikTok, with its never-ending flood of short, highly clickable videos, is extremely popular. Apparently, users between the ages of four and fifteen spend an average of 69 minutes per day on the app. What are they watching? Well, TikTok is well known for its sexualized content, and according to reports, the hashtag #Trans has been viewed over 26 billion times on the app!

Such videos [with the hashtag #Trans] often feature young people documenting in a fun, light-hearted way the various stages of undergoing experimental hormones and irreversible, body-altering surgeries to appear more as the opposite sex.

And this has child advocates concerned, sharing things such as:

TikTok is “hugely influential and it’s full of videos that portray medical transition as cool and edgy.”

“That children could be exposed to such a thing as sex mutilating surgeries 26 billion times is unfathomable. That it is being marketed as cool via 'trans' models, surgeons, and make-up, on their social media is unconscionable. Parents and caregivers have to step in and become the tech police of what their children are exposed to because transition surgeries are being marketed to them and they are buying the illusion as a panacea for all their adolescent angst.”

“The message is so often, ‘Don’t involve your parents.’”

“What these videos would lead a generation of children to believe is that it is easy to change sex and that it is the answer to all of your problems.”

TikTok has recently announced it will be “formally partnering with [the prominent LGBT “rights” group] Stonewall . . . in order to promote transgender-themed material,” so children are only going to be increasingly exposed to the kind of material that presents irreversible surgeries and hormone therapies as “cool” and the answer to their problems.

Of course, the only answer to their problems is the truth of God’s Word and the saving gospel.

This TikTok situation should concern every parent. And it should be a wake-up call that we need to be considering what content our children are consuming.

This TikTok situation should concern every parent. And it should be a wake-up call that we need to be considering what content our children are consuming, what social media sites they are visiting, and, most importantly, what foundation we’ve laid in their hearts and minds so they can properly interpret what they will inevitably hear and see in light of God’s truth.

While we should be doing our due diligence to monitor what our children are watching, we should also ensure we’ve done the groundwork to lay a solid foundation of belief in God’s Word and a biblical worldview, beginning with God’s design of man and woman in Genesis 1, so they can respond biblically to the world’s enticement of “you can be like god” and change yourself into something you are not. This biblical foundation is vital if we want them to “destroy arguments and every lofty opinion raised against the knowledge of God, and take every thought captive to obey Christ” (2 Corinthians 10:5).

You can learn more about a biblical response to transgenderism in this presentation from AiG’s Avery Foley:

This item was discussed yesterday on Answers News with cohosts Dr. Georgia Purdom, Patricia Engler, and Bryan Osborne. Answers News is our twice-weekly news program filmed live before a studio audience and broadcast on my Facebook page and the Answers in Genesis Facebook page. We also covered the following topics:

Watch the entire episode of Answers News for January 10, 2022.