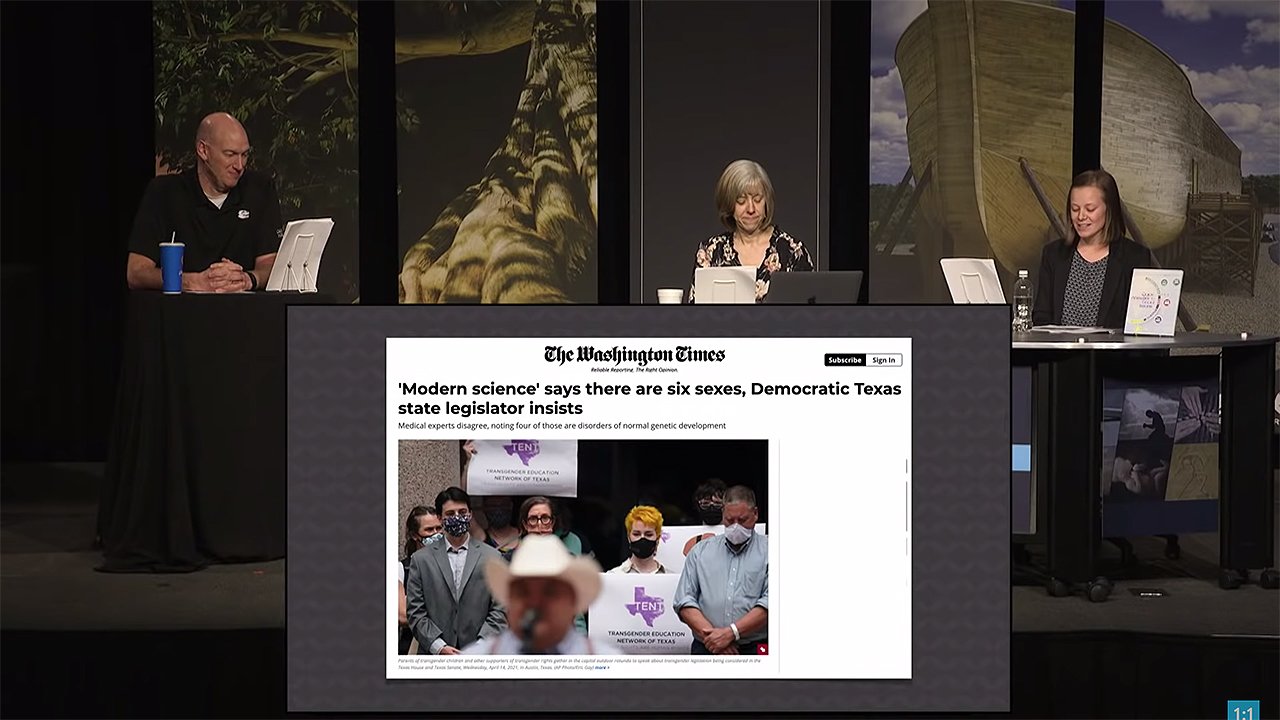 A few weeks ago CNN published a news piece that contained the statement, “It’s not possible to know a person’s gender identity at birth, and there is no consensus criteria for assigning sex at birth.” Such a statement is obviously anti-science—the “consensus criteria” for establishing “sex at birth” has been known since Eve gave birth to Cain, and Adam said, “It’s a boy!” Well, CNN isn’t alone at being anti-science.

A Democratic state legislator in Texas, who attended Harvard, recently stated, “I want us to all be aware of recognize [sic] is that modern science obviously recognizes that there are many more than two biological sexes. In fact, there are six . . . ”

Does modern science really recognize “six really common biological sexes” in humans? No. There are two: male and female.

Does modern science really recognize “six really common biological sexes” in humans? No. There are two: male and female. The “gender identities” so popular today are not biological sexes—they are determined by the feelings of the person claiming the gender identity. But feelings do not determine truth. Instead of relying on our feelings, we must turn to the Word of God for absolute truth and, by the power of God’s spirit and the gospel, line our feelings up with God’s Word and truth. And besides, because we are sinners (Romans 3:23) and our hearts are “deceitful above all things and desperately wicked” (Jeremiah 17:9), we can’t trust our feelings!

Rep. James Talarico went on to state, “The point is that biologically speaking, scientifically speaking, sex is a spectrum, and oftentimes can be very ambiguous.” What does he mean by this? Well, he’s pointing to the fact that not everyone is XX (female) or XY (male)—“but also single X, XXY, XYY and XXXY.” But do abnormalities in sex chromosomes really mean there are “six really common biological sexes”?

These abnormalities are not the same thing as so-called “gender identity.”

Such individuals need compassion and kindness—and they need the truth that comes from God’s Word and is confirmed by observational science. There are only two genders/sexes in humans: male and female (Genesis 1:27). That’s how God has made us, and trying to change one’s gender is ultimately a sinful rejection of God’s design. Those who struggle with gender dysphoria need gospel truth. They need to know that their identity need not be rooted in themselves and their feelings but rather in Christ, his death, and resurrection for them, and his design for them and their body.

Those who struggle with gender dysphoria don’t need chemicals, body mutilating surgery, cross-dressing clothes, new pronouns, and a new name—they need the gospel message that changes hearts and lives for eternity and gives them a new identity rooted in Christ.

This item was discussed recently on Answers News with cohosts Dr. Georgia Purdom, Avery Foley, and Tim Chaffey. Answers News is our twice-weekly news program filmed live before a studio audience here at the Creation Museum and broadcast on my Facebook page and the Answers in Genesis Facebook page. We also covered the following topics:

Watch the entire episode of Answers News for May 5, 2021.