More Confusion in the Story of Human Evolution 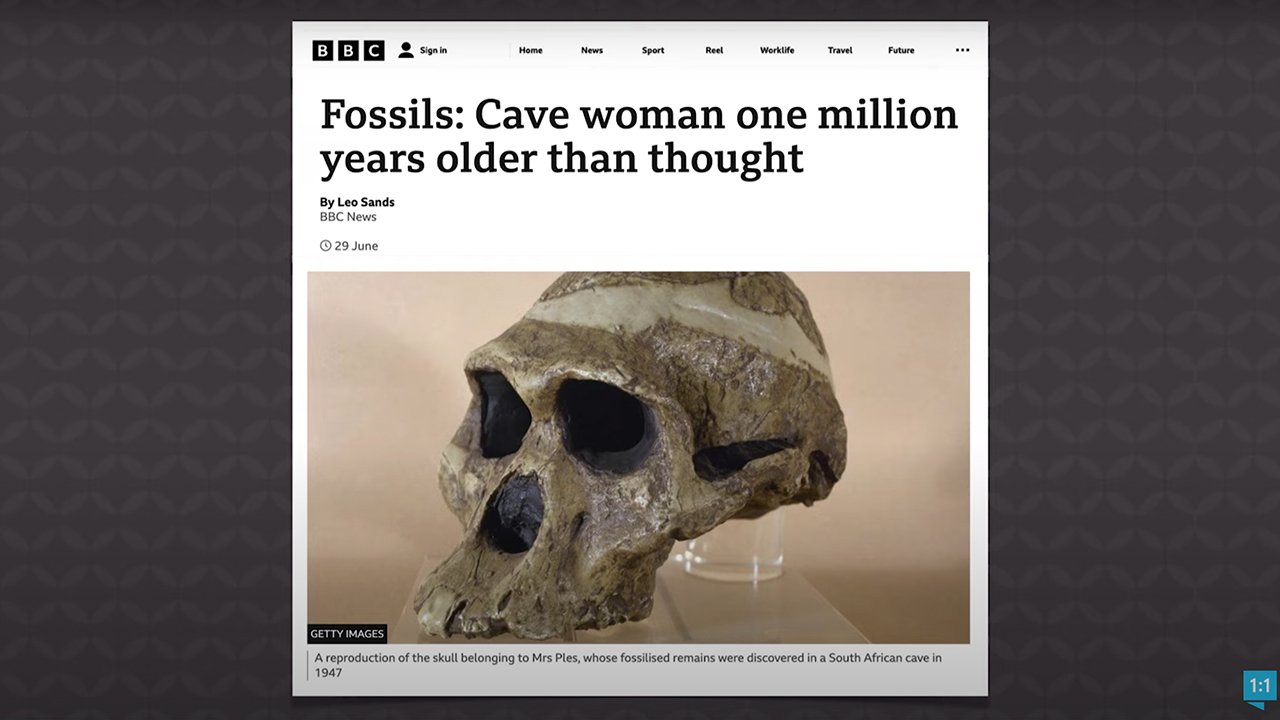 The story of how humans evolved is continually changing. It seems every new find disrupts what evolutionists expected based on their interpretation of previous evidence and the storytelling they add to it. And a new date for a previous find is no exception.

“Mrs. Ples” was discovered in a South African cave in 1947 and is classified as Australopithecus africanus. Previously this fossil was thought to be less than 2.6 million years old. But new dating techniques have now placed the fossil at between 3.4 and 3.7 million years old—a “mere” one million years from the previous estimates!

And that means evolutionists now have to rethink human evolution because, in this new timeline, not only is Mrs. Ples now “old enough” to be a supposed human ancestor, but her species and that of Lucy (the famous Australopithecus afarensis specimen), in the evolutionary view, lived at the same time, and their species could have interbred with one another.

As the article states:

This new timeline could reshape common understandings of human evolution.

It means there are now more possible ways by which our ancestors could have evolved into early humans.

But, of course, what they don’t note in the article is that the methods used to date these fossils are filled with problems and assumptions. They render those dates untrustworthy as absolute ages for rocks or fossils.

Ideas regarding human evolution are constantly changing—and it’s not because science is refining itself. It’s because the idea of evolution is nothing more than a fairytale. Of course, the evidence isn’t going to match what evolutionists expect—they are starting from the wrong foundation, man’s word, rather than the eyewitness testimony of history given to us in God’s Word.

I’m thankful that, rather than ever-changing evolutionary stories, we have the unchanging Word of God to base our thinking on:

The grass withers, the flower fades, but the word of our God will stand forever. (Isaiah 40:8)

It’s a reminder to “Stop regarding man in whose nostrils is breath, for of what account is he?” (Isaiah 2:22).

And, by the way, in a biblical worldview we understand that Mrs. Ples and Lucy did both live at roughly the same time—but it wasn’t millions of years ago! They are representatives of the great ape kind that diversified after the flood and were buried in post-flood sediment or in caves. They aren’t mysterious hominids at all—just apes!

The item was discussed today on Answers News with cohosts Dr. Georgia Purdom, Dr. Kaia Kloster, and Bodie Hodge. Answers News is our twice-weekly news program filmed here at the Creation Museum and broadcast on my Facebook page and the Answers in Genesis Facebook page. We also covered the following topics: