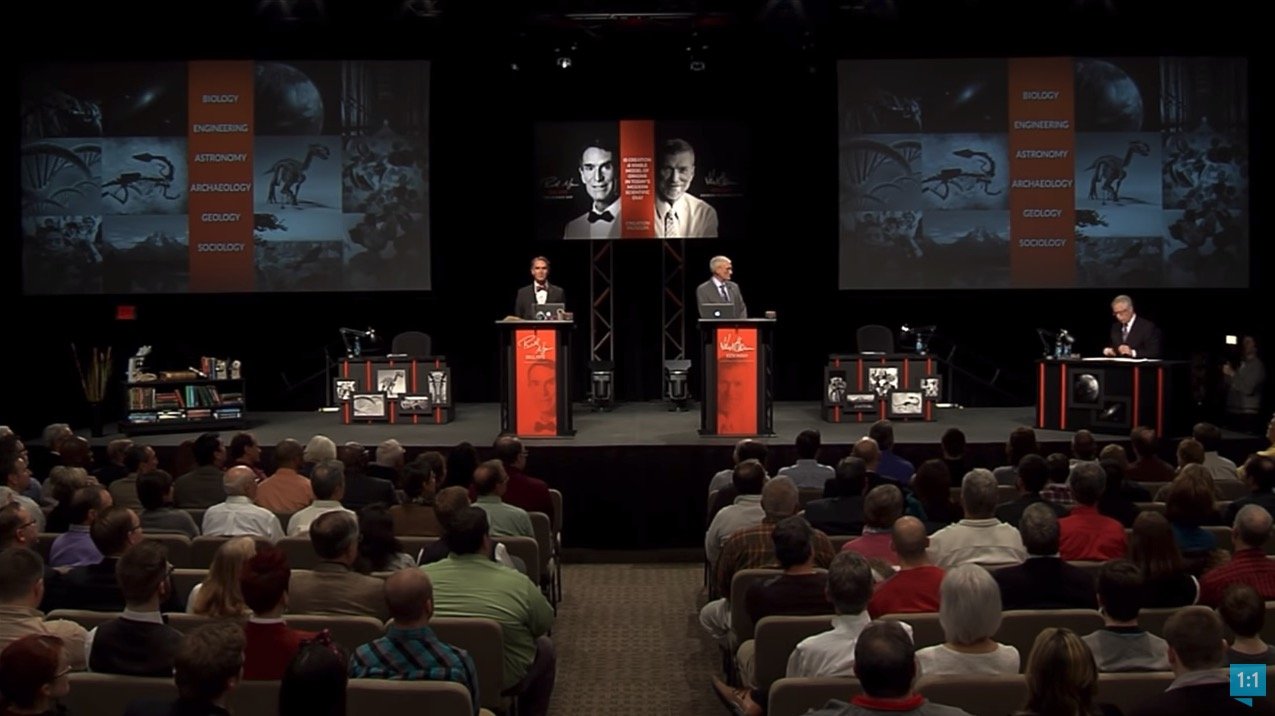 It’s hard to believe it was already six years ago today that I stood on the stage in Legacy Hall at the Creation Museum, in front of an absolutely packed audience (tickets to the event sold out in minutes) made up of both creationists and evolutionists, to debate Bill Nye, TV’s “The Science Guy.” And, even though 2014 was a while ago now, I’m still hearing many testimonies of people who were impacted by that well-known debate, watched worldwide.

When I’m out speaking or meeting guests at the Creation Museum and the Ark Encounter, I frequently hear from people who first heard of Answers in Genesis because of the 2014 debate. In the days leading up to the debate, it received wide media coverage and was a trending topic. Millions heard it was happening, and millions watched it live—or have watched the full YouTube video or the unedited DVD we made available. It’s truly had a massive impact! Millions of people have watched it over the years.

It was an opportunity, before millions of people, to share the good news of the gospel of Jesus Christ.

For me, the debate was so much more than an opportunity to talk about the book of Genesis or creation (as important as those topics are!). It was an opportunity, before millions of people, to share the good news of the gospel of Jesus Christ.

Ultimately, that’s what we’re on about here at Answers in Genesis. Our ultimate hope and prayer is that those who view our resources and visit our attractions are impacted for eternity with the only message that saves: the gospel of Jesus Christ. We want to show that the history in God’s Word can be trusted, that the Bible is the ultimate authority and therefore the message of the gospel can also be trusted.

If you haven’t seen the debate yet, you can find the full version on YouTube or purchase the 4-DVD set, including bonus features and a post-debate discussion I had with Dr. Georgia Purdom.

And once you’ve watched it, you will want to watch the second debate—an informal but powerful exchange as I walked Bill Nye through the Ark Encounter right after the Ark opened in 2016.