There are times I just get so tired of the secular media’s bias against Christians! Actually, what the secular media does a lot in politics (spread misinformation) has been done against Answers in Genesis, the Creation Museum, and Ark for many years. 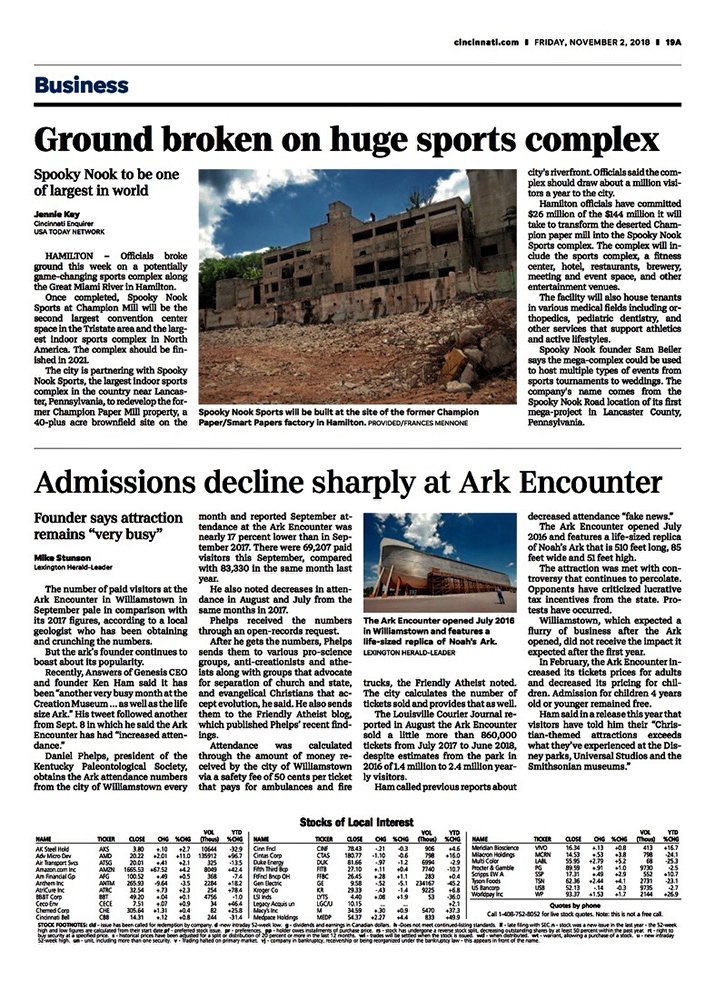 Take this latest article about supposed Ark attendance republished by the The Cincinnati Enquirer (see photo):

Ark attendance was actually up for the second year of operation.

Yes, I know, we should be used to this as Christians! However, there are times when I, once again, warn people about trusting anything published in secular newspapers. Think about it—if this publication gets it so wrong about the Ark in this article, does that not warn us that all their articles are probably error-prone to one degree or another? It’s disappointing that our local media (The Cincinnati Enquirer) would stoop to this level—but they’ve done it before, and sadly I suspect they will do it again.