Was Noah’s Ark Seaworthy? Get Answers

Could a wooden ship the size of Noah’s ark actually float? That’s the focus of the newest issue of Answers magazine. The feature article investigates how we can answer skeptics’ questions about the seaworthiness of Noah’s ark and encourage them to trust God’s Word and the account of the ark and Noah’s flood, documented in Genesis. If you’re not a subscriber, sign up today to receive this informative new issue of the award-winning worldview magazine Answers. 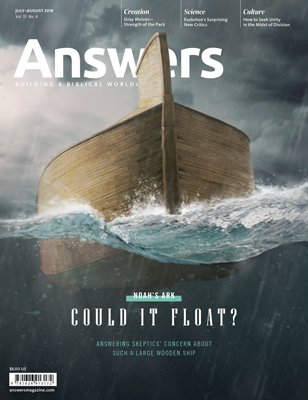 Read the latest issue of Answers magazine to find out how Noah’s Ark could have survived the storm.

This issue also looks at scientists who are speaking out against evolution—and they aren’t creationists! You’ll also see how the Smoky Mountains of Tennessee point toward a global flood, learn what’s behind the attack on marriage in our Western cultures, and discover if bacteria can be resurrected from the grave.

Other fascinating topics include

Answers is really two magazines in one! Each issue also features a kids’ pullout mini-magazine. In this issue, the special child-friendly section answers questions about the ark in a fun way by wondering, “If Noah’s son Shem had kept a journal about the ark construction, what might it have said?” Kids will love learning about the ark through the eyes of one of Noah’s sons. 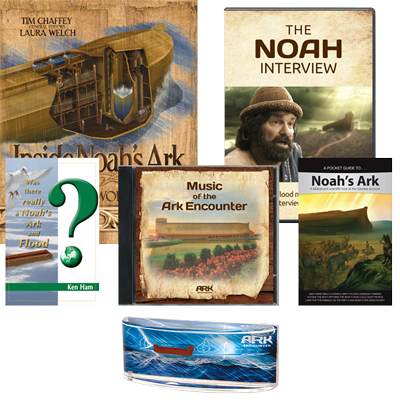 This pack contains several popular resources that help answer the question, “Could It Float?”

We even have a Noah’s Ark Study Pack special that complements this newest issue. It contains several popular resources including

Subscribe to Answers magazine today at AnswersMagazine.com. You’ll receive six issues per year, sent directly to your home! It’s the most popular creation-worldview magazine in the world!