On May 28, 2017, the Creation Museum will have had its doors open to the public for 10 years! It’s hard to believe it’s already been a decade since that momentous occasion that drew the attention of the world’s media!

God laid a burden on my heart to build a creation museum to counter atheistic evolutionary indoctrination.

The vision for the Creation Museum dates back to my public school teaching days in Australia over 40 years ago. God laid a burden on my heart to build a creation museum to counter the atheistic evolutionary indoctrination of the many secular museums my students visited. As early as the 1980s, while still in Australia, we were praying for a piece of land for a museum. Little did I know then that God would answer our prayer many years later in a totally different country and with a much bigger vision than I ever imagined!

God has brought so many talented people together to make building the Creation Museum and now the Ark Encounter possible. When people ask where we found these gifted people, I answer, “Well, just as God brought the land animal kinds to Noah for the Ark, God brought these people to us in ways we thought impossible.” 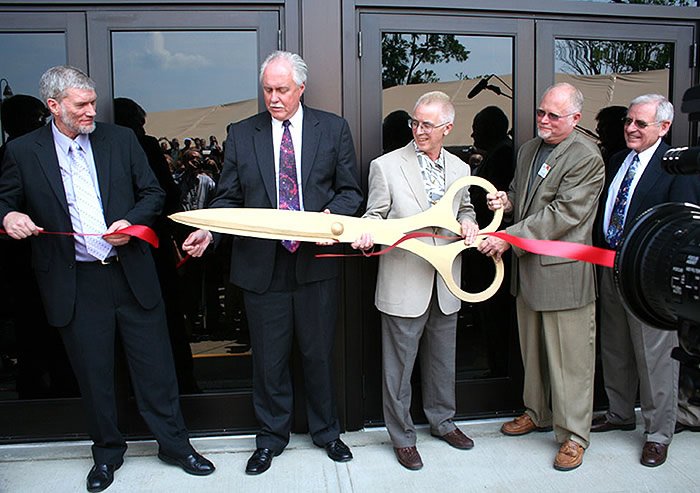 At the ribbon cutting ten years ago, I am joined by (left to right) Mark Looy, Patrick Marsh, Mike Zovath, and Don Landis.

Since we opened a decade ago, so many things have happened—and continue to happen. We’ve welcomed over three million guests, and we’ve seen our daily attendance almost triple since the opening of our sister attraction, the Ark Encounter, on July 7, 2016. God has been gracious over the years to bring guests to the museum from all over the globe and enable us to spread the message of biblical authority and the gospel.

This year, we are adding a powerful new exhibit featuring stunning artwork, which will be open to the public by Memorial Day weekend. This exhibit was designed to teach visitors even more about Christ from Genesis to Revelation, and will clearly present the gospel. And since Creation Museum guests are pouring in at a record rate, we are adding an additional parking lot that will eventually accommodate 1,200 more guest vehicles.

Over the last 10 years, the museum has enhanced guests’ experience with several new additions. In May 2008, we opened our popular petting zoo across the lake from the museum, and two years later, we began offering camel rides.

In May of 2012, we added our Lucy display to the Starting Points exhibit. 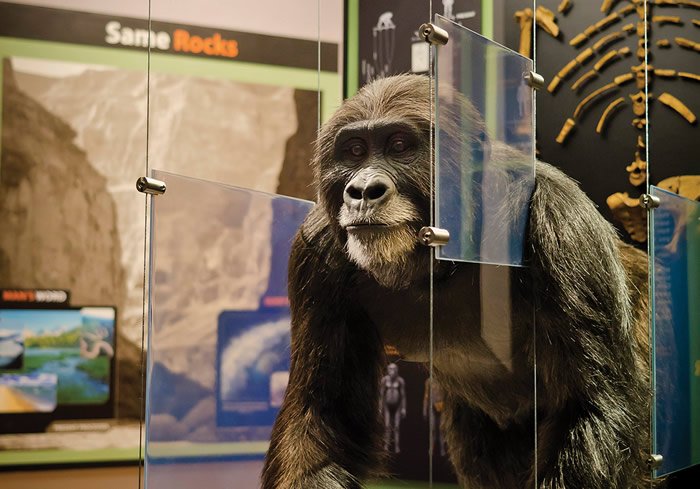 We introduced Dr. Crawley’s Insectorium and the Screaming Raptor Zip Lines the following year. The zip lines course is one of “the biggest and best in the Midwest” (topped only by the zip lines at the Ark Encounter) and has shown to be a very popular activity that has helped bring a broader range of people to the museum. 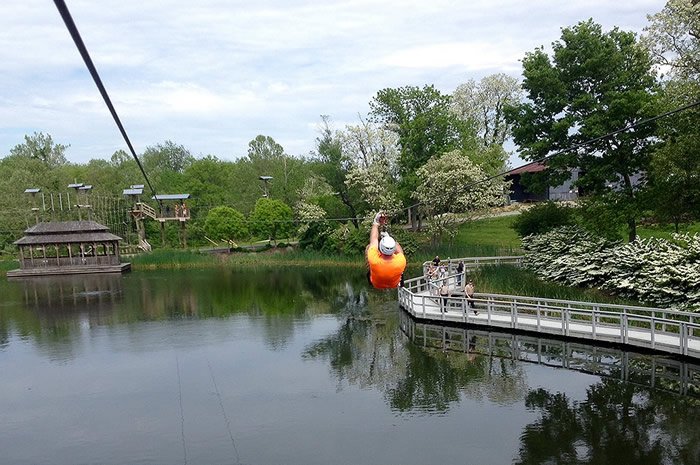 In 2014, we dedicated a new $1.5 million exhibit, Facing the Allosaurus, to challenge evolutionary thinking about dinosaurs. This exhibit contains what is considered to be the one of the best-preserved allosaur skulls in the world. 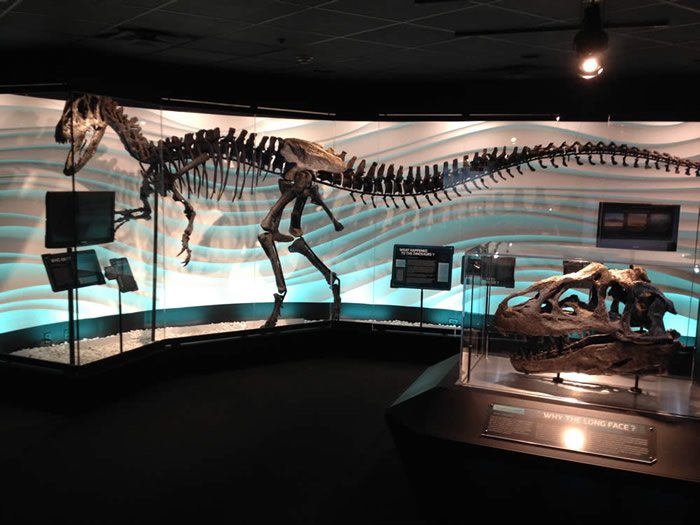 Also, a temporary exhibit has just been installed by our friends at the Museum of the Bible. (This museum opens in Washington, DC, in November.) The display’s theme is Dragon Slayers, featuring precious, illuminated manuscripts that deal with three well-known characters outside the Bible, like St. George who slayed dragons. Textual references to dragons found in the Bible are incorporated in the exhibit.

Indeed, the Creation Museum has become a world-class themed attraction.

The Creation Museum has been home to many popular workshops, tours, presentations, and events over the years. Answers in Genesis events, such as the annual Answers for Pastors and Answers for Women conferences, have exposed a wide range of guests to all that the museum has to offer.

We praise God for 10 successful years of sharing his Word and the gospel with people from around the world, and we look forward to seeing what is in store for the Creation Museum over the next 10 years and beyond!

Previous Article Are Christian Ministries “Hate Groups” for Believing the Bible? Next Article Remembering Those Who Gave Their Lives This Memorial Day