Today was a monumental day for the Ark Encounter. In a special, by-invitation-only ceremony, we cut the ribbon officially opening the Ark in Northern Kentucky. In just two days—July 7—the Ark will have its grand opening as we welcome the general public into the park to tour the Ark and enjoy the other attractions such as Ararat Ridge Zoo and the Adventure Park with ziplines, free falls, and an aerial adventure course.

Ark Encounter was buzzing with excitement today as over 7,000 guests arrived to attend this special ceremony and tour the Ark. In addition to all the guests, many media groups from across the nation and the world were present for a press conference. Keep an eye on the news—you’re sure to hear lots about the Ark! And we have already seen some tremendous coverage, including on national TV news programs like NBC Nightly News with Lester Holt. 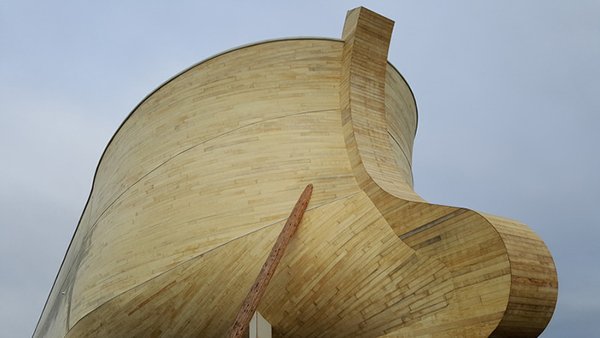 We enjoyed a performance by the Grant County/Williamstown Band, and flute and shofar players also ushered in the day. During the special ceremony we thanked the Lord in prayer and in songs led by Christian artists Blanca and Megan Duke. Members of the AiG board and I laid down 12 stones of remembrance to serve as a symbol of the truth of God’s Word. Then Williamstown mayor, Rick Skinner, officially declared the Ark Encounter open and cut the ribbon as doves flew from the open door of the Ark. It was a thrilling moment, and we are excited to start welcoming the general public into the Ark on Thursday.

For those who weren’t able to attend, we streamed the ribbon cutting live over my Facebook. You can watch the full broadcast of this exciting event here.

After the ribbon cutting we had live music from Christian artists Blanca, Phil Joel, The Collingsworth Family, David Lessing, and Soul’d Out. At various tents around the Ark, we had Answers in Genesis researchers, speakers, and others who’ve been part of the Ark project, giving presentations and answering questions. Guests enjoyed the music and meeting the presenters as they eagerly waited for their turn to be among the first to walk through the full-size Ark. 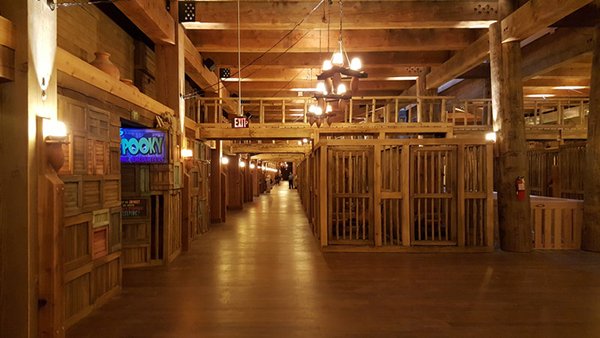 Here are a few of the comments we received from attendees from all over the United States including Wisconsin, Florida, and California:

It’s truly amazing and breathtaking and just neat to see a visual of what the Bible says. It totally makes it more real—we know, but it confirms what we believe.

It’s amazing. It’s truly what I hoped, and that first view of it—wow, that’s the size of the structure that accommodated those who were living the time the earth was filled with water. I don’t visualize well, and so I needed to see it for myself to see the size, and it’s incredible.”

It’s bigger than you can imagine. I mean, I knew it was big, but it fits the bill as far as the size of it.

I think it’s a great way to share the good news about Jesus.

You really can’t grasp the immensity of this project unless you are standing in front of it (and even then it’s jaw dropping). If you haven’t already, I encourage you to get your tickets to be among the first to tour the Ark located south of Cincinnati. Plan your visit at ArkEncounter.com.