When people think of Kentucky, they usually think of horses and bluegrass music. Well, as the Ark Encounter grows in popularity after the July 7 opening, this state might soon be known for shipbuilding too!

Mark Looy, of our staff, had the recent opportunity to give a short presentation on the Ark Encounter, opening July 7, in front of elected officials and business leaders in Northern Kentucky at an event organized by the Northern Kentucky Chamber of Commerce. Since the Ark Encounter and Creation Museum are Chamber members and cosponsored the breakfast, we had an opportunity to share with regional leaders that the Ark would be opening in Williamstown in just a few weeks—adding tremendously to the region’s economy. Of course the Chamber is welcoming this boost to the economy! 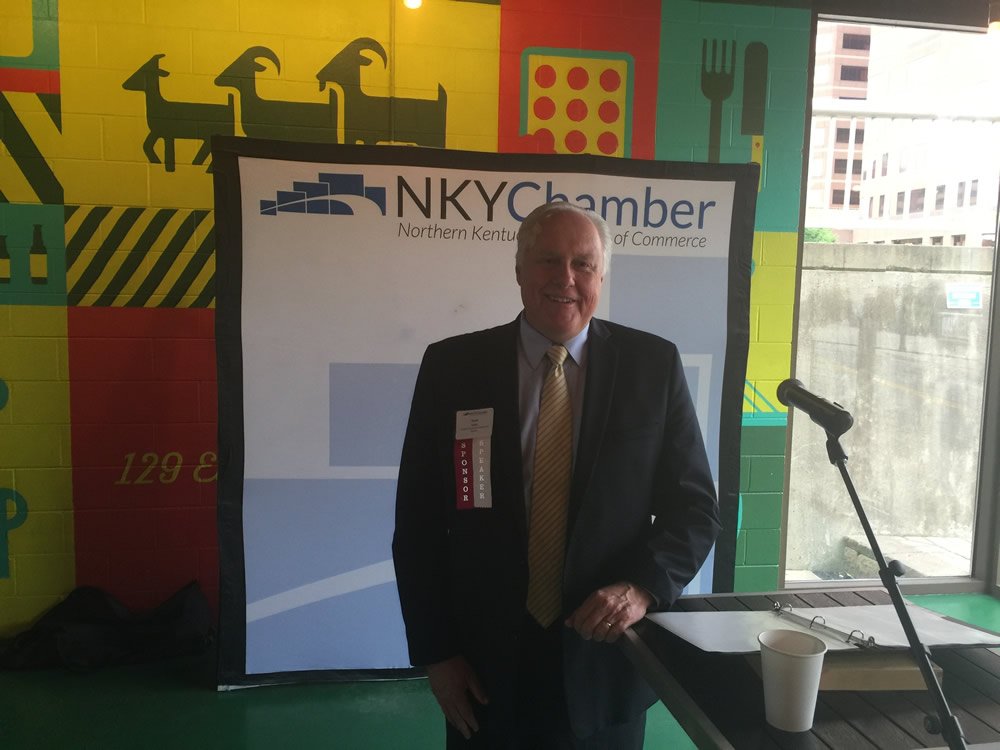 Mark started off his presentation with this question to the audience: “Did you ever imagine that Kentucky, a landlocked state, would ever be known for shipbuilding?" Few people would have thought that a state so far from the ocean would get this reputation! But Northern Kentucky is the perfect location for the Ark Encounter—it’s within a day’s drive of two-thirds of America’s population, is close to an international airport, and is surrounded by other family-friendly attractions.

Mark then thanked State Senator Damon Thayer, who represents the region where the Ark is located, for his tireless efforts in so many ways to help the Ark project proceed. Mark also expressed gratitude to State Representative Brian Linder (who was not able to attend the breakfast) for being such a valuable Ark promoter.

We are so grateful that many of the elected officials and business leaders in our community are fully behind the Ark. Even if some of them may not fully agree with our biblical message, they have certainly seen that the Creation Museum has given a huge economic boost to the Cincinnati/Northern Kentucky area (over $60 million impact each year due to the museum), and that the Ark Encounter will probably have five times the effect—plus create thousands of jobs in the region.

Plan your Ark visit, and enjoy the many attractions in our region, by going to ArkEncounter.com.