In addition to the opening of our life-size Ark in Northern Kentucky sometime in 2016 (keep up to date at ArkEncounter.com), we wanted to announce another major outreach occurring around the same time: an intense evangelistic effort during the Rio de Janeiro Olympic Games in Brazil in August 2016.

Since 1996, AiG has partnered with other ministries to conduct street evangelism in many Olympics cities, both Summer Games and Winter Games. I have had the wonderful opportunity to participate in our evangelistic efforts at the Games in Vancouver, Canada (2010), and London, England (2012).

Our former international director, Dr. David Crandall, “retired” from AiG a couple of years ago, but he still has a passion for evangelism abroad. He will be leading about 100 Americans, Canadians, and other volunteers as they do street witnessing in Rio next year, passing out specially made evangelistic booklets (in at least 10 different languages) and engaging people in conversation. If you would like to join Dr. Crandall and his team in August 2016, go to this website for details: Rio16Outreach.com. Accommodations are available for only about 100 street evangelists, so think about signing up sooner rather than later.

Here is a photo of Dr. Crandall and his wife Diana as they shared a cup of coffee with me in the museum café recently. 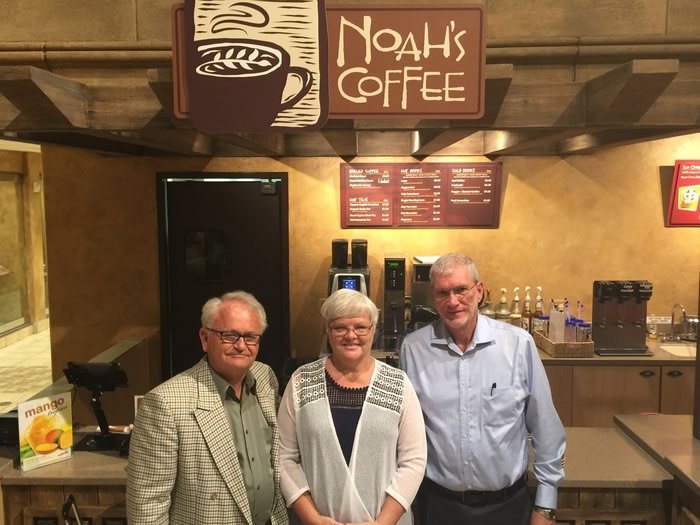