This guest post by AiG CCO Mark Looy offers his opinion of the new Ridley Scott movie based on the account of the Exodus. There understandably will be many Christians offering different opinions on this film, but here is what Mark was thinking as he left the theater and compared the film to what is revealed to us in God’s Word.

Ridley Scott’s film Exodus: Gods and Kings releases in theaters today. Many people are naturally wondering, will this movie about the Exodus and Moses be more faithful to the Bible’s text as opposed to the terribly mangled Noah film a few months ago?

Answers in Genesis staff members attended a preview of Exodus: Gods and Kings on Thursday. A review by Dr. Elizabeth Mitchell will be posted tomorrow on this website. For the moment, I note the following observations and encourage you to return to this website on Saturday for her more detailed account of the positive and negative aspects of the film.

While Exodus is not the train wreck of the anti-biblical Noah, there are many significant problems with this film’s rendering of the Bible’s account of Moses and the Exodus. It is not as anti-biblical as Noah, but tomorrow’s review will point out the many instances in which the biblical text was not honored. 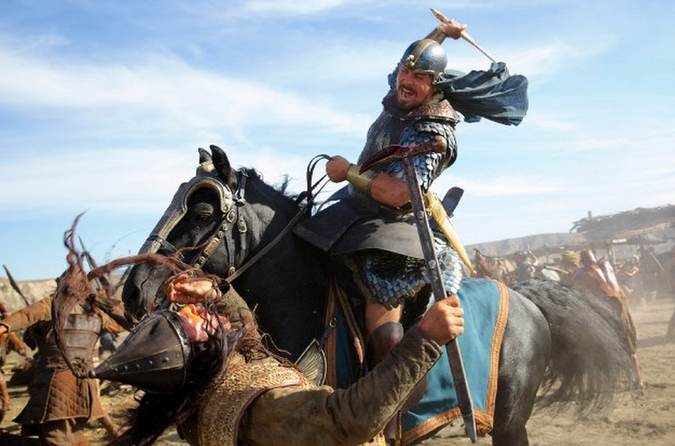 A review of Exodus: Gods and Kings will be posted tomorrow.

My Impression of the Film

I believe the movie sucks out most of the life of the biblical account. It alludes to some verses in Exodus, but the creative license used to add life to the biblical text largely failed. Many scenes seemed to plod along (to several of us at AiG who viewed the film).

You would still, in my opinion, do better to watch the DeMille/Heston blockbuster of the 1950s, The Ten Commandments (even though that movie too deviated several times from the biblical record though it generally respected the message of the Exodus text and the nature of God). Or perhaps if you see both you might want to compare how each of them deviated from the biblical account. (Tomorrow’s review by Dr. Mitchell should help with that!) Better yet, in a few weeks, a documentary on the historicity of the Exodus, Patterns of Evidence, is scheduled to be released. A preview of a final cut of the film by an AiG researcher looked very promising.

Will some non-Christians want to read the book of Exodus for themselves after watching this film and thus be exposed to God’s true Word? I could hope so, but I fear that trying to remove the memory of this clunky film might sadly override any inclination for a moviegoer to see what the Bible really teaches about the Exodus. Thank you, Mark. Please check back on the AiG website tomorrow for Dr. Mitchell's review of the film.