This week, the board of Answers in Genesis gathered at the Creation Museum, just in time for Thursday evening’s announcement, about the successful bond offer for the Ark Encounter—which will feature a full-size Noah’s Ark. Don Landis, the chairman of the board at AiG and the president of Jackson Hole Bible College in Jackson Hole, Wyoming, spoke to the staff about the future of the ministry. 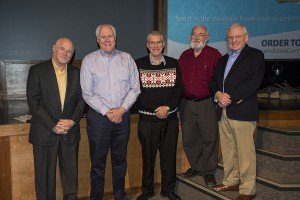 He also presented a special bow tie to me and each of the other board members. If you’ll look at the picture below, you’ll recognize the quote on Don’s bow tie from my debate with Bill Nye. (When Mr. Nye could not come up with answers to some audience questions, but the Bible had the answers—and so I said, “Well, there is a book …”) 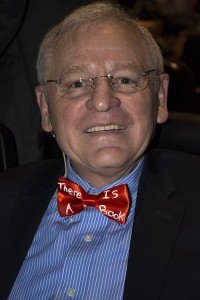 My line to Bill Nye during the debate that “there is a book” has taken off among many of those who watched the debate. We’ve even created two t-shirts based on that line, available for purchase on our web store:

I encourage you to check out the new debate resources in our web store, including the Bill Nye debate DVD. These are resources you won’t want to miss out on!