Recently we had a special visitor to the Ark Encounter studios (where the Ark project is being designed). Our talented design team built a set to represent part of Noah’s house and workshop. A special actor dressed up as Noah then acted out some scenes so our video team could film what they needed for a classy short video to advertise the Ark Encounter project, featuring a full-size Noah’s Ark to be built south of Cincinnati.

The set filled a large section of the Creation Museum’s fabrication shop: 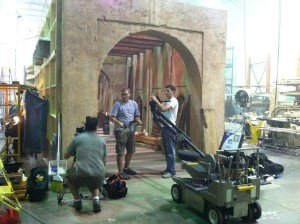 Here is Noah, dressed and ready for action: 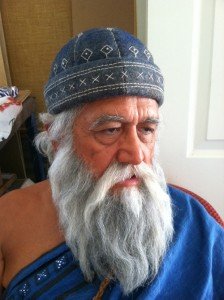 This won’t be on the video, but here is Noah as he catches up on emails between takes. 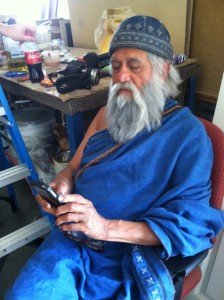 More on the “Evolution Guy”

I encourage you to read the feature article on AiG's website today dealing with Bill Nye “The Science Guy” of TV fame and the video he made to slam Christians who reject evolution and don’t teach it as fact to children. Sadly, it has become a very popular video on the internet. Visit our website to read a rebuttal article superbly written by AiG writer/researcher Dr. Elizabeth Mitchell (plus see a high-quality three-minute video we produced that also rebuts Nye).

Previous Article Time is Nye for a Rebuttal Next Article “Test of FAITH”—Well Named? A Warning!