Over the past few months we’ve had many professional athletes tour the Creation Museum. That included several players with the Arizona Diamondbacks baseball team in October, a group which included a former Cy Young award-winner (for best pitcher in the league).

This week we had two players with the Cincinnati Bengals football team visit and who are on-fire Christians: a retired player, Ken Moyer (an offensive lineman for a few years with the Bengals and Philadelphia Eagles—and the chaplain to the Bengals) and Reggie Kelly, the starting tight end of the Bengals. Reggie is known as a “blocking machine,” although he told us that the late great Reggie White (who also had a wonderful Christian testimony) could be a handful! Reggie’s longevity in the NFL is unusual—the average player lasts only about three years, and Reggie’s been around more than a dozen and in a tough position.

Both these guys towered over me when I met them on Thursday! Here they are at the FotoFX area in the museum’s portico, but the photo doesn’t really show how massive these guys are. 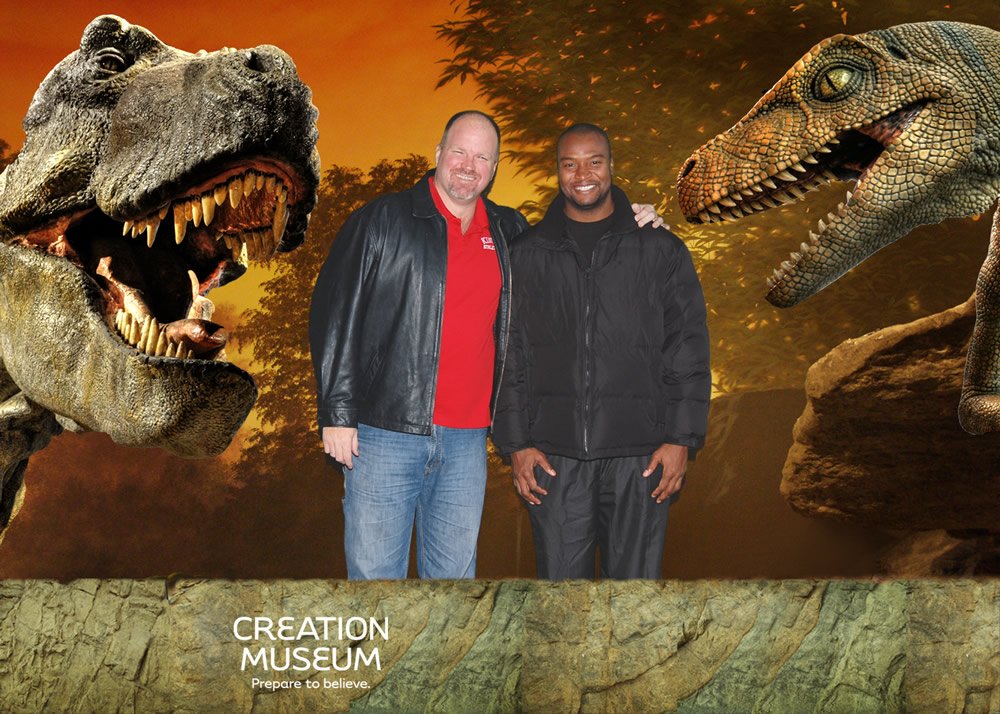