Two of Kentucky’s leading newspapers, The Courier-Journal (Louisville) and the Lexington Herald-Leader (though as one person said to me they often call it the “Mis-leader”) have been responsible for spreading misleading and downright false propaganda against the Ark Encounter project—the full-size, all-wood Ark we are partnering to build in northern Kentucky. Recently on the Examiner.com website, a carefully written column dealt with some of the wrong information in an editorial from The Courier-Journal. Below are some excerpts from the article entitled, “Correcting more misconceptions about Ark Encounter”:

The Ark Encounter project continues to generate controversy, ostensibly about tax incentives, but actually about the concept and mission of the project. Herewith some corrections to several still-current misconceptions.

An unnamed editor of the Louisville Courier-Journal gives voice to those misconceptions in an editorial published today. His major complaint is that the State of Kentucky will indeed incur a net hit to the public coffers by welcoming the project to the State. To make that complaint, he sets forth four arguments, all of which are provably wrong.

Since the incentive is in the form of rebates to the developers of sales taxes paid at the park by visitors, Mr. Beshear argued that the state would not be out any money if the park failed. (Actually, the state would be out taxes the park could collect before it went under, but who's counting?)

Rebuttal: In the absence of any project in the region, the State receives no revenue. So the revenues that the State collects are a net positive.

[T]he developers now want the Transportation Cabinet to upgrade an Interstate 75 interchange in Grant County to accommodate the projected influx of visitors. There's no estimate yet of the price tag of the proposed improvements, but road construction to ease access to the Kentucky Speedway in Gallatin County cost the state about $45 million.

Rebuttal: this refers to another tourist attraction for which the Tourism Authority granted final approval of tax incentives at the same meaning in which it granted initial approval to the incentives for Ark Encounter and proceeded to hire the outside consultant to do impartial market research for the State. If the editorialist wants to complain about the cost of road improvements, then why didn't he complain about the Kentucky Speedway? This Examiner can find no record of any such complaint, so this is a non-issue. . . .

[T]he Governor and his aides insist that a state role in a park with a religious theme passes constitutional muster, and that there will be no religious discrimination in hiring employees at the park. In other words, if a gay Muslim with an advanced degree in evolutionary biology wants a top job at the park, he'll be welcomed by the creationists with open arms. Right? Hello?

Rebuttal: Nice try. Next time, do your research. The Economist did, and found an applicable US Court of Appeals precedent that speaks directly to this point: if the tourism authority endorses all tourist attractions, then it endorses none, and therefore does not "establish religion." I encourage you to read the entire article on the Examiner.com website.

We should add that after a few news articles and editorials about the Ark Encounter appeared in both papers, the newspapers finally admitted—though further down in their recent pieces—that the state will not be taking money from its budget to fund the Ark, but that this all involves a possible rebate of sales tax collected at the Ark Encounter.

However, the damage has been done: other newspapers (including the Post-Gazette in Pittsburgh in its Wednesday editorial) and countless bloggers have been taking these two newspapers' false reporting and attacking AiG and the Ark. Sadly, even some church leaders have accepted the false reports at face value and have posted negative comments about us, and some Christians have written harsh letters and emails to our offices.

The Creation Museum’s very popular and spectacular Christmas Town event will be presented tonight and tomorrow evening as the final times for this Christmas season. Already, 17,000 visitors have attended the program, giving rave reviews. The lights, dramas, live nativity, and much more make for a wonderful family evening.

If you haven’t been able to attend yet and you live within driving distance of our Cincinnati/northern Kentucky region, I urge you to do so. In fact, we have a group of 40 people visiting today from Pittsburgh (five hours away)—and Chicago is only a five-hour drive from us, Atlanta seven hours, St. Louis six hours, Detroit four hours, Nashville four hours, and Indianapolis less than two hours.

Here are some photographs of just part of the light display, taken by our Foto FX photographer, Deb Minnard: 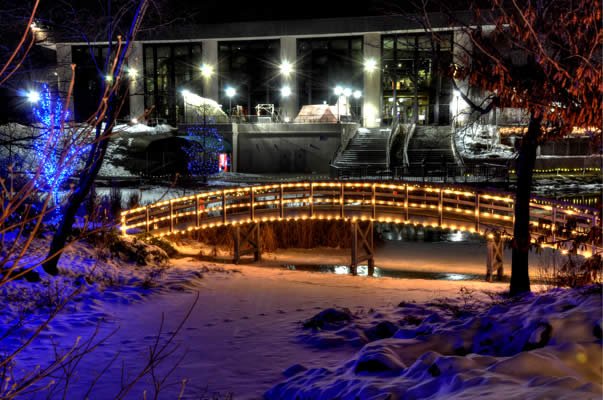 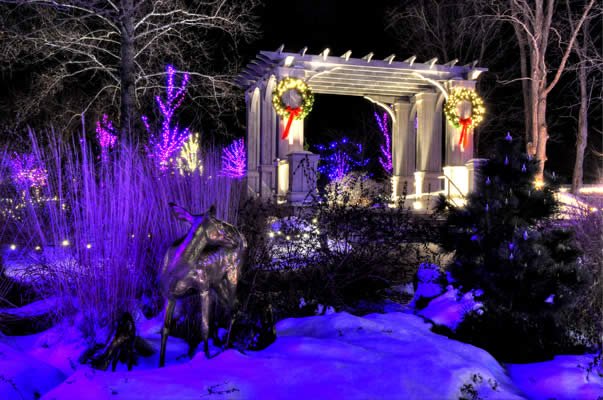 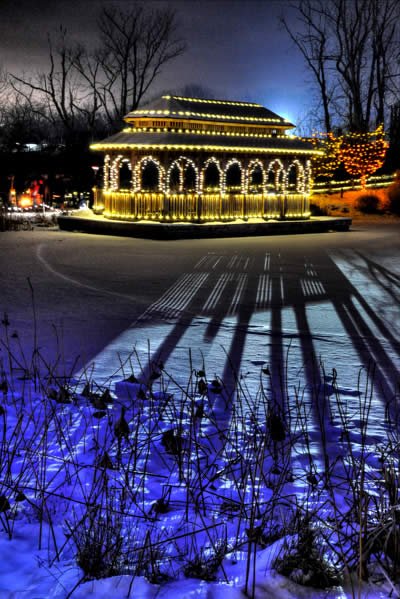 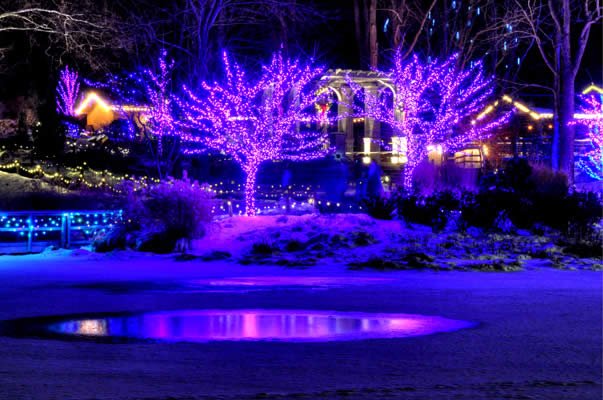 Have a happy New Year, and if you have not yet made your year-end donation to our apologetics and evangelistic ministry, you can go to the donation page.