Secular Scientists Get an Origins Issue Right—for a Change!

Which came first: the chicken or the egg?

I smiled yesterday as I read this news story from MSNBC:

It is an age-old riddle that has perplexed generations: Which came first, the chicken or the egg? Now British scientists claim to have finally come up with the definitive answer: The chicken. The scientific and philosophical mystery was purportedly unraveled by researchers at Sheffield and Warwick universities, according to the Daily Mail newspaper.  The scientists found that a protein found only in a chicken's ovaries is necessary for the formation of the egg, according to the paper Wednesday. The egg can therefore only exist if it has been created inside a chicken.  The protein speeds up the development of the hard shell, which is essential in protecting the delicate yolk and fluids while the chick grows inside the egg, the report said.

"It had long been suspected that the egg came first but now we have the scientific proof that shows that in fact the chicken came first," said Dr. Colin Freeman, from Sheffield University's Department of Engineering Materials, according to the Mail. Well, the secular world is catching up to what the Bible has taught all along.  At our student assemblies over the years, I have often taught children the answer to this chicken and egg problem this way:

Of course there is also the design issue, which is also alluded to in the article.  All the parts/chemicals etc. have to be there for the egg-laying system to work in the first place—it certainly couldn’t evolve.

By the way, even the evening TV news programs on Wednesday covered this story, including The NBC Nightly News with Brian Williams.  The CBS Evening News program ended its segment on the chicken/egg study with the follow-up question, “And the chicken came from . . .?” Well, the anchor did not offer an answer but maybe that’s good—he might have given an evolutionary answer.

I wouldn't be surprised if atheist scientists will loudly complain that this study actually supports the creation account in Genesis and then try to attack the research.

Actually, there have been other examples where secular scientists—using operational science (that we all agree with)—confirming an aspect of origins in the Genesis account in the Bible.  For instance, back in 2000, when the human genome project mapped the human genome, the New York Times reported:

Dr. Venter (head of the Celera Genomics Corportation , Rockville, MD) and scientists at the National Institutes of Health recently announced that they had put together a draft of the entire sequence of the human genome, and the researchers unanimously declared, there is only one race—the human race.

This confirmed what the Bible has taught all along—that all humans are descendants of two people, Adam and Eve (then through Noah, The Tower of Babel, etc.).  Thus the Bible makes it clear there is only one biological race of humans!  Had the church believed God’s Word instead of compromising with Darwinian evolution and its teaching of primitive and advanced (lower and higher) races, they would have been leading the way in dealing with “race” issues—shouting to the world there are no different “races” of humans but different people (cultural) groups within the one race!  It is the Bible’s history that gives the answer to racism/prejudice:  we are all of one biological race, all equal before God, and all people (no matter what culture they belong to) need to judge their attitudes and beliefs against the authority of the Word of God.

The Creation Museum promotions team was out in force last week at the Louisville Bats baseball game—the Bats play about 90 minutes away from our Creation Museum. We gave out nearly 1,400 Creation Museum-branded baseballs and thousands of coupons, wristbands, and flyers.

Here are a few pictures of the booth: 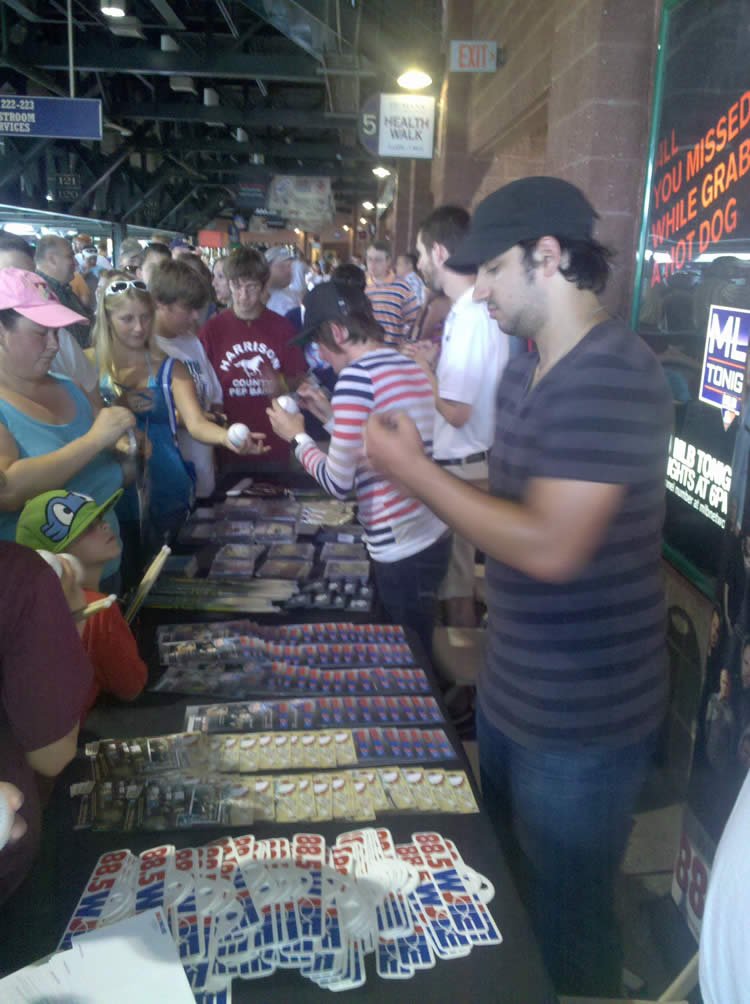 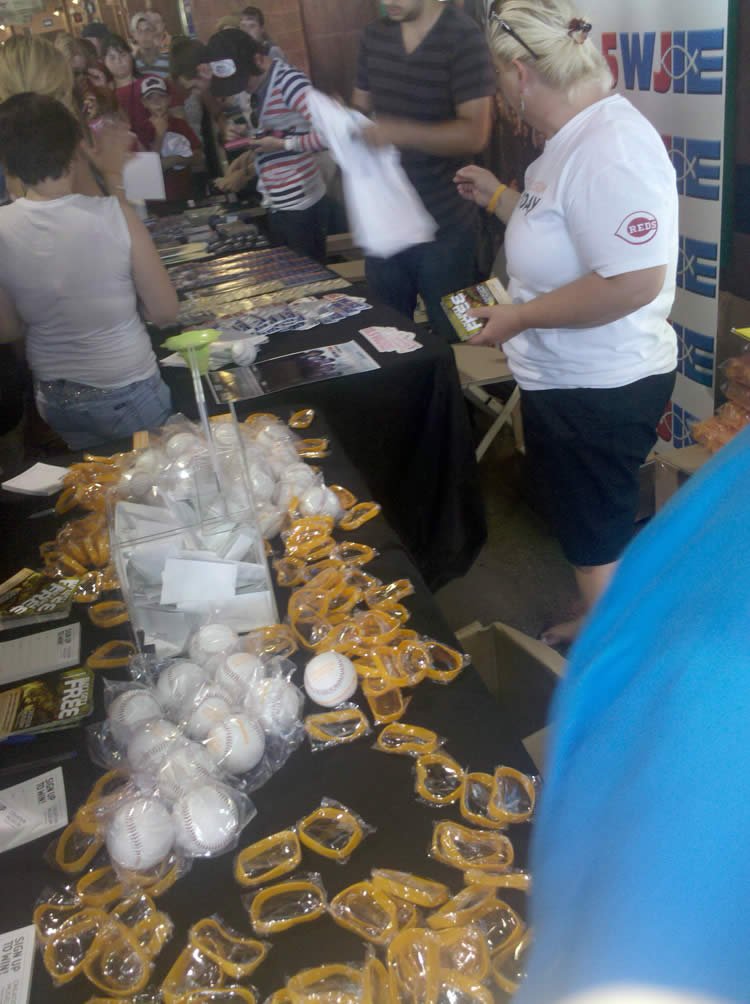 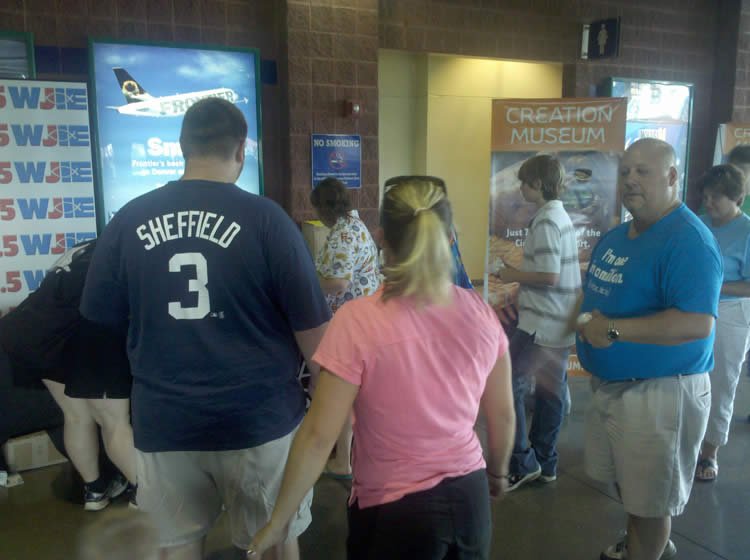 Members of the Christian band Rush of Fools—which played that day—signed the Creation Museum baseballs for the fans in attendance. Over 10,000 fans attended the game. It was wonderful exposure in our “back-yard.”  Also, here is a photo of the Creation Museum truck in front of the ballpark. (The entrance to the ballpark is a renovated train station!) 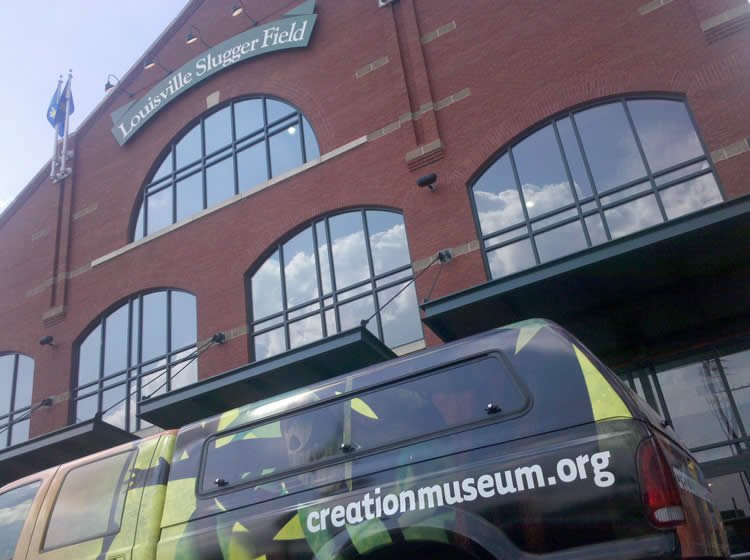 The Louisville Bats are the AAA-affiliate of the Cincinnati Reds; the Reds, by the way, play just 20 miles from our museum. Our next baseball game outreach will be at a Cincinnati Reds game on August 1. For more information about Creation Museum Faith Day with the Reds (including discounted tickets), visit www.reds.com/faithday.

When Balaam saw that it pleased the Lord to bless

(Numbers 24:1)  And when Balaam saw that it pleased the LORD to bless Israel, he went not, as at other times, to seek for enchantments, but he set his face toward the wilderness.

Prayer is not overcoming the reluctance of the Lord Jesus Christ to do what we want; prayer is to realign our desires to match His will and ask Him to do that. Thanks for stopping by and thanks for praying,