“State of the Nation” Satellite Broadcast

We are gearing up for our special video webcast “State of the Nation” to be shown this Tuesday. Here are two items we have been sending out to the media, which will give you something of an overview of the talk from the Creation Museum.

Ken Ham’s “State of the Nation” (8 p.m. EST, Tuesday, Feb. 16) will highlight how far the U.S. has wandered from its moral foundations, and will call Christians back to their biblical roots.

Ham will encourage Christians to know what the Bible says about social issues such as abortion, “gay” marriage, origins, and the role of religion in society. He will help listeners understand how to defend the biblical viewpoint in an increasingly hostile environment. And here are portions of a media alert we sent to TV stations on Thursday should  a station—in addition to the dozens of stations on the Cornerstone TV network already scheduled to air it live, plus people watching the webcast right on their computer monitors—want to carry our “State of the Nation” talk. The stations can either show it live or record the program and play it later. The alert below includes information on how to retrieve “State of the Nation” off a satellite:

Ken Ham’s ‘State of the Nation’ Address Available via Satellite on Tuesday, Feb. 16

PETERSBURG, Ky., Feb. 11, 2010—Biblical apologist Ken Ham, founder of the world-renowned Creation Museum, will offer his “State of the Nation” speech next week. Ham will highlight how far the U.S. has wandered from its moral foundations and will call Christians back to their biblical roots.

Ham will present his speech from inside the Creation Museum live at 8 p.m. EST, Tuesday, Feb. 16.

Ham’s address will be available via satellite for programming and news reporting purposes.

More information is available in our online newsroom: www.CreationMusuemNews.com

Here is a link to our article that summarizes the evangelistic outreach we will be having soon at the Olympic Games in Vancouver, which have just started in Canada.

Pray for the 110 AiG volunteers who will be there to share their faith and pass out more than 150,000 evangelistic booklets (created especially for these Olympics—and in many languages). A sample of the Chinese-language version can be seen here (translated as Gold Rush Vancouver): 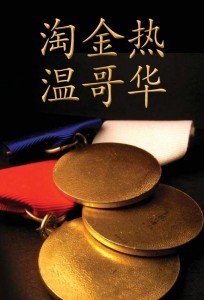