It Comes Through Clearly

Well over 7000 people (including about 2200 last night on an evening when it snowed—part of the storm system that hit the East) have now visited the Live Nativity program (called Bethlehem’s Blessings) during the first four of the nine days the program will be featured. You still have an opportunity to visit the Live Nativity on December 26, 28, 29, January 1 and 2 (see the Creation Museum website for details).

Here are photographs of our snow event yesterday: 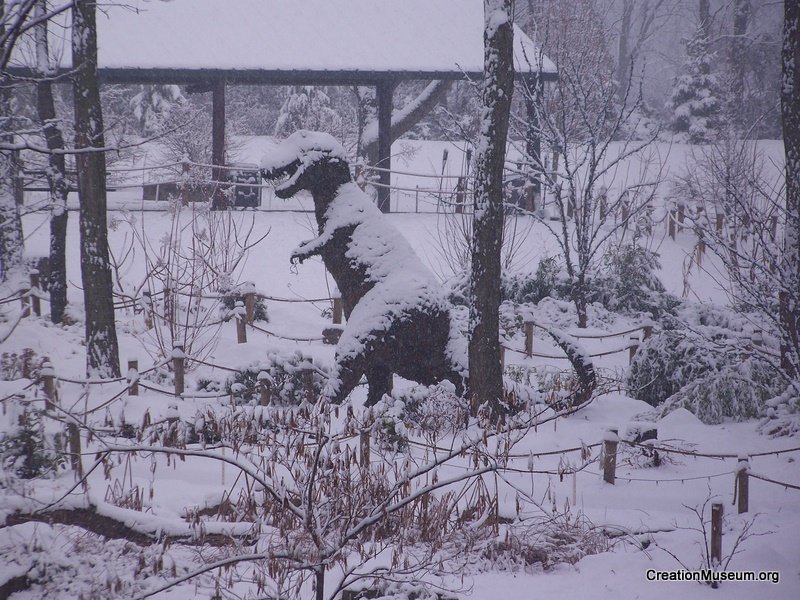 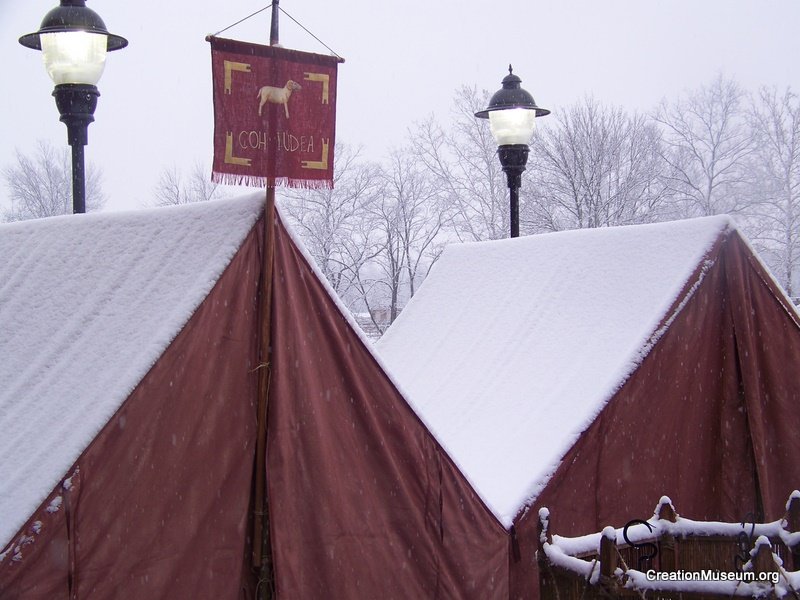 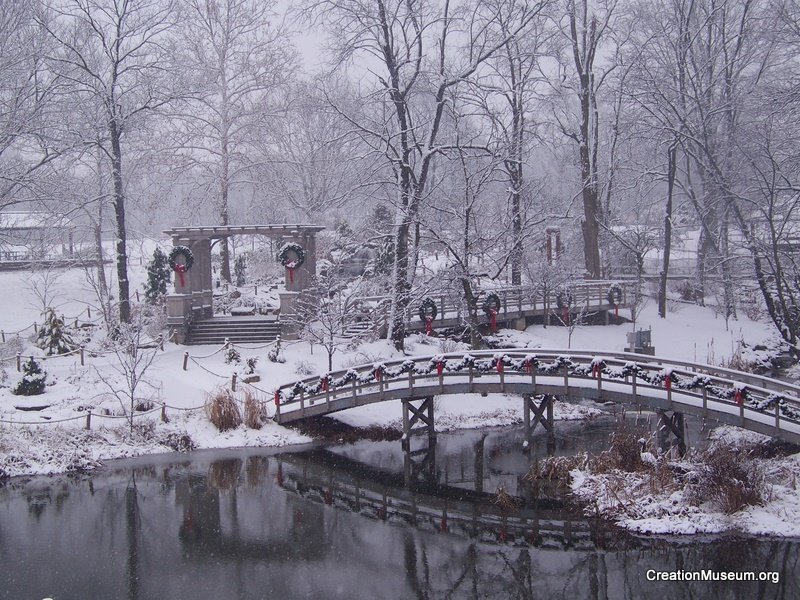 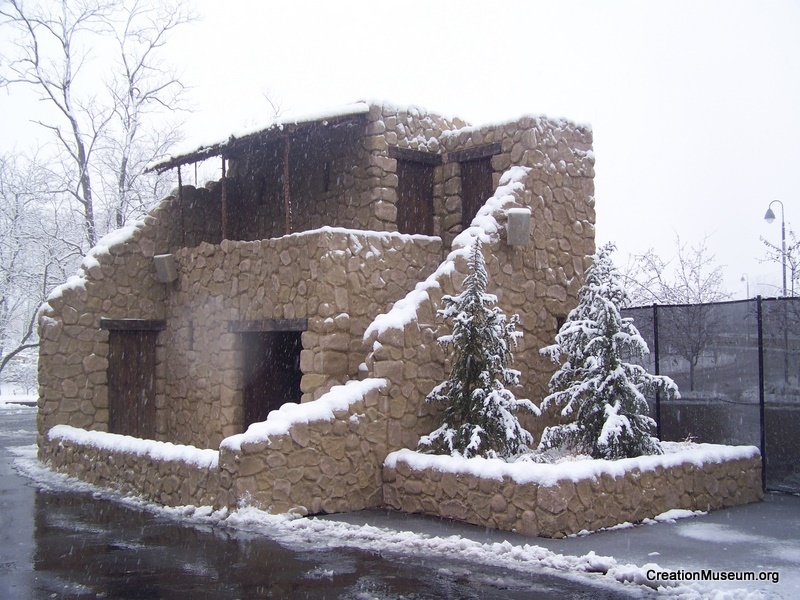 I have heard many people tell me that what comes through clearly—whether it is the Roman Centurion and Eilzabeth presentations or the archaeologist speaking from the house where Joseph and Mary and the baby in the manger are depicted—is the message of biblical authority and the gospel. Hundreds and hundreds of gift packets and thousands of booklets for children and adults have already been given away to visitors.

New friends of Mark Looy, our CCO, who live in the area but had never visited the museum, had an “amazing” time (their words) Saturday evening. Here is a photo of Terrell and his family—enjoying some warm drinks as the snow falls—in front of our archaeology presentation: 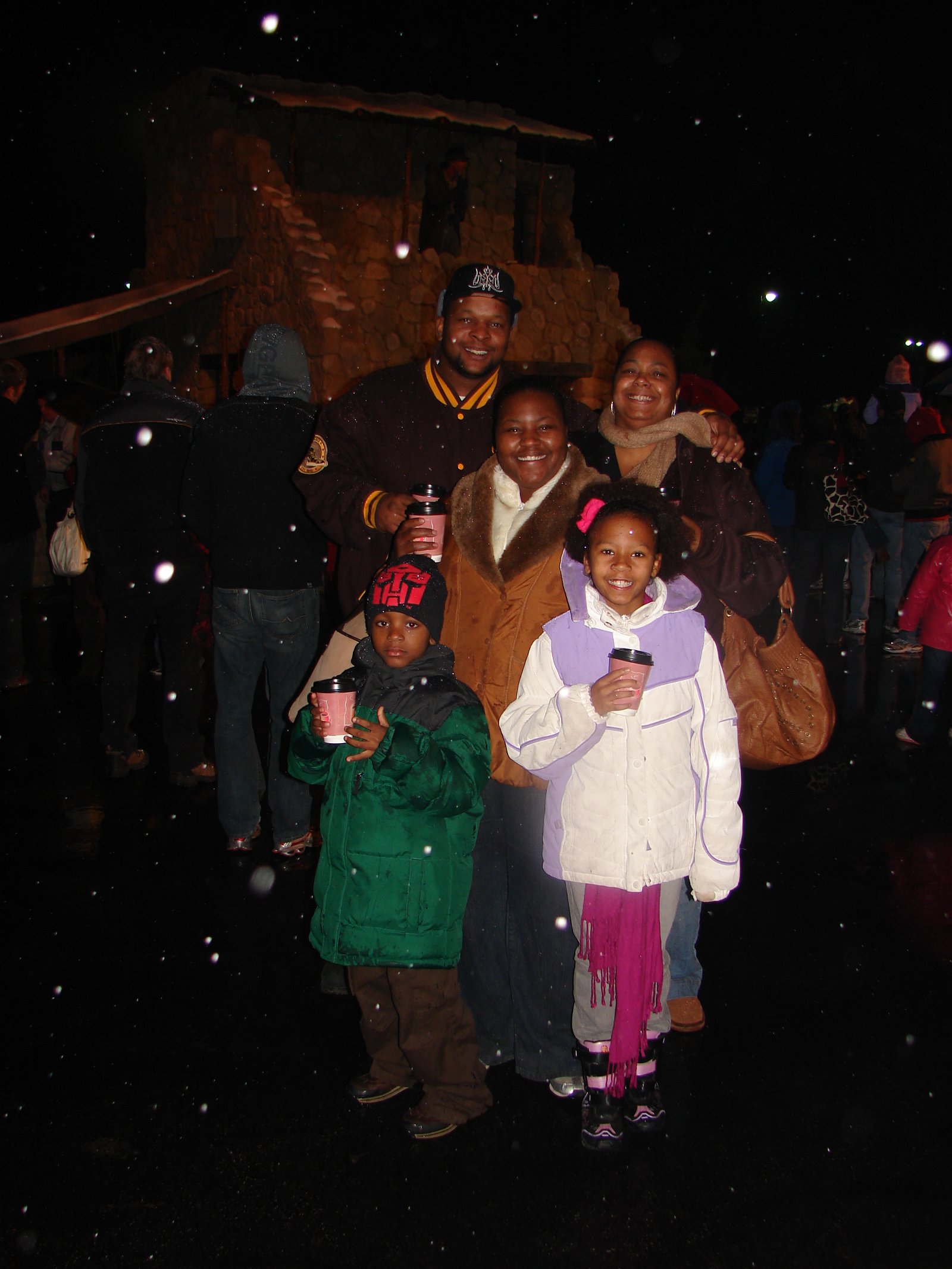 One AiG supporter, Dan Wooster, who dropped in for the Live Nativity after driving seven hours from South Carolina, reported the event on his blog this way:

Investing is something you put something in on one end expecting or hoping to take more out on the other end. We invest time, energy, and money. We look for things of value that we think will be worthwhile investments—ones that will give us the greatest amount of return.

For those who are Christian, followers of Christ, believers in the Bible as their sole book of authority for living, who believe the present world is divided into light and dark, righteousness as unrighteousness, I would like to make a strong recommendation of a place for you to consider making a worthwhile year-end investment.

Answers in Genesis is a ministry whose primary focus is best summarized with a quotation from the Apostle Paul in second Corinthians 10 and verse five. “We destroy arguments and every lofty opinion raised against the knowledge of God, and take every thought captive to obey Christ.” I know of no ministry which more strongly demonstrates this verse in all that they do. The resources they produce, the strong message on biblical authority their founder clearly proclaims, the high tech Creation Museum they run, even the Christmas program that is teaching folks to put aside all the religious and cultural traditions which have clouded the message of the Gospel and read true message of Christmas as accurately recorded in the Bible.

My family and I were blessed last night to experience Bethlehem Blessings at the Creation Museum. There we saw a planetarium show about the Christmas star, which clearly seeks to turn our thoughts to study astronomy in the light of Scripture to insure our interpretations don’t [contradict] the truth found in the Bible. Next was a monologue from an archeologist who articulately persuaded us to set aside some common myths and religious traditions about the historic account of Christ’s birth in order to let the Bible speak! Finally we listened to one of the wise men share the biblical account of the role he played in Christmas.

Every single event was presented professionally with two clear and consistent messages—listen to the Bible and believe the Gospel! In my opinion it was the best Christmas message I have ever heard. It all demonstrates the charge from the apostle Paul to destroy arguments and every lofty opinion raised against the knowledge of God, and take every thought captive to obey Christ!

If you are looking for a place to investment for eternity before 2009 is history, I would like to encourage you to join me in supporting the Museum Ad Rack Campaign, which is using America’s interstate system to get the message out about the Creation Museum. My personal goal is to see brochures about the museum placed strategically along I-75 from upper Michigan to lower Florida. Thanks to the help of many of my Christian business friends, we were able to get this campaign well under way in 2009. Below are some photos I took this week showing the brochures in a hotel . . . . The first shows the brochures prominently displayed at the top and center of the rack. The next one shows them almost gone! It is the job of the ad-rack company to keep them filled, hence the reason for the fund raising. . . .

For details of this project go to my blog post. 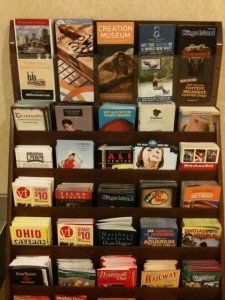 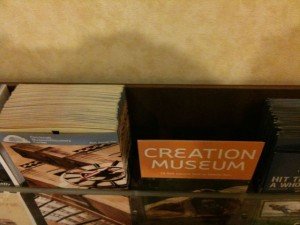   Thanks for stopping by and thanks for praying, Ken

Previous Article New Animatronic Noah at the Creation Museum Next Article Guess What Was Left Out?