A good friend of AiG’s, Deepu Joseph, passed away on Thursday, June 12, at 11:50 p.m. Deepu loved AiG and was a chairman for an AiG conference in the Dallas area. His wife wrote:

He was discharged from the hospital on June 7th. He was quite weak by then but unwavering in his faith. He stood strong to the end. . . . Please do let the AIG staff know about it. He passionately loved all that you all stood for. I am so glad he came and enjoyed the museum trip in September 2007.

Please pray for Deepu’s family. We will miss our good friend, but know we will meet with him again, as right now he is rejoicing with his Savior! This is a reminder for all of us that death is inevitable in this fallen world, but the most important thing for all of us—the most important thing in the entire universe—is that we have received the gift of salvation and know we will spend eternity with the Lord.

By the way, Deepu used the following “tag-line” on the personal emails he (and Rebecca) would send out so that he could “evangelize” in a very special way:

Got tough questions? Take a look at, http://www.AnswersInGenesis.org

FOLLOW-UP REPORT ON A SPECIAL VISITOR

You may recall a blog item of several days when we reported on a local mom, Donna M., and her 12-year-old daughter, Elizabeth, who visited the Creation Museum but outside of regular museum hours. Elizabeth’s immune system is very low because of chemo treatments she has had after going through a bone marrow transplant—she is at risk of picking up some kind of a “bug” when around a lot of people. Elizabeth had been out of the public for 13 months; she has been either at her home or in a hospital. The first thing she wanted to do after she started feeling better and could venture out in public to a limited extent was: visit the Creation Museum! Elizabeth’s mom wrote us this week to thank us for opening the doors to her (plus son Jeffery and mother-in-law Joan):

Thank you so very much for your royal treatment on Tuesday.

Elizabeth and Jeffery enjoyed the visit and were fascinated by all the live action displays and videos. We (adults) had just as much fun! Without the special arrangements you made for us, it may have been 6–12 months before she could have been exposed to such a wonderful, faith-cementing place.

If you could just imagine a twelve year old who cannot go anywhere or be with anybody, then just maybe you can imagine what an impact you had on us ALL! Thank you for extending your arms out to us.

If you came to the Creation Museum last week, you may have wondered why we had American flags lining the driveway. 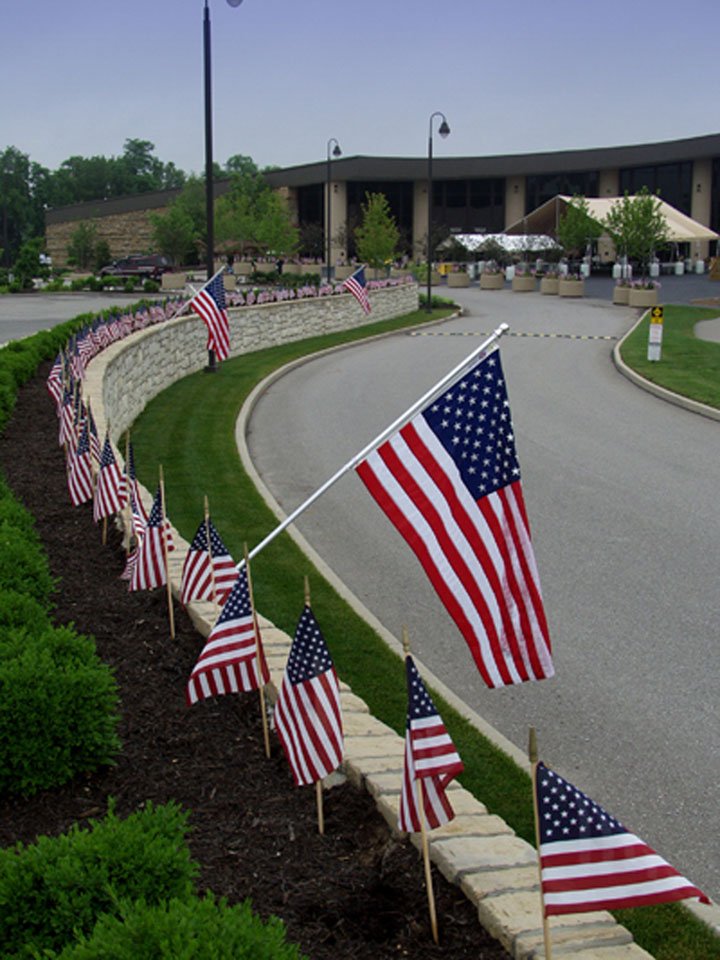 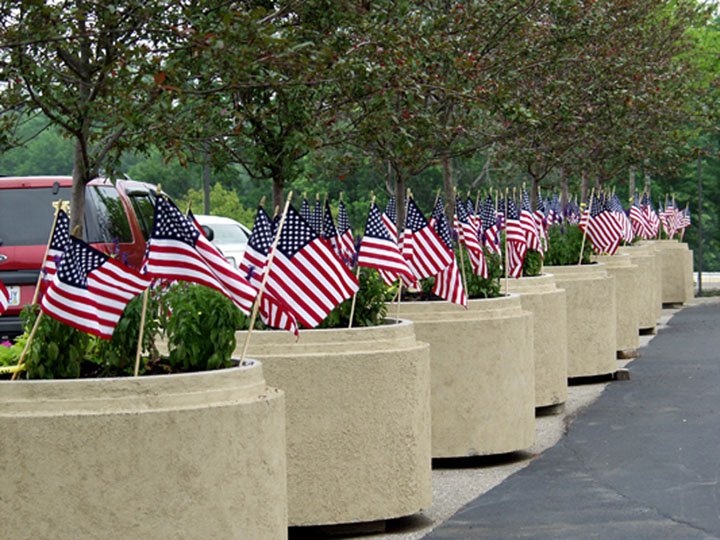 We were celebrating Flag Day. In case you are not familiar with this, here is an excerpt from the website Wikipedia:

In 1916, President Woodrow Wilson issued a proclamation that officially established June 14 as Flag Day; in August 1949, National Flag Day was established by an Act of Congress.

Flag Day is not an official federal holiday, though on June 14, 1937, Pennsylvania became the first (and only) U.S. state to celebrate Flag Day as a state holiday.

Title 36 of the United States Code, Subtitle I, Part A, CHAPTER 1, § 110[2]is the official statute on Flag Day, however it is at the President's discretion to proclaim officially the observance. CHRISTIAN CAMP VISITS BUDDY DAVIS

I have included three photos of a Christian camping group from Round Lake Christian Camp that were camping at Buddy and Kay Davis's place this week. Buddy spoke to them and shared his testimony and talked on dinosaurs. They are holding meetings in the covered bridge, hiking through the woods, shooting archery, etc. Many of the campers were well familiar with AIG and use our materials. Buddy also directed them to our website if they had questions. The camp staff is coming to the museum in July. 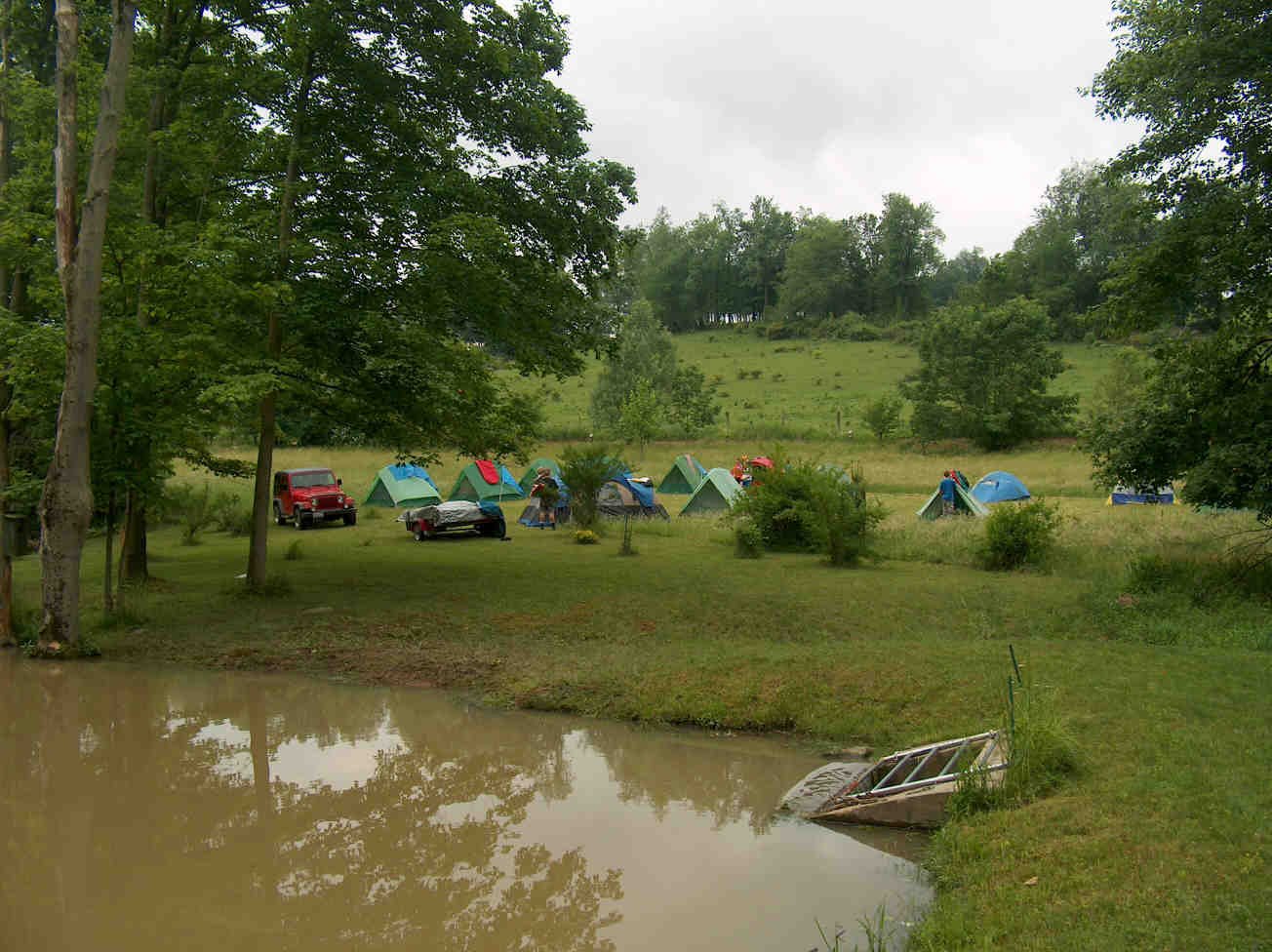 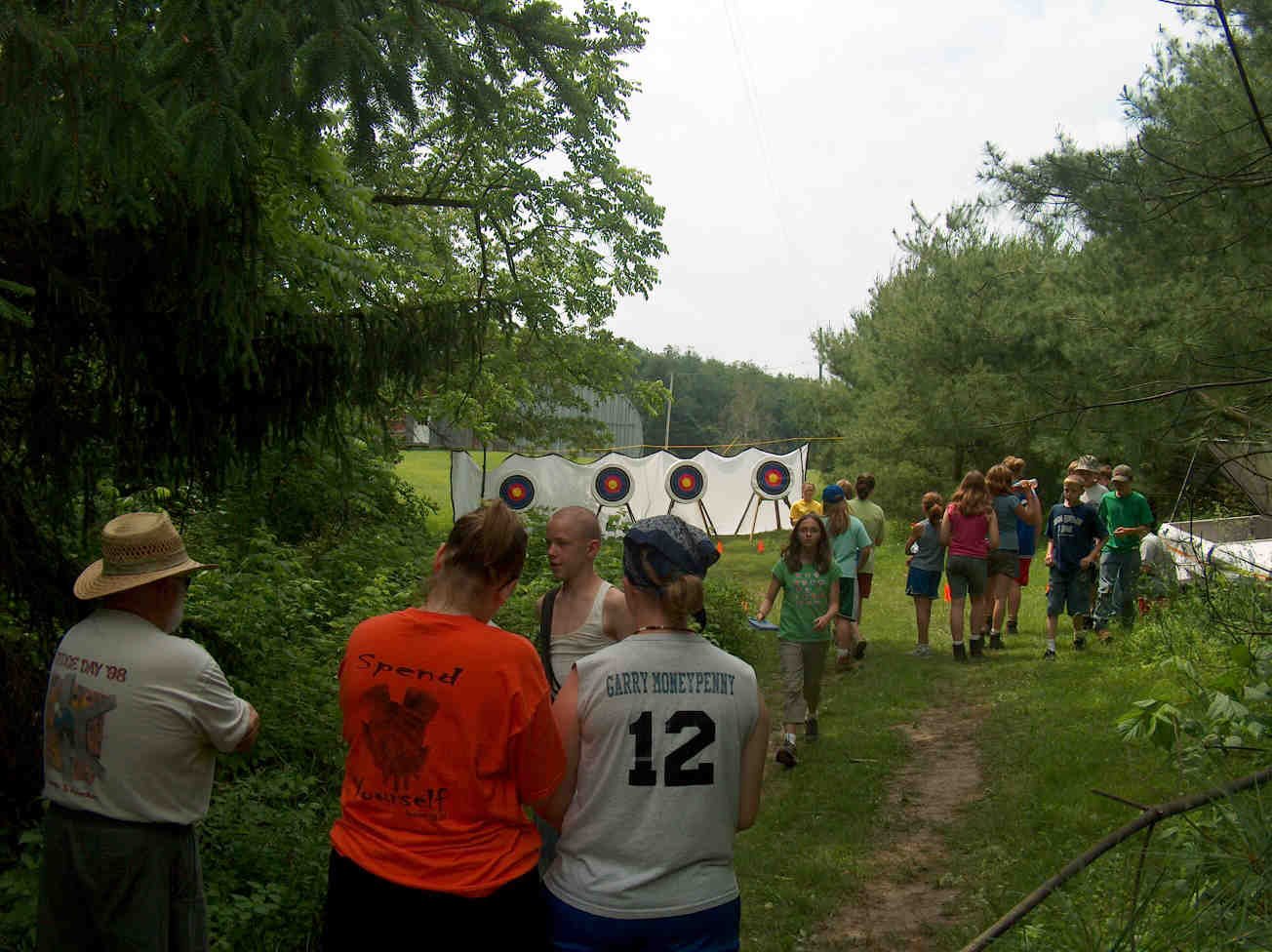 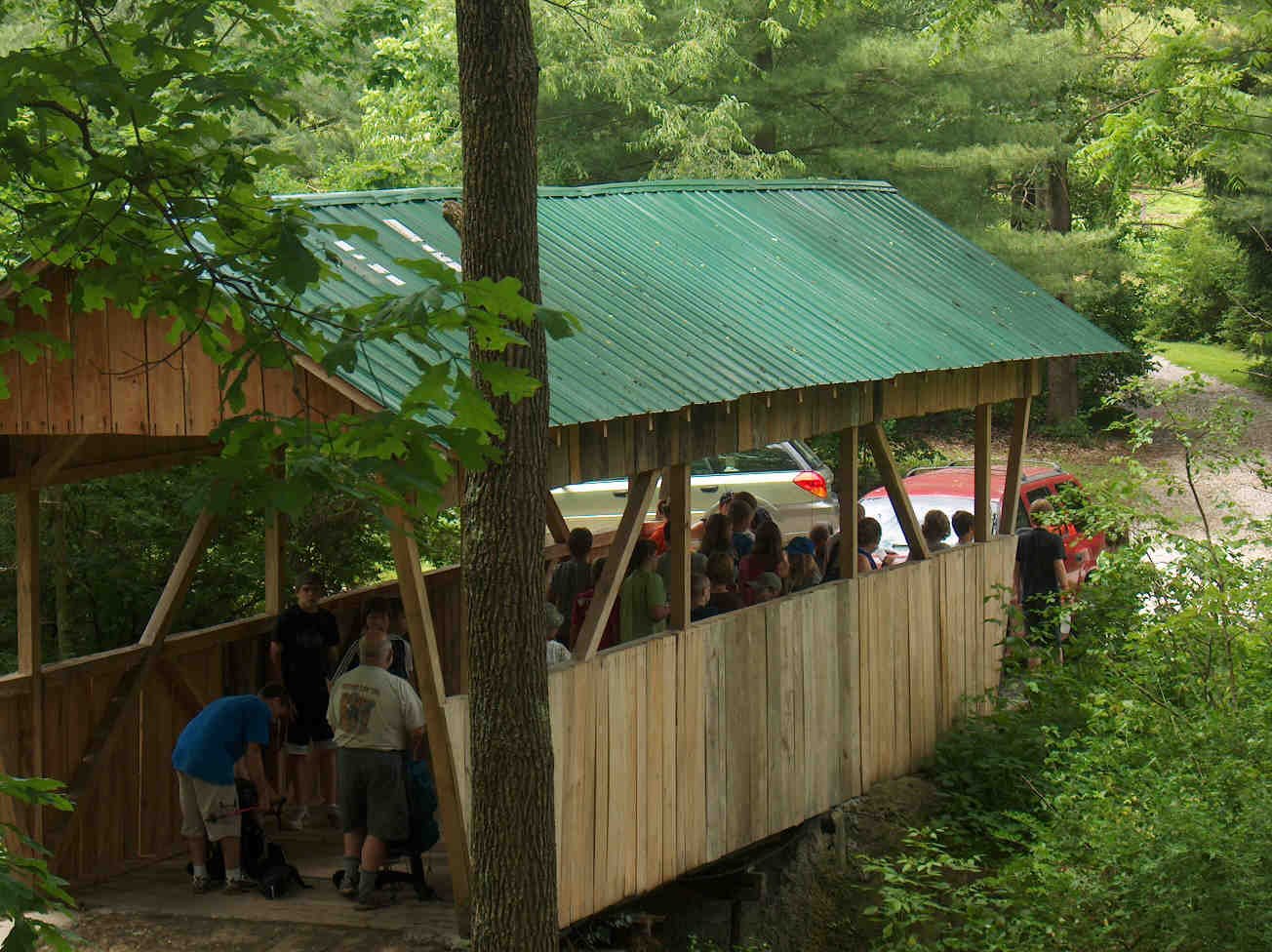 “To be so absurd”

To be so absurd as to preach, hope, and pray for Jews to be saved is nothing less than firm confidence in the Lord Jesus Christ to make good on promises for them. Thanks for stopping by and thanks for praying,