This is AiG's first time to exhibit at the Shepherds' Conference at Grace Community Church (north of Los Angeles). It is a great outreach to thousands of pastors. All of them are receiving a free copy of The New Answers Book (currently AiG’s most popular selling book). There is a lot of excitement about our other products, including our new VBS program and Demolishing Strongholds worldview curricula for young people and adults, as well as the Creation Museum.

Attached are a few photos from the Shepherd's Conference. These show some of the crowd of pastors in the bookstore, along with the AiG booth and Gary and Dan, who are representing AiG there. This event ends on Sunday ... 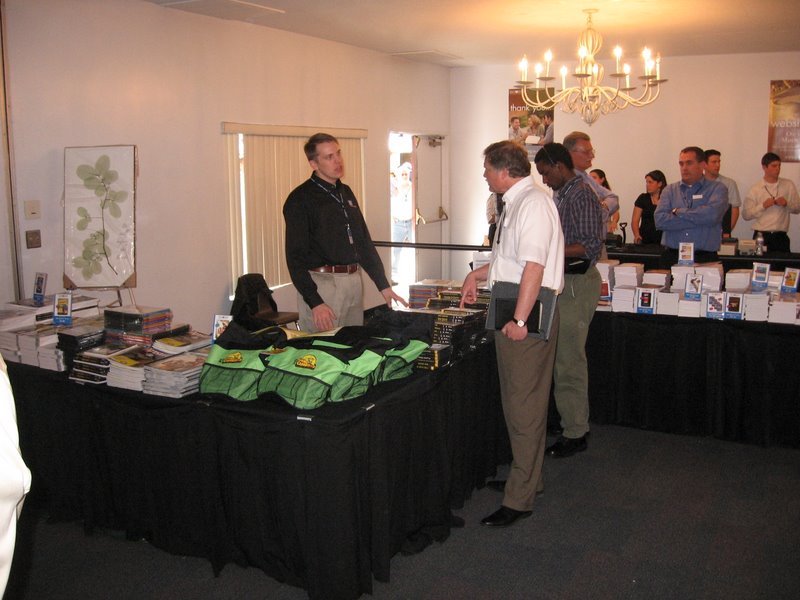 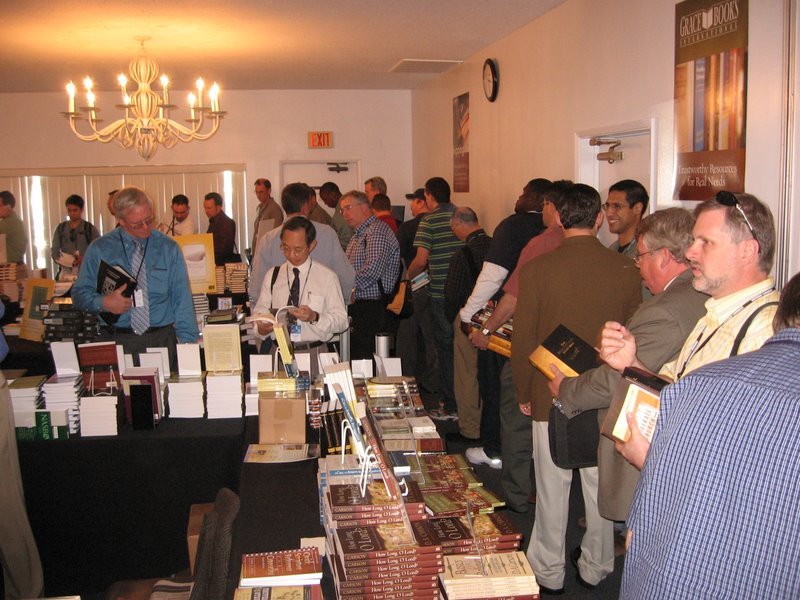 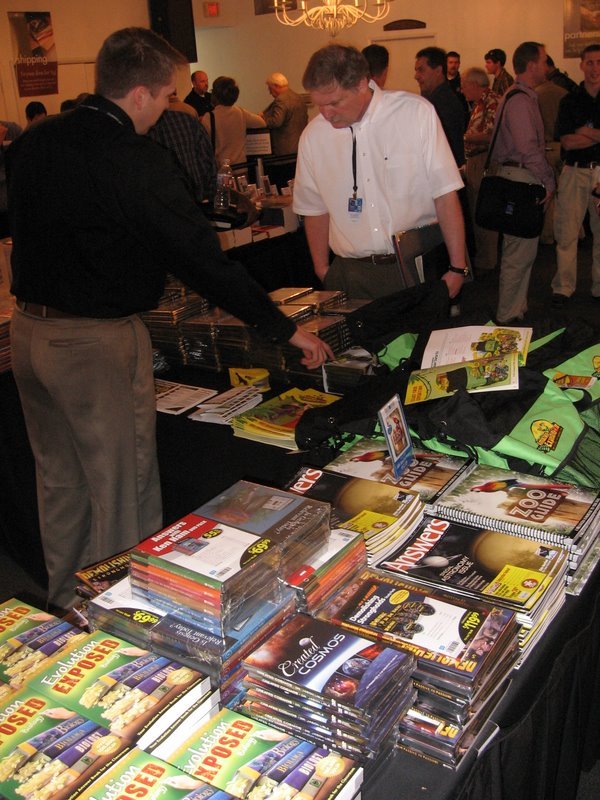 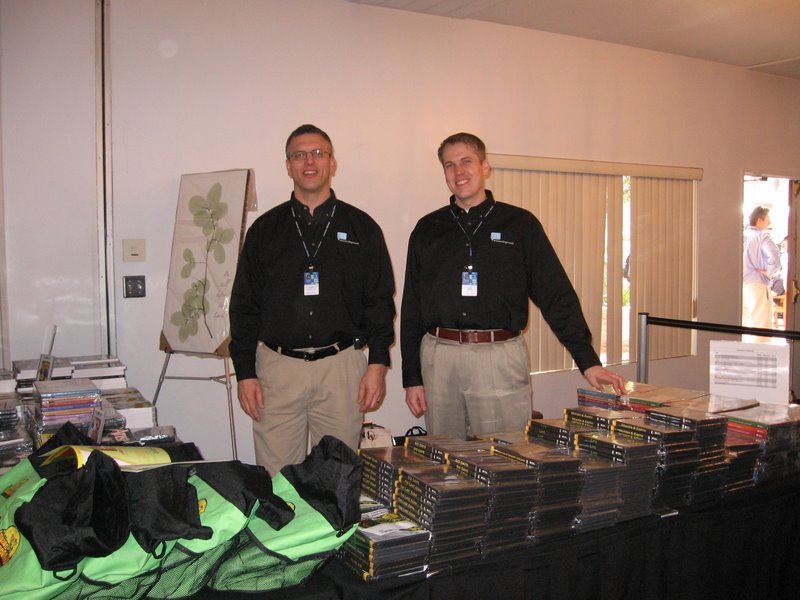 Over 3,000 pastors in attendance, representing 49 states and 34 countries. We praise the Lord for the opportunity to reach these Christian leaders.

MORE ON HOMESCHOOL RULING IN CALIFORNIA

While this event has been going in that state, a court there ruled that homeschooling is illegal in California. On Friday, James Dobson commented on this very serious situation, and I thought you should read what he said:

“The court is guilty of an imperious assault on the rights of parents,” said Dr. James Dobson, founder and chairman of Focus on the Family <http://www.focusonthefamily.com/press/pressreleases/A000001094.cfm>. “How dare these judges have the audacity to label tens of thousands of parents criminals — the equivalent to drug dealers or pickpockets — because they want to raise and educate their children according to their deeply held values.”

You can read the entire report about what James Dobson said at: http://www.citizenlink.org/CLtopstories/A000006717.cfm

A Creation Museum visitor recently sent this to a friend:

…. even in two days it was information overload. What a lot of stuff they have there!!! I would highly recommend visiting the Creation Museum! It is unlike any other museum I've been to. It is very interesting. Almost every display had a little video by it that you could watch. It is so neat to see their emphasis on God's salvation and how great He is. Words cannot really describe it. You have to see it to understand.

AiG TO RECEIVE AWARD AT NRB

I am currently in Nashville, Tennessee for the NRB (National Religious Broadcasters) annual conference. On Saturday evening, AiG will be receiving an award for the best TV commercial of the year. This commercial advertises the Creation Museum and was produced by AiG’s outside marketing agency, Joseph David Advertising. This commercial has already received another prestigious award in the secular world.