When Mark Looy of our staff (Chief Communications Officer) told me he was going to an RNA conference in San Antonio, Texas, I wondered: when did he get so interested in molecular biology?

Well, this RNA stands for the Religion Newswriters Association, and Mark is attending their 3-day annual convention with about 250 religious writers (many of them writing for major newspapers; for example, a New York Times writer is there). While we have had perhaps 150 reporters here at the Creation Museum since May when we opened, we want to reach many more who have not been able to visit and interview us. So here was a golden opportunity: we went out to meet them, and engage even more reporters.

I praise God for the incredible exposure the museum has received in the press—and may receive as a result of being at this convention.

Now, at this Religion News writers Association annual convention in San Antonio, Texas, Mark Looy came across a rather curious display at the convention’s exhibit hall: of “religious” groups: the secular humanistic group Center for Inquiry. But should we be surprised that they (made up mostly of atheists) were there? No, because think about it: atheism is a worldview. It’s a religion—they explain life without God, by naturalism. This is the religion of much of the public school system these days. So why not be at a religion news writers’ convention, even if you are an atheist? (The fuzzy photo you see of the display—which shows a “secularism” poster with well-known atheist author Sam Harris—was taken on a cell phone.) 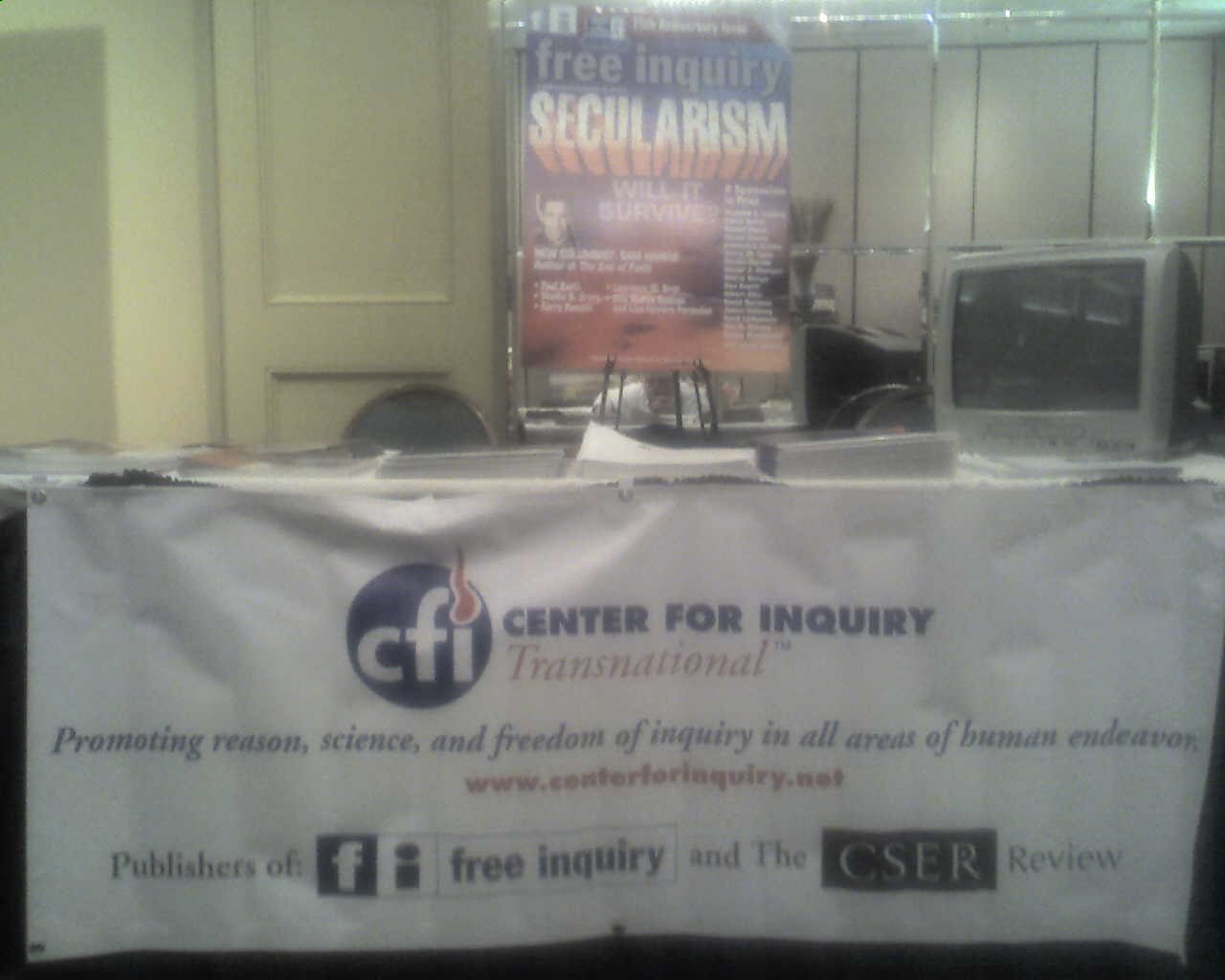 In the past year or so, atheists have become much more visible—and vocal. It ranges from the rants of evolutionist Richard Dawkins in the media, to atheists displaying at a religion-themed conference (and protesting the opening of AiG’s Creation Museum). By the way, in a few days Mark will write a web article for our site about the so-called “new atheists” and how one atheist group recently bashed our Creation Museum as the cover story for its magazine.

Mally and I arrived home from all the speaking engagements in Indiana. Tomorrow I travel to Texas for the NANC conference. Over 209,000 visitors to the Creation Museum since opening week—and a big day is expected today!