They keep coming to the Creation Museum

I have included a couple of photographs taken as groups of people and many individuals continue to pour into the creation museum. They come from across the USA and all over the world. We do expect a very busy summer, and praise the Lord for the response. In the meantime, Museum staff continue to work on a special Dinosaur exhibit, that will house a number of the Dinosaurs sculptured by Buddy Davis, for opening on July 4. There are a number of other exhibits that are being worked on and will gradually be added as they are completed.

Mally and I are in Wisconsin right now as I begin a second day of speaking at a homeschool conference. We continue to receive so many testimonies from people who are so thankful for the ministry of AiG and how it has positively affected their families. Once again I'm thrilled with the number of young people who love the teaching from AiG. 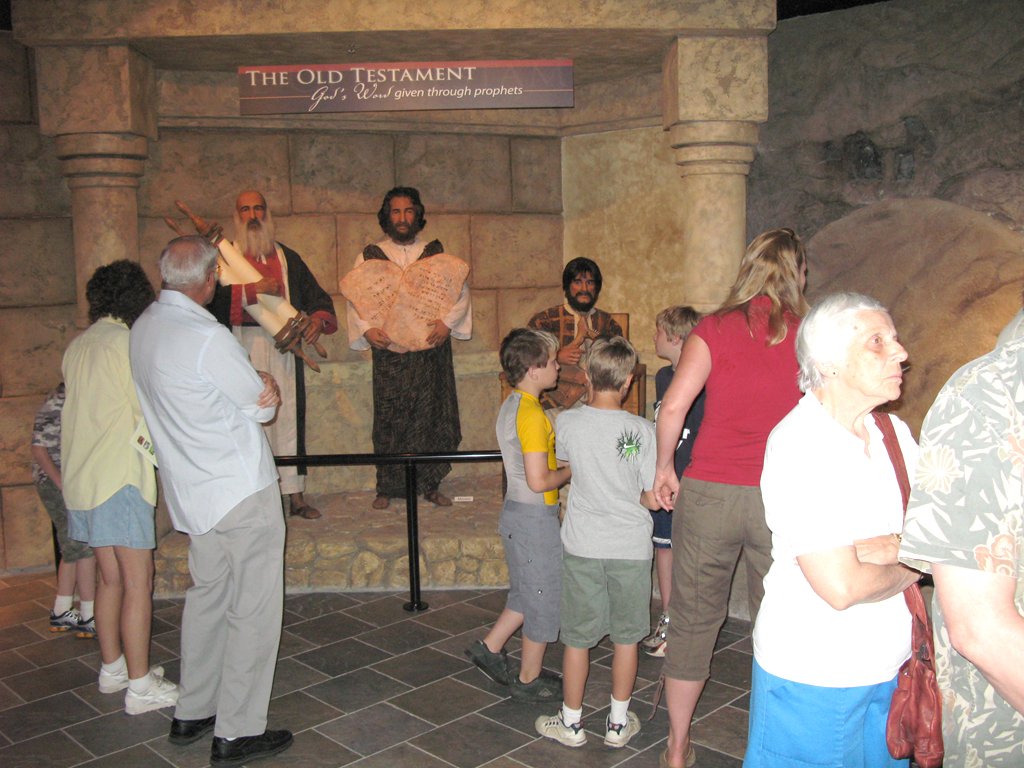 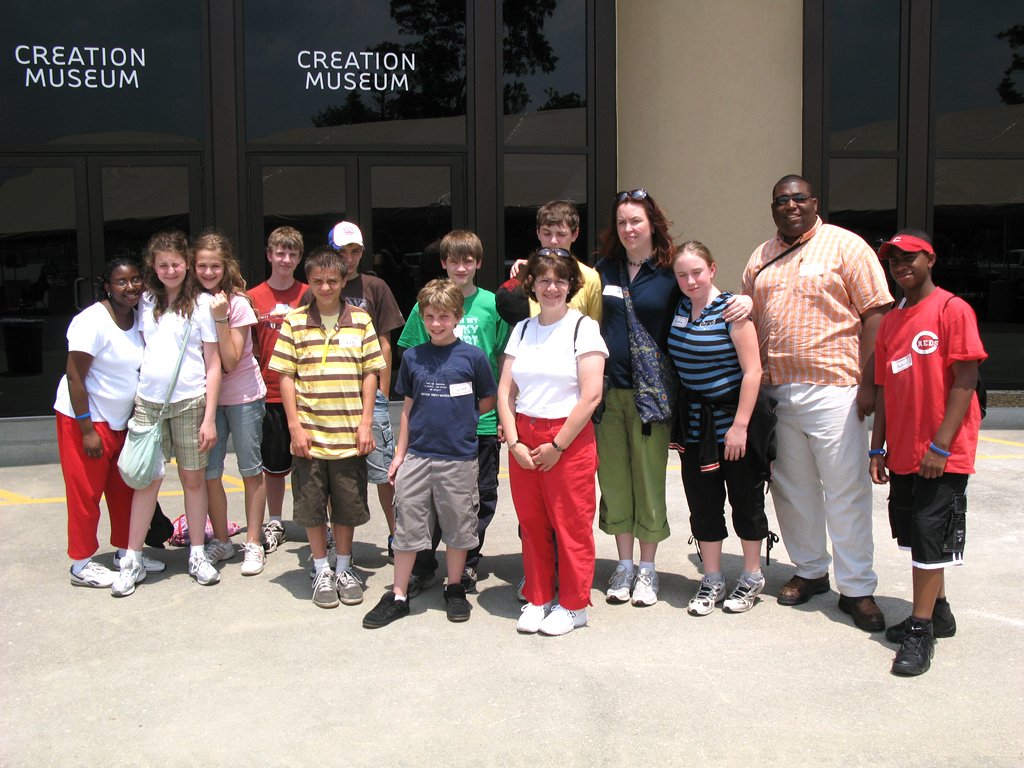 I have received so many media reports from around the world, it would be too difficult to include them in this blog. However, I wanted to include one from my homeland of Australia: http://www.news.com.au/heraldsun/story/0,21985,21834093-663,00.html

Aussie science teacher has opened the world's first Creation Museum. Co-founder Ken Ham says the museum is founded on the beliefs the world is 6000 years old, was created by God in six days and that dinosaurs walked the planet alongside humans. The Biblical attraction in Petersburg, Kentucky, opened this week in the US to 4000 visitors. The museum features hi-tech exhibits designed by a theme-park artist, including animatronic dinosaurs aboard a wooden Noah's ark that is at least two storeys tall, plus a special-effects theatre and planetarium. "So far it has exceeded our expectations," Mr Ham, 55, said. He predicts the museum could generate about 250,000 visitors a year.

I would ask you all to specially pray for the Creation Museum and the ministry of AiG at this time. When an organization like this gets such worldwide publicity, there is no doubt there will be spiritual attacks on the ministry. Please pray the Lord will place a hedge of protection around the Creation Museum and the general ministry as God's Word is honored and the gospel is proclaimed.