This morning I spent some time talking with our host (Eitan Kashtan) so I could better understand his ministry over here to enable me to write a letter for our supporters. We will also put this letter on the web once it is sent out. I am truly amazed at how the Lord is using Eitan and his wife Orit to proclaim the gospel in Israel.

1. We traveled through the Negev and Judean deserts to get to the Dead Sea. On the way we saw many Bedouin settlements--it was strange to see what I would call "run down shanty towns" with satellite dishes! We also saw the traditional Bedouin tents and the shepherds herding their sheep. It seemed as if we had gone back in history and were witnessing what was done in Biblical times.

3. Our first stop in this area was at the cable car to take us up to the famous Masada. It was absolutely mind boggling to see the ruins of what Herod once built--three palaces; massive cisterns for collecting water; bath house; massive food storage--all on top of this mountain. This was also the place where many Jews escaped from the Romans--then the Romans attacked by building a ramp up the mountain. You can still see the Roman ramp--it's just unbelievable how much earth and rock they moved to build this ramp. As we walked through Masada I thought about the last days of these Jews before they committed suicide rather than be captured. Now I want to see the classic movie that was made about this place--you can still see evidence of where they built some of the movie sets at the base of the mountain.

I have attached a photograph of Mally and I standing on top of Masada at the place of Herod's northern palace, overlooking the desert and the Dead Sea.

4. We then traveled to a place where Mally and I had to have the opportunity to float in the Dead Sea (see photograph). We had to be careful not to swallow the water or get any in our eyes. After you come out of the water you feel as if you are greasy all over your body--this is from all the salts and minerals. Many people come to lie in this water as they believe the salts are good for healing.

There were a number of people in the Sea when we arrived--even a lifeguard--but we didn't stay in long! After you get out you have to shower immediately and wash all the salts and minerals off. Well, that was an experience.

5. We then traveled to En Gedi (the place where David cut off a piece of Saul's clothing, but didn't kill him even though he could have).

6. On to Qumran--the place where the Dead Sea Scrolls where found. I took some photos of the caves above the old town where the Scrolls where found (I'll include some photos of these caves in a future Blog). The Jews hid them here when they knew the Romans were coming--then many of them went to Masada where they held out until that sad end when they killed themselves rather than be captured.

7. Then on to Jerusalem so we could get back to the town we are staying in. On the way out of Jerusalem, Eitan said, "this is the most bombed intersection in Israel--10 suicide bombs exploded here!" I took a photograph of soldiers at this intersection. However, there hasn't been a bomb here for about a year now.

8. On the way home, Eitan pointed out the valley of Ajalon (see photograph) - this was the valley referred to in the Bible when Joshua prayed for the sun to stand still so they had more time for the battle. I had to get a photo of this--just brings history alive.

Well, tomorrow we are going to Jerusalem for the day. After we got home this afternoon, I wrote the monthly letter for AiG supporters that we will send out in about a month. I will also spend this evening preparing for the Christian leaders seminar on Friday in Israel. 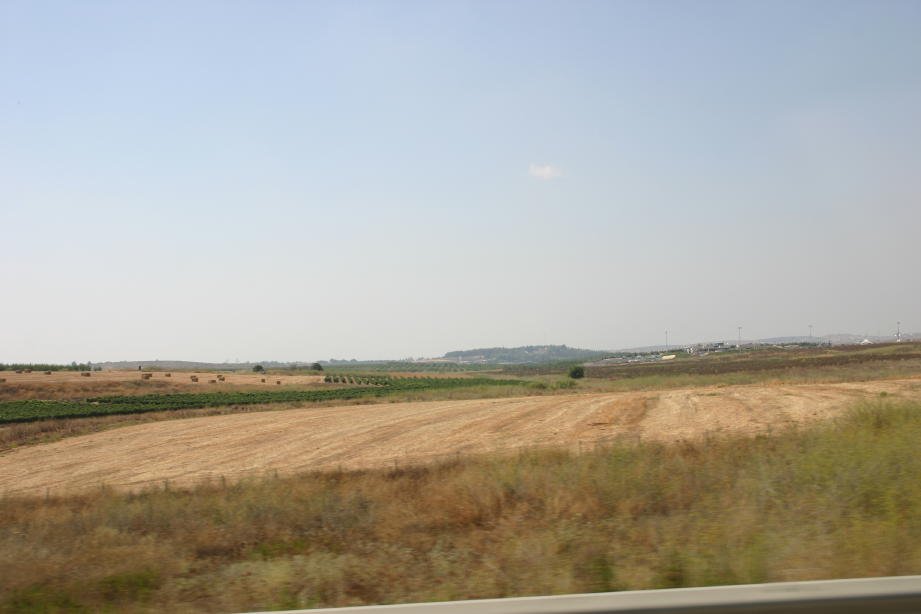 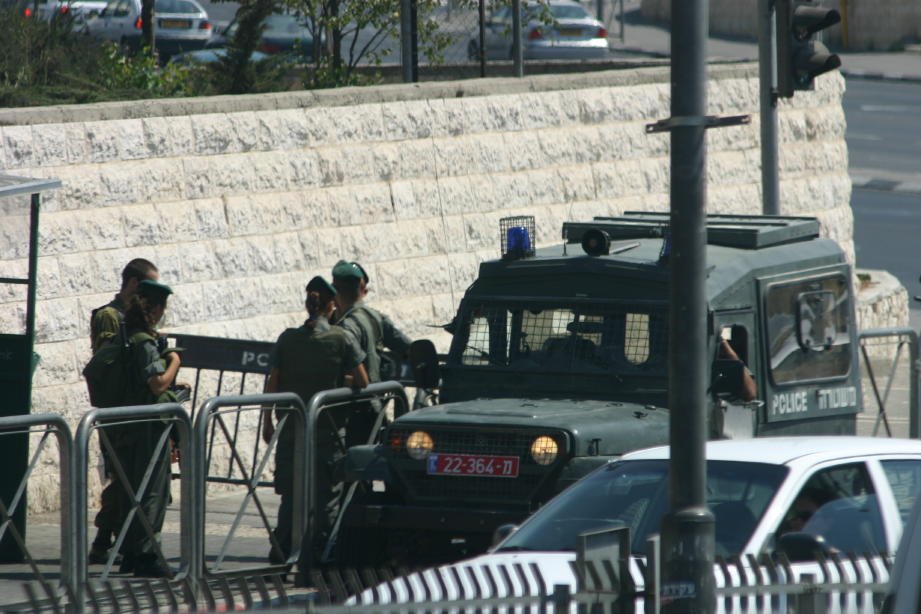 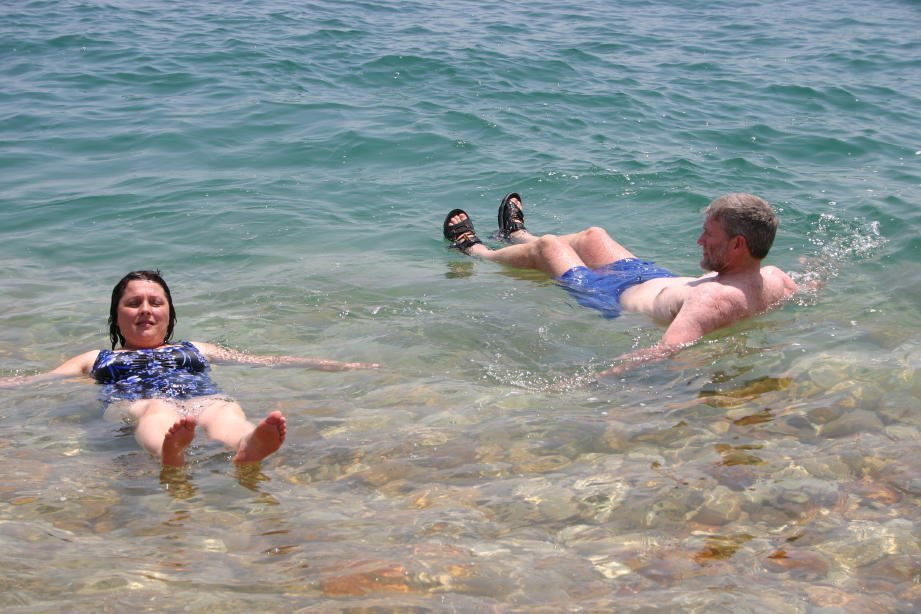 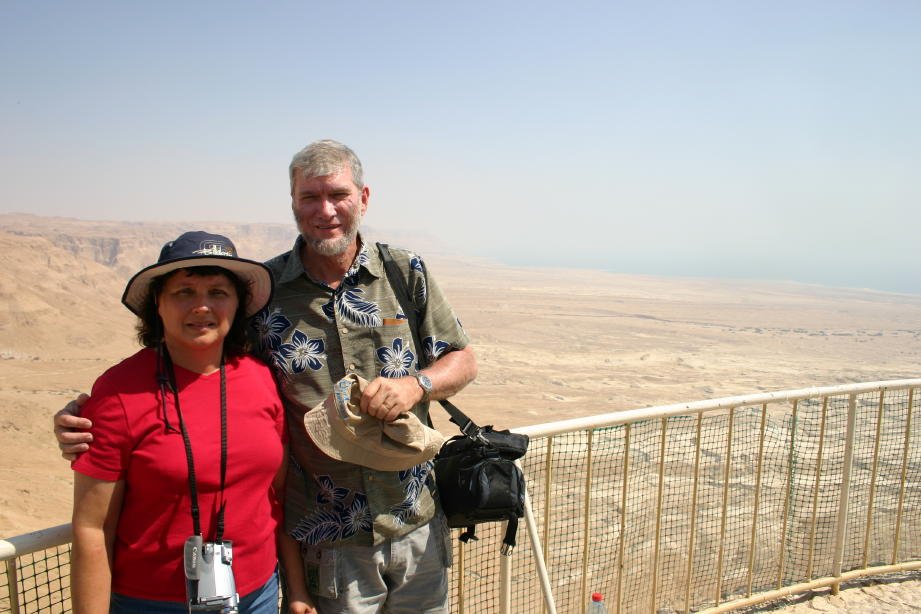