Dinosaur Gets a Facelift

Over the years, Buddy Davis has sculptured around 70 life size model dinosaurs. Now that we are moving ahead (by faith) to get the Creation Museum open in April 2007, the dinosaurs are getting a face lift!

Friends of AiG (who have their own Design Studio), Doug and Kathy, came to AiG this week to do the 'face lift.' These two photos show Doug and friend Nate giving the Dilophosaurus some special attention. 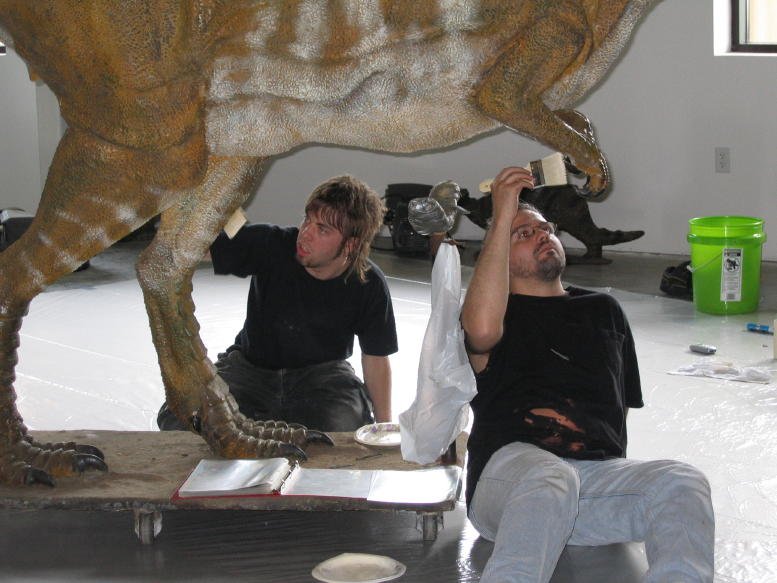 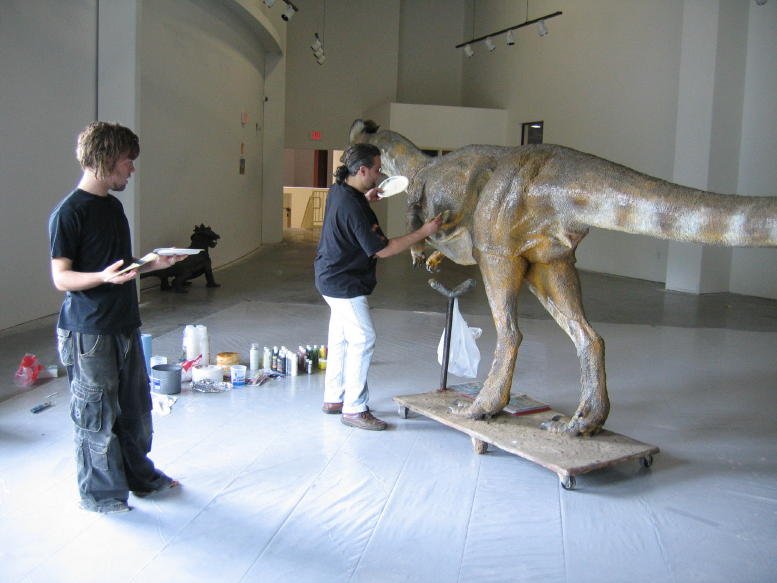 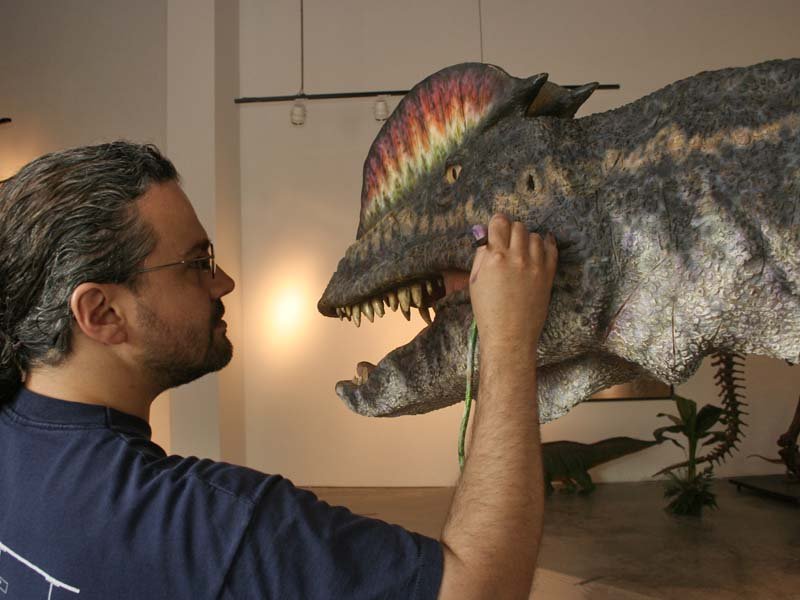 Even though the Creation Museum doesn't open until 2007, I'm amazed by how many people are dropping by even now to see the construction progress. In the attached photo, Jim Hatton (far left), our ministry's CFO, played host to a group of businessmen on Tuesday, as well as the county's Judge Executive, Gary Moore (center), while I have been overseas.

Mr. Moore is the top elected official in Boone County (where AiG is located). This county, named after the famed frontiersman Daniel Boone, is no longer the backwoods area near Cincinnati that many knew just 20 years ago. Over the past ten years, Boone County has become one of the fastest growing counties in the eastern part of the US, but still retains much of its rural beauty (especially in the western part of the county, where AiG is now located). Mr. Moore and the county commissioners provide the leadership for this area, and it was Mr. Moore and two county commissioners who voted in favor of re-zoning the property for the Creation Museum and new AiG headquarters a few years ago. 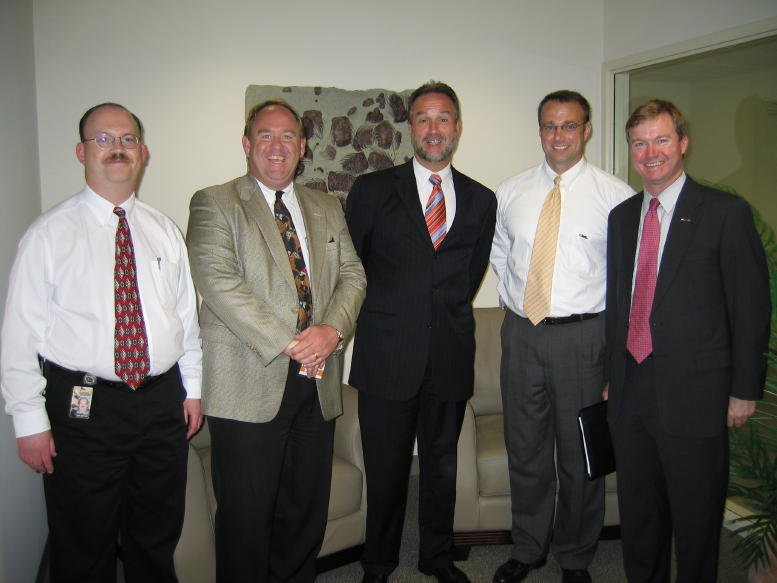